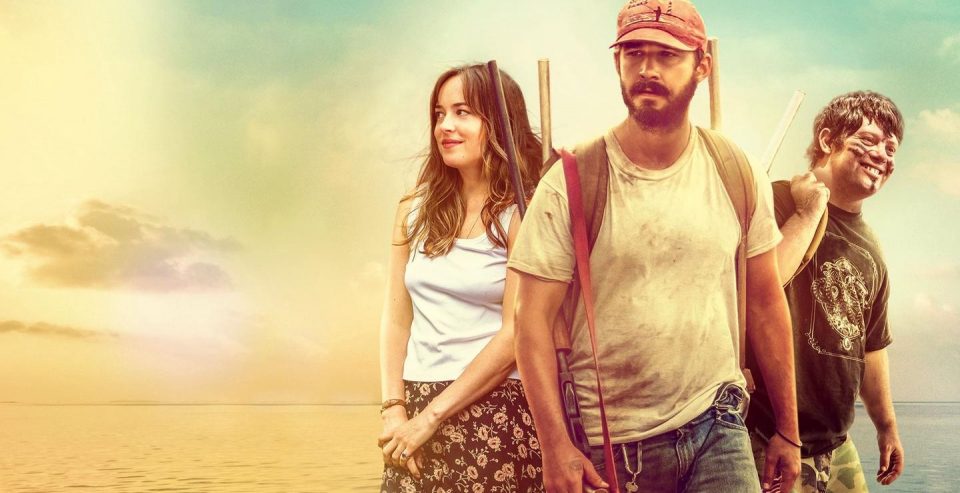 While not the kind of film that’ll move the needle in the box office or in general cinephile circles, The Peanut Butter Falcon will no doubt linger in the minds of many who find the time for it. It’s a refreshing reminder that films don’t need to be deeply intellectual, have big set pieces, or be multi-layered in terms of narrative. The delight of watching it comes from its straightforward storytelling, competent filmmaking, absolutely fantastic bluegrass soundtrack and incredible ensemble of character actors. Just don’t make the mistake of judging it by its awkward title.

What makes Peanut Butter unavoidably poignant – but, to the film’s huge credit, never sappy – is its central hero Zak, played by Zack Gottsagen, a first-time actor with Down’s syndrome. We meet Zak while he’s living in a North Carolina nursing home, dreaming of escape and becoming a wrestler. He’s loved by the other residents, including a curmudgeonly old timer Carl (Bruce Dern) and his very kind and tender caretaker Eleanor (Dakota Johnson). Trouble is, Zak is incredibly bored, and after being egged on by Carl (who is sick of watching Zak’s wrestling videos over and over again) the boy finally manages to run away.

He finds shelter in the unlikeliest of places, when he hides in a boat belonging to Tyler (Shia LeBeouf), another wandering soul with a much darker past but a heart that’s just as heavy and just as big. After double crossing a couple of lowlife local crooks (John Hawkes and rapper Yelawolf), Tyler motors away on his boat – having no idea that he’s taking Zak with him.

The two make for a dubious dynamic duo, but therein lies most of the film’s heartwarming charm. Zak is insatiably curious, inquisitive and open-minded, Tyler the polar opposite; easily annoyed, closed-off and haunted by flashbacks of a past tragedy involving his older brother (Jon Bernthal). Opposites attract in a beautiful way with these two, as they continue their “river trip” down the banks of North Carolina, their bond growing more and more powerful, and naturally so – suggesting a genuinely deep friendship. It’s the kind of stuff that can thaw the coldest of ice cubes.

Gottsagen is the unknown among an ensemble of veterans, and he more than holds his own. As soulful as his debut is, though, it’s LaBeouf who actually steals the show. He absolutely disappears into the role – with every spit, smirk, squint, quiver and twitch he seems to add a new layer of nuance to Tyler and, before it even fully sinks in, you realise you’re watching one of his greatest performances. Dare I say, his best?

Next to the impressive array of performers (with only Johnson proving to be the weak link, sadly), debutant full-length feature directors Tyler Nilson and Michael Schwartz deserve all the plaudits under the scorching North Carolina sun. The level of control, the comfortable pace that never feels rushed and not a single scene overstaying its welcome; all that set against the exotic, swampy and seedy allure of the North Carolina backdrop, where you can almost feel the sting of the mosquitoes through the screen. The filmmaking future is bright for Nilson and Schwartz.

A road trip wrapped up in a coming-of-age buddy comedy with a wrestling fable for an intermission and an atmosphere straight out of a Mark Twain novel, The Peanut Butter Falcon is a wonderful surprise that dodges all of the sanctimonious pitfalls it could’ve so easily fallen into. The movie packs a whole lot of emotion and feeling in a tight package that keeps on giving every time you remember one of its kooky characters or the brotherly bond that develops between Tyler and Zak. What a real gem of an indie film! And exactly what the doctor ordered to lift the spirits in a year like the one we’re having.

Coronavirus: Clarifications on ban on kids’ activities in Limassol and Paphos