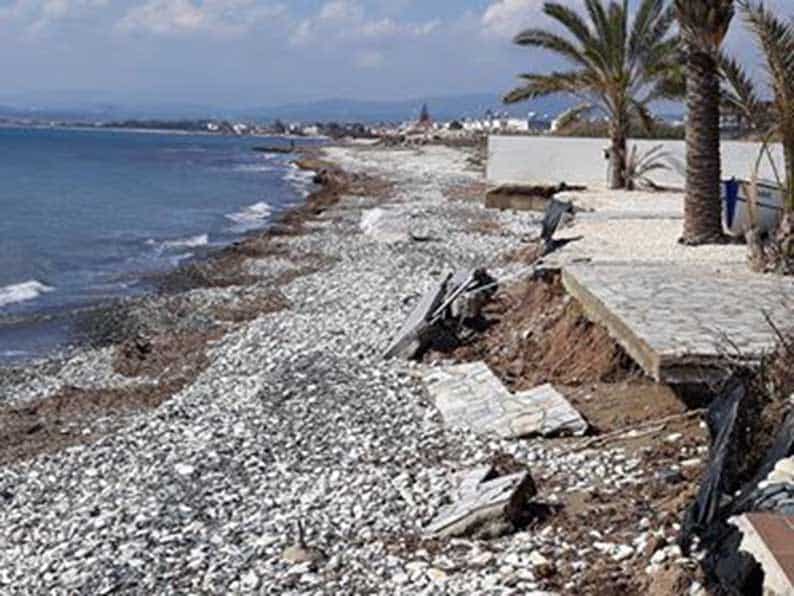 Works for the construction of breakwaters at the Pervolia and Oroklini bays are expected to start at the beginning of next year, Transport Minister Yiannis Karousos said on Friday.

The minister visited the two Larnaca district areas and met with the community leaders of Pervolia and Oroklini, Costas Tiggis and Neophytos Fakontis respectively.

He discussed with the two local government heads various projects underway in the two areas.

Karousos said that the tender competition for the construction of nine breakwaters in the Pervolia bay is expected to be announced by the end of the year, with the aim of seeing works starting at the beginning of 2021. The project was estimated at €6m plus VAT.

As regards the Oroklini bay, the minister said seven breakwaters would also be constructed. By the end of the year the tender competition will be announced also for this project with works expected to start early 2021 as well. The cost is expected to be around €4.5m plus VAT.

The terms of the Oroklini tender provide for the demolition of the existing cantilever in front of Lebay Beach Hotel and the elevation of the three existing breakwaters to the east.

The aim of these projects, the minister stressed, is both the protection of bathers and of the coastline of the two communities.