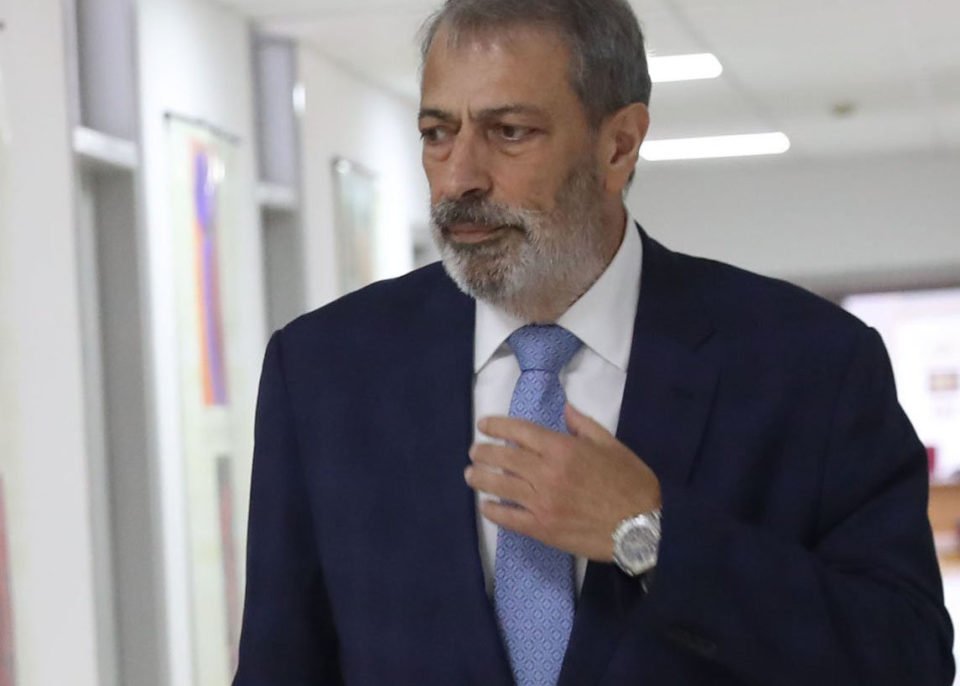 Attorney-general Giorgos Savvides on Saturday called on the auditor-general and his office to back off from looking at aspects of the citizenship by investment scheme and allow the independent investigators to do their job without hindrance.

The call came in response to a lengthy statement issued by the audit office earlier on Saturday slamming the government for refusing to hand over a July 2019 cabinet decision granting citizenship to 18 people connected to the casino investment essentially “for the sake of it, outside the legal framework and in a hurry”.

The audit office said it’s powers to check government finances were derived from the constitution, and superseded those of the investigating committee.

But Savvides hit back in a brief written statement telling the audit office to drop its own pursuit of the probe.

“I call the auditor-general and the audit office to note that the attorney-general is the guardian of the constitution and the laws,” he said.

“Actions and statements that undermine the opinions and decisions of the attorney-general constitute a diversion.”

The handling of the citizenship probe is the responsibility of the AG, he added.

“The investigating committee appointed to examine the naturalisation of foreign investors should be allowed to continue its work without hindrance.”

Hitting back, the audit office said it was an independent institution and was not “under the guardianship of anyone else”. It was only trying to defend its independence as others try to obstruct it, a statement said.

“The audit office expects the support of the attorney-general when their service is being attacked. We believe it is our constitutional duty, and not simply a right, to exercise our designated powers and authorities.”

A probe was launched by the auditor-general 10 days ago focusing specifically on the 18 passports linked to the casino project because they had been approved for citizenship by the cabinet all on the same day.

According to the watchdog’s preliminary findings, the 18 in question appear not to have invested “a single euro” either in purchasing a residence here or any other form of investment – a precondition for being eligible for citizenship under the programme.

“It’s inconceivable that passports were given gratuitously to directors or shareholders of a company that had bid in an open tender procedure and won the contract [for the casino],” an audit official said last month, adding that any investment in the context of the citizenship-by-investment programme should have been made by the investor personally and individually, and not by the company in which he was either a shareholder or director.

To take the probe forward, the audit office said on Saturday it had asked for the cabinet decision approving the same-day applications. The audit office it said, had been told by the gaming authority that during the tenders process for the casino, they had been assured that no demands had been made by the investors to expedite the procedure as a condition to complete the project on time.

In its preliminary report last month the audit office said it had recorded as a finding that, of the 748 citizenship applications submitted after May 21, 2020 and approved by the cabinet, “a clear distinction is made for 23 applications for which there are ‘instructions for acceleration’. For these, the average processing time was 169 days compared with the remaining 725 applications for which the corresponding average time was 327 days,” the audit office statement said. Eighteen of the 23 cases related to the casino, it said.

“From all the data we were able to collect for six of the 18 cases of naturalisation related to the casino resort, it seems that these 18 persons were naturalised in groups, based on a decision of the council of ministers on July 25, 2019 without meeting the criteria in force.”

Specifically, it said six people identified as directors of the parent company did not pay or prepay income tax in the Republic and are not owners of a permanent private residence of any value.

The remaining 12 persons naturalised by the same cabinet decision are not included in the directors of the two Cypriot companies related to the investment of the casino resort, the audit office said.

“It therefore appears that these persons…  did not meet the applicable criteria. They were essentially naturalised for the sake of it, outside the legal framework, and even in a hurry,” it added.

The audit office said that under the current legal framework, the naturalisation of company directors requires a fee that generates tax revenue of €100,000 over three years, and in addition the purchase of a privately owned home worth €500,000.

Based on this information, the audit office said it sought to see the cabinet approval of July 2019 to complete the audit. “Shortly afterwards, the secretary of the council of ministers informed us in a confidential letter about the refusal to provide a copy of the said decision.”

The audit office said it respected but disagreed with the legal opinion by the attorney-general last month barring them from obtaining any files related to the citizenship scheme pending the outcome of the independent investigation.

The audit office said the constitution explicitly stipulates that the auditor-general controls every collection and payment related to the government and that the constitution superseded the regulation mandating the separate probe into the scheme.

“The constitution also explicitly provides that the auditor-general has the right to inspect all relevant books, archives and statements, etc. We emphasise the fact that these are powers deriving from the constitution,” it said, adding that the scope of the audit office probe was of a different nature than that of the investigative committee “which was appointed after the commencement of our own audit but which we fully respect”.

“We also note that the committee of inquiry does not have the power to make its findings public,” the statement added.

“In essence, the minister of the interior has refused to allow us the most primary form of control audit, which is directly related to the loss of public revenue… an issue that has nothing to do with the work of the investigative committee”.

Commenting on the audit office’s initial report last month, Interior Minister Nicos Nouris said at the time that for 20 of the 23 cases it was decided to speed them along because they concerned large-scale investments “that had to do with the best interests [of the Republic], as we see it.”

The passports scheme was axed earlier this month after a report by Al Jazeera showed two high-ranking politicians, the speaker of the House and an MP – who have since resigned – appearing to pledge their assistance in helping an fictitious Chinese investor with a criminal record to obtain a Cypriot passport.