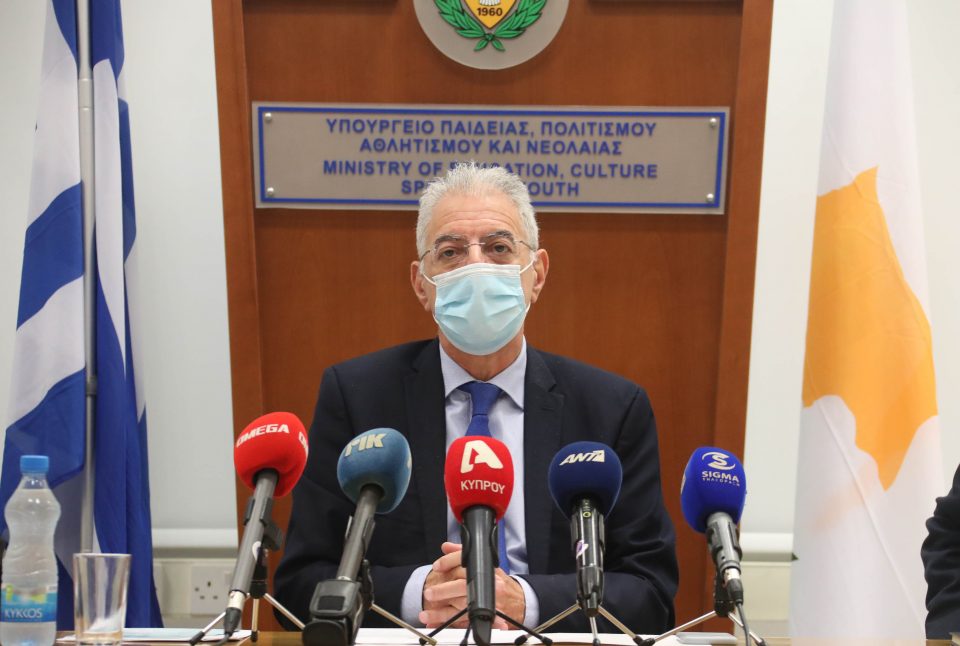 Education Minister Prodromos Prodromou said on Saturday no one was allowed to decide to shut down schools due to coronavirus except for the ministry.

Prodromou’s comment came a day after a decision by the municipality, the school board, and the parent’s groups in Polis Chrysochous decided to close schools due to the surge in coronavirus cases.

After a meeting with the parents’ associations, Prodromou said: “No one is allowed to take initiatives as they see fit and ignore the directions given by the health authorities, seek or publicise the shutdown of schools.”

He said the ministry was taking care to ensure the uninterrupted operation of schools and to allow children to receive an education as is permitted under the coronavirus protocols.

Only the education ministry can decide on schools in conjunction with the health ministry, he said, not those making “impromptu” decisions and interfering.

He cautioned parents about the fact that keeping children out of school gives them a chance to engage in activities where the same health protection measures taken at schools are not observed.

The parents association representatives stressed that every effort should be made to ensure that children attend school in conditions of health and safety and agreed that individual initiatives or attempts to replace central ones should be avoided. They pledged to cooperate with both the education and health ministries on the issues

On Friday only a few students showed up at the secondary schools in Polis Chrysochou, after Thursday’s decision by the municipality, school board and parents’ association to close them for two weeks because of a surge in coronavirus cases.

Mayor of Polis Giotis Papachristofi said the number of students was in single digits and called on the ministry of education to accept the request of the local authorities to conduct the lessons online.

“The schools are ready and can operate online,” he said.

He reiterated his concern about the many confirmed coronavirus cases identified in the two schools.

“It is not possible for the schools to continue their operation when 20 cases have been confirmed in the lyceum and three in the gymnasium, at a time when two-thirds of the students were absent on Thursday,” he added.

Papachristofi went on to say he understands online education is not the same as classroom education, but under the circumstances it is better than the students being absent from school.

“We urged the parents that they [the students] should not go to school and that is what they did today,” he said.

The district inspector of secondary education of Paphos, Zoe Polydorou, responded by repeating what she had said on Thursday, that all schools in the Paphos district were open and operating normally, something, she said, which has been communicated to the management of the schools.

It is the policy of the education ministry to limit contacts if there is a confirmed case, she explained.

Foden salvages a point for Man City at West Ham