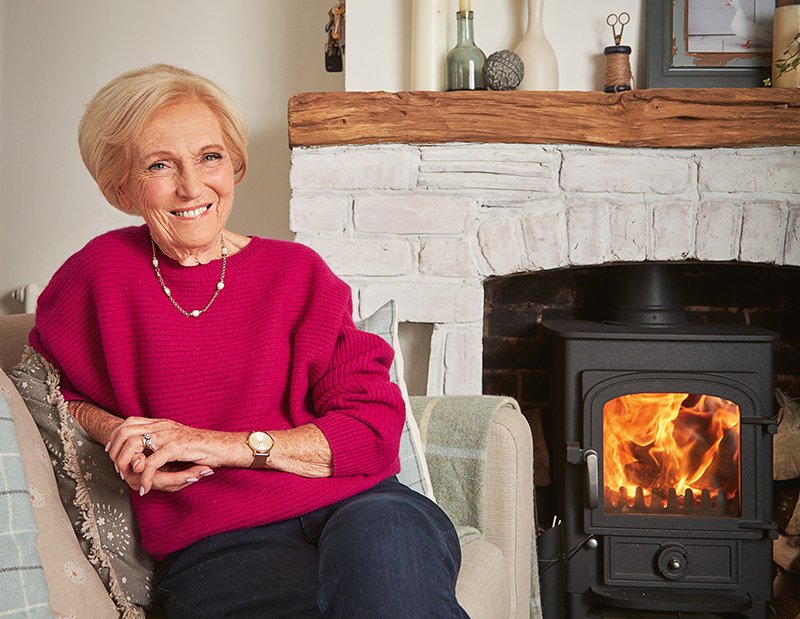 Putting a Mary Berry cookbook through a ‘tried and tested’ ordeal may seem like sacrilege to some. After all, the former Great British Bake Off judge is a culinary legend, the trusted guide of many a home cook, through many a decade.

But not even Berry rests on her laurels. At 85, she’s still writing cookbooks and for this one, Simple Comforts, also stars in an accompanying BBC series.

Making a souffle strikes fear into the heart of any home cook, me included. But, I have successfully made one before. And this one comes fresh from the pages of Mary Berry’s latest book, which seems to lull you into a false sense of security – you just trust her, don’t you?

I was wrong, of course, to trust her wholeheartedly. I spent a wonderful afternoon concocting this dish – which you can prep ahead of time and is genuinely relaxing to make. I even enjoyed finely chopping the mushrooms up into teeny-tiny dice.

It was all going swimmingly, but after whisking the whites to stiff peaks, the recipe says to ‘stir about a tablespoon of egg whites into the egg and mushroom mixture and carefully fold it in, keeping everything light and airy.’ So I stirred through a good spoonful and momentarily stared into my mixing bowl, which still had a lot of egg white left in it. It’s obvious when you think about it, that the rest of the mixture also needs to be stirred through, but I trust Berry to be uber-specific, so I left it at that and popped them in the oven surrounded by boiling water. After 15 minutes, they were wonderfully golden but they were also flat as a pancake, and after some Googling, I realised my mistake.

Thankfully, the leftover ingredients contained enough to make another two souffles. So I started again. The second coming was much more successful.

All four of those words sound good: brioche, frangipane, apple, and pudding. Especially if you, like me, have a real thing for frangipane – that slightly gooey, slightly crumbly texture, like the top inch of sponge in a sugar-syrup drenched drizzle cake.

This recipe, as you’d hope from Berry, is an easy to follow doddle. You simply squish slices of brioche into the bottom of a butter greased tin, and mix the rest of the ingredients together (butter, sugar, almond and plain flour, eggs and almond extract). The trickiest bit is slicing the apples thinly enough, and then arranging them in a circular pattern on top.

Nicely golden (same colour as Berry’s – really felt quite proud), it turned out light in the middle and crisp on top, while the apple slices were slightly dried out and chewy (in a good way). The whole thing tasted like a mellower, cakey take on a Bakewell tart.

75g butter, plus extra for greasing

You will need 6 100ml ramekins. Preheat the oven to 220C/200C fan/Gas 7 and butter the ramekins generously.

Melt 25g of the butter in a large, non-stick frying pan, add the mushrooms and fry them over high heat for a few minutes. Cover the pan with a lid, lower the heat and cook for another four minutes, then remove the lid and fry over a high heat to evaporate the liquid. Remove the mushrooms with a slotted spoon and set them aside.

To make the soufflé base, melt the remaining butter in a saucepan. Whisk in the flour to make a roux and cook for a minute. Gradually add the hot milk and whisk over a high heat until you have a thickened, smooth sauce.

Remove the pan from the heat and beat in the egg yolks, one at a time, until the sauce is smooth. Add the mushrooms and the cheese and season, then set aside to cool a little.

Whisk the egg whites until soft peaks form. Stir about a tablespoon of egg whites into the egg and mushroom mixture and carefully fold it in, keeping everything light and airy. Continue doing this until you’ve folded in all of the egg whites.

Divide the soufflé mixture evenly between the ramekins and sit them in the roasting tin. Pour enough boiling water into the tin to come halfway up the sides of the ramekins. Bake the soufflés for about 15 minutes until risen and lightly golden.

To make the sauce, pour the cream into a jug and add the spinach and mustard. Season with salt and pepper and stir to combine.

To serve, preheat the oven to 220C/200C fan/Gas 7. Carefully run a knife around the edge of each ramekin and remove the soufflés. Sit the soufflés, browned side up, in an ovenproof dish, then spoon the sauce around them. Reheat for about 12 minutes until piping hot. Serve with dressed leaves or some brown bread.

About 2 red dessert apples, skin on, cored and thinly sliced

You will need a large, shallow ovenproof dish, about 28cm in diameter. Preheat the oven to 200C/180C fan/Gas 6 and grease the dish with butter.

Slice the brioche into thin slices, about 5mm, and arrange these over the base of the dish. Make sure you cover the base and fill in all the gaps, but don’t overlap the slices.

Measure the butter and sugar into a food processor and whizz until pale and fluffy. Add the almond extract, ground almonds, eggs and flour, then whizz again until the mixture is soft and creamy and there are no lumps. Be careful not to over-process.

Spoon the mixture over the brioche base and spread it to the sides. Arrange the sliced apples in a neat overlapping circular pattern over the top. Bake the pudding in the oven for about 40 minutes until lightly golden all over and firm in the centre when lightly pressed.

Melt the jam with two tablespoons of water in a small pan. Brush over the surface and sprinkle with flaked almonds.

Dust the pudding with icing sugar and serve warm.