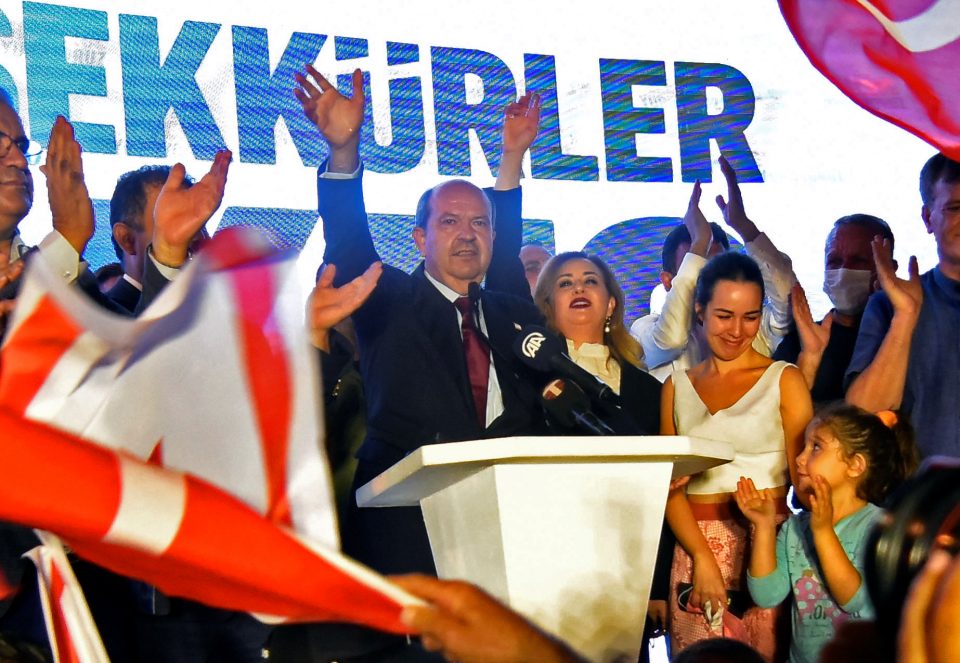 ERSIN Tatar did not win in Nicosia last Sunday but he is as much a Nicosia man as Akinci and Anastasiades are Limassol guys.

Which town you hail from matters in Cyprus. As Mihalis Violaris tells it in his song o skapoulos – the bachelor – it matters to the point of inertia when choosing a bride.

The lyrics of the song, which he sings in the Greek Cypriot vernacular, are very amusing even if not altogether politically correct. They are about a bachelor who is told that if he marries, he would settle down into a life of domestic bliss but is gripped by fear he will not find the right bride as he is spoilt for choice by girls from different towns in Cyprus each of whom makes his heart throb. He runs through their attributes, town by town, culminating with the unique swagger of girls from Larnaca – ‘tis skaliotous djin to kapartisman’– which I have to say was spot on. It is a catchy tune with a mellifluous dialogue between violin and flute near the end.

None came from Larnaca. Mihalis Violaris, who is Cyprus’ best-known composer of folk songs, grew up and spent his formative years in Larnaca and in years to come people will still be enjoying and singing his songs when most political leaders will long be forgotten. I enjoy Violaris’ songs but there is not much to remember let alone enjoy about all the has-beens that held political office except the mess they left behind.

Ersin Tatar was favoured by Turkey and President Erdogan, but he is also respected for his academic background and experience and is actually more middle-class Nicosia than Black Sea. His father was auditor-general of the Republic of Cyprus between 1960-1963 and was trusted by Archbishop Makarios who protected him when he came under attack professionally by people who did not rejoice in having a Turkish Cypriot as auditor general of the RoC.

He read economics at Jesus College Cambridge and obtained an MA before becoming a chartered accountant. He then served as ‘finance minister’ and ‘prime minister’ in the ‘TRNC.’

The best-known Cambridge economist was John Maynard Keynes who on being challenged for changing his mind said famously “when the facts change, I change my mind. What do you do Sir?”

The facts have now changed at the top in northern Cyprus and life goes on. Although, I know Ersin Tatar and his extended family I supported Mustafa Akinci because his ideas on democracy, the rule of law and his emphasis on preserving Cypriot identity chimed with mine. How could it be otherwise for someone like me who is of mixed heritage?

But now the facts have changed at the top in northern Cyprus and one has to move with the facts. Ersin Tatar has won and he is no ogre; from the little I know of him he is a man with whom you can do business.

Indeed, in one view Ersin Tatar’s approach may be closer to President Nicos Anastasiades;’ for example Anastasiades jettisoned federal power sharing at Crans-Montana and left Mustafa Akinci twisting in the wind because he thought, rightly, that agreeing to share power would lose him the election.

That leaves relations with the EU, gas reserves, foreign affairs and island security hanging. These are complex issues for which there are no easy answers. However, all are interrelated areas of policy that directly or indirectly involve the EU, which is expert at finding compromises and which should now take centre stage.

The pointers are going to be those of the UN Secretary-General which can be varied like all international documents by agreement on both sides. The Turkish side will have to accept that if they want to negotiate a two-state solution, the EU cannot assist because that entails a fresh application to join as a new member that needs to be accepted by all 27 member states.

The issue arose during the Scottish independence referendum in 2014 when the EU was consulted about the problem that could arise if Scotland broke away from the UK, and the EU Commission let it be known that if Scotland broke away, she would have to apply to join afresh and that her application might not be granted because countries with secessionist movements such as Spain might veto Scottish membership pour decourager les autres.

There is no legal mechanism by which a Turkish Cypriot state could break away from the RoC and merge back into the EU as part of any settlement.  Such an entity will face the same problem Scotland would have faced had she voted for independence in 2014. In the end Scotland voted to stay part of the UK and HM Queen Elizabeth II purred like a pussy cat.