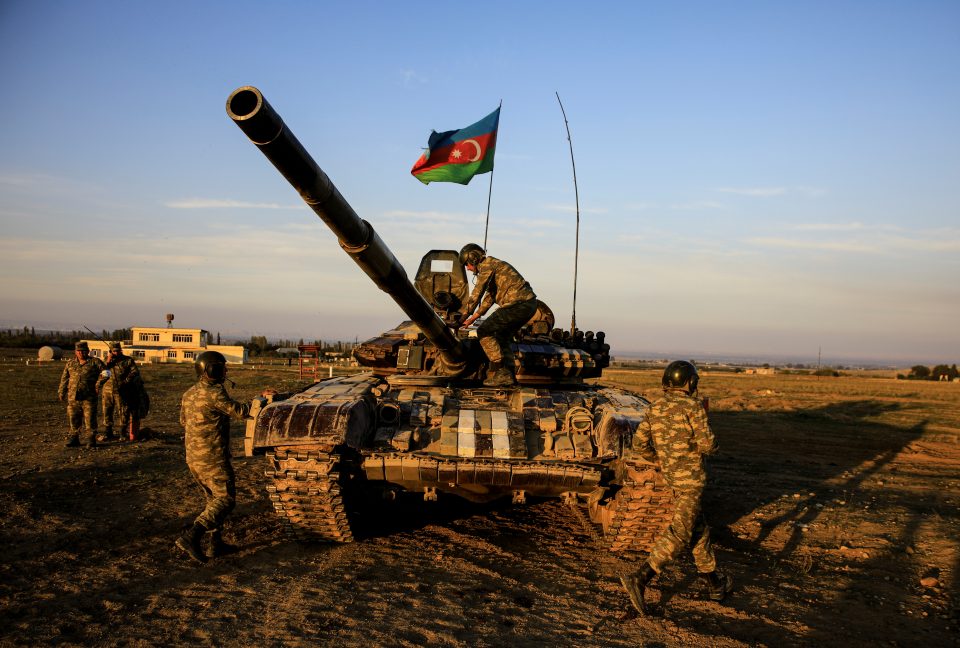 New fighting erupted between Azerbaijan and ethnic Armenian forces on Sunday over the mountainous enclave of Nagorno-Karabakh as both sides blamed each other for blocking a peaceful settlement to the conflict.

Armenia accused Azeri forces of shelling civilian settlements. Baku denied killing civilians and said it was ready to implement a ceasefire, provided that Armenian forces withdrew from the battlefield.

The weekend’s clashes in and around Nagorno-Karabakh, a part of Azerbaijan populated and controlled by ethnic Armenians, came after U.S. Secretary of State Mike Pompeo hosted the foreign ministers of both countries in a new peace push on Friday.

The collapse of two Russia-brokered ceasefires had already dimmed the prospect of a quick end to fighting that broke out on Sept. 27 over Nagorno-Karabakh.

Local officials in Nagorno-Karabakh accused Azeri forces of firing artillery on settlements in the areas of Askeran and Martuni during the night. Azerbaijan said its positions had been attacked with small arms, mortars, tanks, mortars, and howitzers.

“I am absolutely confident in the effectiveness of the peace negotiations but this also depends on the will of the Armenian side to take part in them,” said Azerbaijan President Ilham Aliyev.

“Why can Azerbaijani and Armenian people live together in Georgia, Russia, Ukraine, and other countries but not in Nagorno Karabakh?” he added in a Fox News interview that was reprinted by the state Azertag News Agency.

World powers want to prevent a wider war that draws in Turkey, which has voiced strong support for Azerbaijan, and Russia, which has a defence pact with Armenia.

Differences over the conflict have further strained relations between Ankara and its NATO allies, with Pompeo accusing Turkey of fuelling the conflict by arming the Azeri side. Ankara denies it has inflamed the conflict.

Sarkissian, in comments reprinted by the Armenpress news agency, called on “global players” to step in immediately to bring about a ceasefire.

“In the context of the Nagorno-Karabakh conflict, Russia is a trusted and pro-active mediator between the conflicting sides. Russia plays a crucial role here,” he said.

Aliyev said it was “very hazardous” for Armenia to want Russian military support in the conflict and third parties should not get involved militarily.

Russian President Vladimir Putin has said he hoped that the United States would help Moscow broker a solution to the conflict.

The defence ministry of Nagorno-Karabakh said on Saturday the total number of Armenians killed in the fighting had risen by 36 to 963, the Russian news agency Interfax reported.

Azerbaijan says 65 Azeri civilians have been killed and 298 wounded, but has not disclosed its military casualties.

About 30,000 people were killed in a 1991-94 war over Nagorno-Karabakh. Armenians regard the enclave as part of their historic homeland; Azeris consider it illegally occupied land that must be returned to their control.