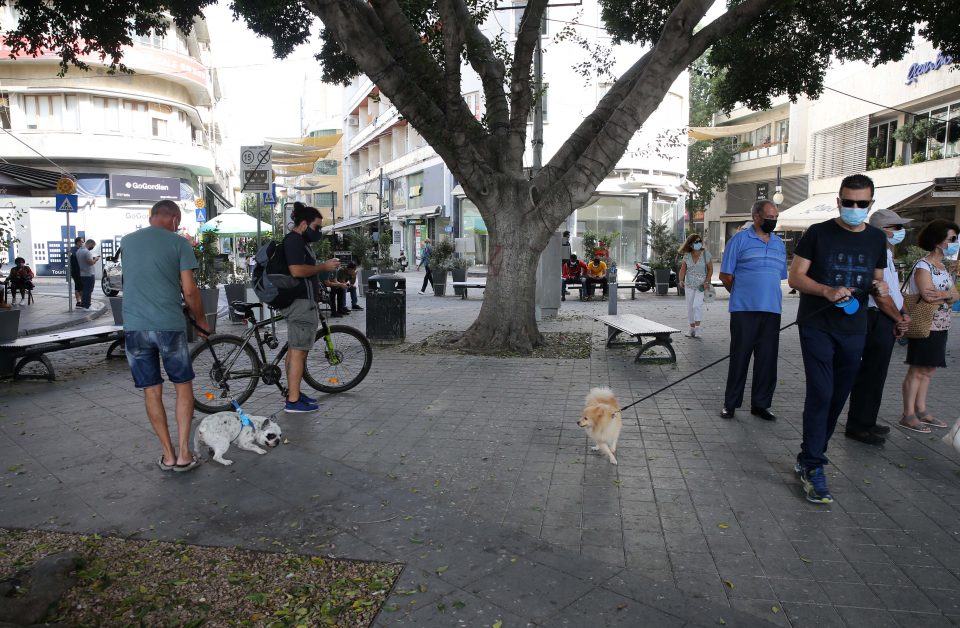 Our political system was shaken to its core by the release of the Al Jazeera video and it now appears to be falling apart, with the government in a real quandary over what to do to shore it up. Political parties, looking to capitalise on the situation, have made the situation even more difficult, fanning the justifiable public anger and calling for the resignation of President Anastasiades. On Friday the House of Representatives voted against a proposal for its dissolution while a proposal for the president’s resignation was forwarded to legal affairs committee for discussion.

The parties are engaging in destabilising tactics because they know they would have the support of many people. Nothing better illustrates this than Diko’s threat not to back the state budget if the government did not appoint the auditor-general to investigate the citizenship scheme. The implication of this blackmail is that the attorney-general, who is heading the investigation into the scheme, cannot be trusted to do the job honestly because he was an Anastasiades appointee. Akel has been stepping up its calls for the president’s resignation, accusing him of lying and hiding the repeated warnings he had received from the European Commission about the scheme.

There were grounds for the unrelenting attacks on the government. On Tuesday the European Commission said it was launching infringement procedures against Cyprus and Malta, regarding their citizenship by investment schemes, which it said “were in violation of EU law.” The damning letter sent by the Commission was also made public, while on Thursday during a debate on the matter in European Parliament, the European Commissioner for Justice, Didier Reynders, spoke about “the sale of EU passports and visas to criminals” that posed a “serious threat to EU security.” All this sparked more criticism of the government by parties and people.

As if all this were not bad enough for the government, last Sunday the hardliner Ersin Tatar was elected Turkish Cypriot leader, bringing up the two-state solution as the only option΄. On Friday, Turkey’s Vice President Fuat Oktay, on a visit to the north to congratulate the new leader, declared that “we are going all the way on the issue of Varosha,” while Turkey carried on sending its ships in the Cypriot EEZ for explorations. Even the trilateral alliances Anastasiades has been forging with neighbouring countries and touting as major strategic advances for Cyprus are proving of little practical value as the Cyprus-Greece-Egypt summit on Wednesday showed.

Then there is the contracting economy, with all major sectors badly hit by the pandemic, public funds for support schemes running out, unemployment on an upward trend and nobody knowing when there will be a turnaround. Things could not get much worse for the government, but at a time the country is in desperate need for strong and determined leadership, President Anastasiades seems to be using up all his time answering his critics and defending himself. His spokesman appears to do nothing else than respond to Diko or Akel attacks, while on Thursday he felt obliged to inform us that the president would not betray the clear mandate of the people and resign.

At this critical time, when everything is going wrong at home, people have lost faith in the political system and the country’s credibility is in tatters abroad, people do not want to hear their president complaining about criticism and making excuses for his government’s poor record. They want strong leadership, a president with a vision and plan to get the country out of the big mess it is in, a president focused on the bigger picture rather than on petty bickering with opposition parties. He can explain and defend his decisions when he steps down in two years’ time in his autobiography, but for now he needs to give the country direction and purpose which has been lost; the country is drifting.

The priority must be the formulation of a new growth model for the economy that does not depend on construction. The government could offer incentives for the headquartering of international businesses, attract big investment funds that are moving out of the UK because of Brexit and make it an objective to bring a big international bank to Cyprus that is essential for headquartering. These may be long term projects but would create strong foundations for growth. He should make it clear there will be no more citizenship schemes, as this would also improve strained relations with the EU and be a step towards rebuilding the country’s reputation, which must be the number one priority. Green development that will secure EU funding must be another priority.

He should even try to persuade the Turkish Cypriots to buy into this vision for Cyprus. First though, he must put aside the antagonising of Turkey with his trilateral alliances and calls for sanctions in order to normalise relations and secure future stability. There will be huge economic benefits and bright future for everyone, even if some painful decisions would have to be taken.

It is a huge challenge, but these are the circumstances in which true leaders step up and show their mettle. The next two years will be the most difficult of Anastasiades’ presidency, but he has a choice – he can keep the country drifting back and forth or he can steer it in a new direction with a promising future.