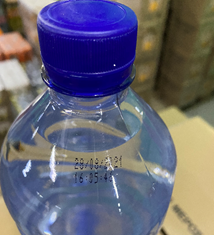 The health ministry on Monday announced that it was recalling  all bottled water produced by a company named “Aphrodite” after samples carried out in state laboratories revealed the presence of Pseudomonas, a bacteria that can create infections in the body under certain circumstances.

The health ministry has already instructed the company to stop production and to withdraw all distributed batches.

It also urged the public to avoid drinking the water from the batch named, and to return the bottles to the stores from which they bought them.

Erdogan: two-state solution must be put on the table (Update 2)