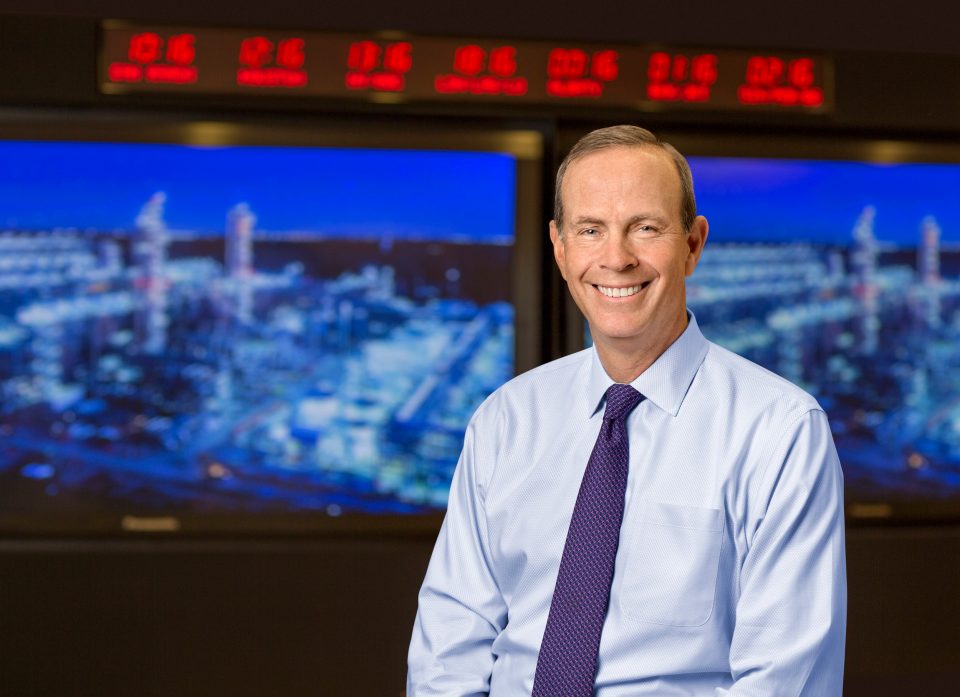 After years of focusing on U.S. shale, Chevron Corp CVX.N is staking its natural gas future on the Middle East, a volatile and divided region where energy majors have long tread warily.

CEO Michael Wirth’s pivot away from home is underpinned by a bet that the Middle East is entering an era of reconciliation that will make it ideal for tapping natural gas, as demand for the cheaper and cleaner fuel is forecast to outstrip oil.

The plan is anchored by Wirth’s $11.8 billion purchase this month of U.S.-based Noble Energy, which holds a stake of about 40% in the aptly-named Leviathan gas field in the Mediterranean Sea, off the coast of Israel.

“Five years ago the Eastern Med wasn’t viewed as endowed from a resource standpoint as I think most people would say today. That’s a fundamental shift,” Wirth told Reuters in an interview.

“There’s not a lot of capital investment required in the near term,” he said. “At a time when cash flow matters, that’s a very appealing attribute.”

The deal brings an alliance with Israel that has been smoothed by the narrowing of some historical rifts in the region, such as the establishment of formal ties between Israel and the United Arab Emirates in an agreement signed last month.

Wirth said Middle Eastern commercial and diplomatic relations “are becoming more codified and stronger, that’s a trend that we think augurs well for the region.”

Chevron also made a courtesy call about the Noble deal to officials in Saudi Arabia, a key partner in several Chevron oil projects and a nation with historically strained relations with Israel, according to a senior source at the U.S. company.

The Saudi government media communications office did not respond to a request for comment, while Chevron said it did not discuss details of meetings.

Yet the regional political and security risks that have deterred some companies in recent years still exist.

Syria and Yemen are riven by wars, with uncertain consequences for a wider region where archrivals Saudi Arabia and Iran are waging a proxy battle.

Just this January, the U.S. killing of Iranian general Qassem Soleimani in Iraq – and a reprisal by Tehran – illustrated the instability of the Middle East and threatened to engulf it in conflict.

Despite such risks, Chevron – which at one point leap-frogged rival ExxonMobil this month to be the largest U.S. oil company by market value – is plowing ahead with efforts across the region.

The Leviathan field and others nearby have the potential to become major factors in regional fuel supplies. Chevron could send gas to a Egyptian liquefied natural gas (LNG) plant that could ship the fuel to Europe or Asia, Wirth said.

European and Asian nations have been moving toward gas, solar and wind, and away from coal and nuclear power.

“The reality is you need gas in tandem with renewables,” said Christopher Kalnin, CEO of Banpu Kalnin Ventures, which invests in U.S. shale gas. Asia in particular will remain dependent on imported gas, he said, because it complements solar and wind.

Global gas demand through 2025 is projected to rise 1.5% per year on average, largely on growing purchases by customers in China and India.

In contrast, oil consumption may have already peaked at last year’s 100 million barrel per day (bpd) level, forecasters say, and this year could sink to 91.7 million bpd, a seven-year low.

The Middle East produces a third of the world’s oil and one sixth of its natural gas, and has long drawn the interest of foreign oil companies. Chevron produces fewer barrels of oil and gas in the region than other majors, according to Rystad Energy data, but it is the only major to have had a continuous presence in Saudi Arabia for 70 years and has maintained good relations with governments in the region.

“Chevron is extremely good at what I would call crown jewel government relations, big assets in challenging countries,” said Robin West, a board member of Spanish oil major Repsol SA REP.MC and head of Boston Consulting Group’s Center for Energy Impact. “They very quietly work away at things.”

The Noble deal fits Wirth’s effort to adapt to a low-cost energy world and expand in Qatar, Egypt and Iraq. It brought Chevron nearly 1 billion cubic feet of natural gas reserves, and ensures it remains among the world’s top 10 gas suppliers.

“The size of the opportunity was way beyond the capacity of a company like Noble,” said a former Chevron executive who declined to be identified because of ongoing relationships.

The purchase may help Chevron’s bid for a stake in Qatar’s LNG production expansion, where it is competing with Exxon, Shell and Total SA TOTF.PA, among others. Chevron also recently signed a preliminary agreement for oil exploration in southern Iraq.

Wirth cautioned that negotiations were ongoing: “There’s no certainty of outcome on either of those.”

Wirth has, meanwhile, intensified his cost-cutting at home.

Chevron has slashed its spending in the top U.S. shale field by half, to around $2 billion this year. It had just four active drilling rigs in the Permian Basin as of September, down from 16 in March, according to consultancy Rystad Energy.