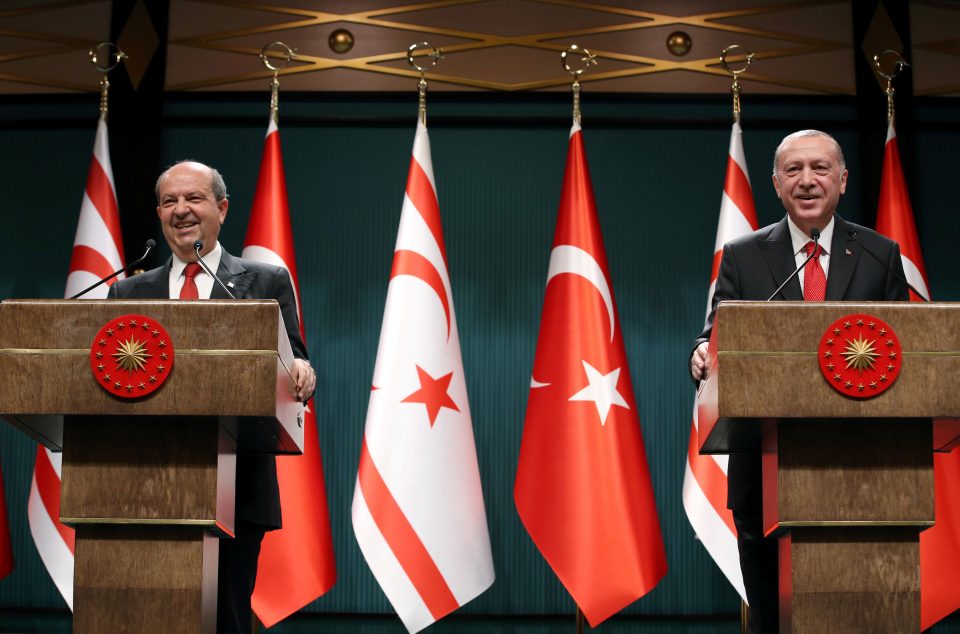 Turkish President Tayyip Erdogan said on Monday it was time for a realistic proposal about a two-state solution to be discussed, suggesting that a federal model could no longer apply.

“The efforts of the Turkish side alone are not enough for a solution,” Erdogan he added. “It is obvious that the Greek side has no intention of accepting a solution on the basis of the equal partnership of the Turkish Cypriot people.”

Erdogan said no result could be achieved under the current parameters following negotiations that lasted more than half a century.

“At this stage, we believe starting talks on the basis of a federation will be a loss of time. Therefore, we believe a two-state solution must now be brought to the table with a realistic proposal.”

Erdogan blamed tensions in the eastern Mediterranean on Greece and Cyprus who had not heeded Turkey’s warnings since 2003 and have ignored its constructive suggestions.

He said Turkey would continue efforts to improve the breakaway state on economic, diplomatic, and social levels.

“Our aim is to raise the Turkish Cypriot people’s living standard and allow them to view a secure future. Turkish Cypriots, Turkey will forever be on your side.”

Tatar said Turkey’s proposal for a five-party conference was the last chance.

“To us, your proposal for a conference in which the TRNC will participate, to discuss the latest developments in the eastern Mediterranean, is realistic and constructive,” Tatar said.

The newly elected Turkish Cypriot added that the hydrocarbon matter was an honesty test for the Greek Cypriot side.

Tartar said Turkey and the breakaway state have signed two economic protocols in the past two years, adding that Ankara has been on their side throughout the pandemic.

Erdogan, who said he would visit the north on November 15, said he wanted to have a picnic in Varosha, in a move that is certain to spark outrage among Greek Cypriots, especially refugees who abandoned their homes there.

“I believe it would be beneficial to have a picnic there all together,” he said. “We are watching from our screens here, but we want to experience it in person. God willing, we will do that too.”

The latest attempt at reunification collapsed in mid-2017 amid recriminations.

Earlier this month, Turkey opened part of the fenced off town of Varosha, a decision that prompted wide criticism, including from the UN.

Varosha had been fenced off and under the control of the military since August 1974 when its inhabitants fled the advancing Turkish army. It appeared that occupying Varosha had not been in Turkey’s invasion plan though 46 years of abandonment have rendered the town uninhabitable.