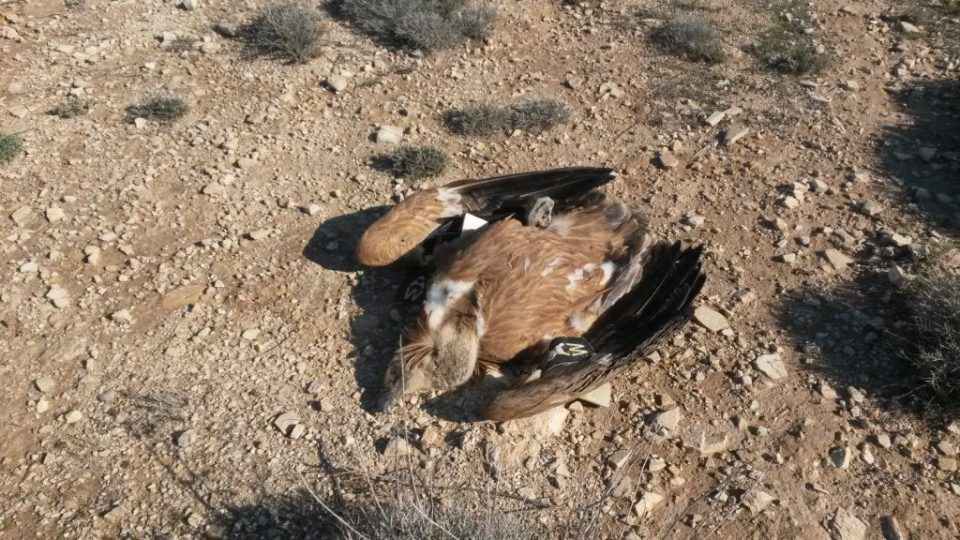 Poison baits have killed one third of the Griffon vulture (Gyps fulvus) population in Cyprus over the past five years with only 20 remaining, BirdLife Cyprus said on Monday.

The conservationist NGO expressed concerns over the illegal practice observed in Cyprus, poison baits, that mainly kill cats and dogs but also vultures and porcupines.

It said that as part of the European programme ‘LIFE with Vultures’ tools to help investigate this crime against wildlife will be made available at the disposal of the competent law enforcement authorities.

One of these tools is using trained dogs to detect poison bait, which will operate under the Game and Fauna service and are believed to significantly assist in the work of investigating and prosecuting the perpetrators. No further information was given on this, however.

BirdLife Cyprus, which collected data for cases of use of poison baits that have been recorded during the past five years in the Cypriot countryside, as part of the ‘LIFE with Vultures’ programme, said that in 2016, in just one mass poisoning incident, one third of the Griffon vulture population in Cyprus was lost.

“Given the extremely reduced Cypriot population (20 individuals), the slow breeding rate of the species and the habit of vultures to group feed, the existence of this threat in the Cypriot countryside is extremely worrying for the future of the species in Cyprus,” the NGO said.

Based on the research, from 2015 until today, 39 confirmed cases of poisoned bait use have been recorded in the countryside with 63 animals as victims. “The 39 incidents are probably an underestimated number, as many incidents are never known or even reported,” it said. The most common victims are dogs and cats (as in urban areas), but also wildlife species, among them rare and endangered species, such as the Vulture, it added.

The analysis showed that the substances used in majority of cases are pesticides from carbamates such as methomyl under the brand name Lannate, which are banned throughout the European Union and are in fact highly toxic to humans as well as to wildlife. “This raises questions about the import, trafficking, and / or use of banned pesticides in Cyprus, but also the rather easy access of perpetrators to particularly dangerous toxic substances,” it said.

It added that as evidenced by the recorded incidents, authorities have never taken substantial action to investigate and ultimately solving cases of illegal use of poisoned baits related to wildlife.

It said that the placement of poisoned baits often stems from the effort to protect livestock animals from other predators, such as foxes and stray dogs. In some cases, poisoned baits are used in hunting areas to exterminate foxes but also for deliberate poisoning of animals (hounds, sheepdogs, pets) in retaliation between neighbours, hunters, or hunters and farmers.

It added that in addition to wildlife, poisoned baits are also a deadly threat to working animals (such as sheepdogs and hounds), and pets, and ultimately to humans, since some of these substances when in contact with skin or inhaled can cause serious effects on human health.

The NGO said that stamping out this problem is a group effort involving people that are daily in the countryside and those affected by this problem, rural communities and their own share of responsibility and law-enforcement groups.

It also called on anyone coming across poison baits in the countryside and especially hunters to report to the Game and Fauna service.