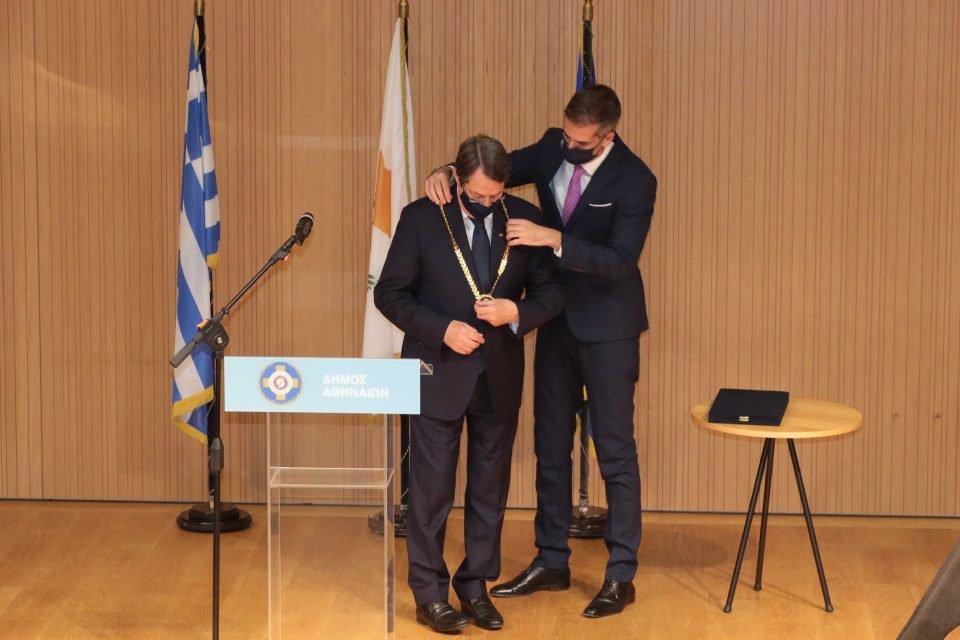 The fact that Greece and Cyprus sought dialogue with Turkey should not be mistaken as a weakness or submission to threats, President Nicos Anastasiades said Monday, as he was awarded the Athens municipality’s Gold Medal of Honour in recognition of his efforts for the reunification of the island.

He was given the medal by Athens Mayor Kostas Bakoyiannis.

“In contrast to the Turkish illegal actions, Greece and Cyprus neither threatened nor sought to usurp the rights of any state,” the president said. “They respect international law and that is why they seek creative dialogue or recourse to the international court to resolve all the unfounded issues Turkey is claiming.”

Anastasiades stressed that the stance Greece and Cyprus chose to hold should not be “perceived as a weakness or that we will succumb to threats, intimidation, and provocations” that have nothing to do with international diplomacy and good neighbourly relations between modern states.

The president said receiving the medal at an exceptionally critical juncture, he was fully aware of the great historical, political, and moral responsibility towards Cypriot and wider Hellenism, the award placed on him.