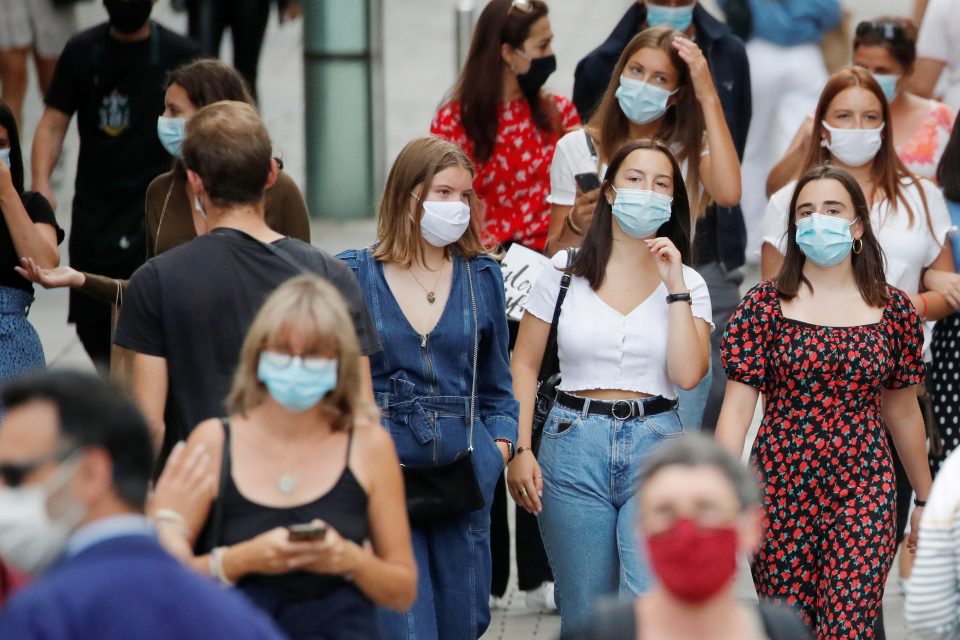 Nearly half a million people in the United States have contracted the novel coronavirus in the last seven days, according to a Reuters tally, as cases and hospitalizations set fresh records in hot spots in the Midwest.

More than 5,600 people died from the virus nationwide in the last week, with hospitalizations shooting up 13%, a Reuters analysis showed.

Illinois, which has emerged as a hot spot in recent weeks, reported over 31,000 new cases in the last seven days, more new infections than any other state except Texas.

Outbreaks are worsening in hotly contested “battleground” states in next week’s election like Pennsylvania and Wisconsin.

“We must take significant and collective actions,” Wisconsin Department of Health Services Secretary-designee Andrea Palm told a news conference, adding that contact tracers were overwhelmed and hospitals may soon face staffing shortages. “This is going to get worse before it gets better.”

U.S. President Donald Trump, facing a tough re-election battle on Nov. 3, lashed out again at reports that the coronavirus is surging, and reiterated his claim that the country is “rounding the turn” in its battle with the virus that has killed more than 226,000 people.

Speaking to reporters at the White House on Tuesday, Trump struck a defiant tone, saying once again his administration had done “a really good job” in battling the pandemic.

To try and contain the surge, Illinois Governor J.B. Pritzker imposed fresh rounds of restrictions in seven of 11 regions, most recently in Chicago on Tuesday.

Beginning Friday in the Windy City, indoor dining in bars and restaurants will be suspended and gatherings will be limited to 25 people. The implementation of such restrictions already begun in other regions of the state amid a strong push back from some business owners battered by the pandemic.

Other states have walked back reopening plans to curb the spread of the virus as cooler weather sets in across most of the nation.

Idaho Governor Brad Little on Monday announced indoor gatherings of more than 50 people would be prohibited, and outdoor gatherings are to be capped at 25% capacity.

Health experts believe the virus is surging because of private social gatherings, colder temperatures driving people inside, and fatigue with COVID-19 precautions.

Beyond the Midwest, the Texas city of El Paso is also facing a surge in cases that is overwhelming local hospitals, with officials setting up an alternate care facility to help relieve medical centers.

“We are seeing all sorts of patients. The narrative historically has been the above-65, those with multiple co-morbidities. But we’re seeing 20-year-olds. We’re seeing 30-year-olds, 40-year-olds,” Dr. Ogechika Alozie, an infectious disease specialist in El Paso, told Reuters. “There’s that exhaustion, but again, we buckle up and we take care of the patients.”

In Denver, Colorado’s largest city, Mayor Michael Hancock announced he was reinstating some restrictions to combat what city officials described as a “dramatic rise” in its average COVID-19 daily cases, positivity rate and hospitalizations.

“We cannot control what our neighbors may be doing,” Hancock wrote on Twitter on Tuesday. “I don’t believe this is Denver’s failing; it is, rather a failing by those who still refuse to believe in science and those who do not take this seriously.”

Restaurants, retail businesses and offices will have their 50% capacity slashed in half, the mayor said, while indoor events will per capped at 25 people and outdoor gatherings at 75.

Colorado reported a record one-day increase in cases on Monday and hospitalizations have risen 60% in the last two weeks to 571 hospitalized COVID-19 patients. The percentage of tests coming back positive has more than doubled this month to over 7%. However, the number of those hospitalized in the state is far from April’s record 1,000.