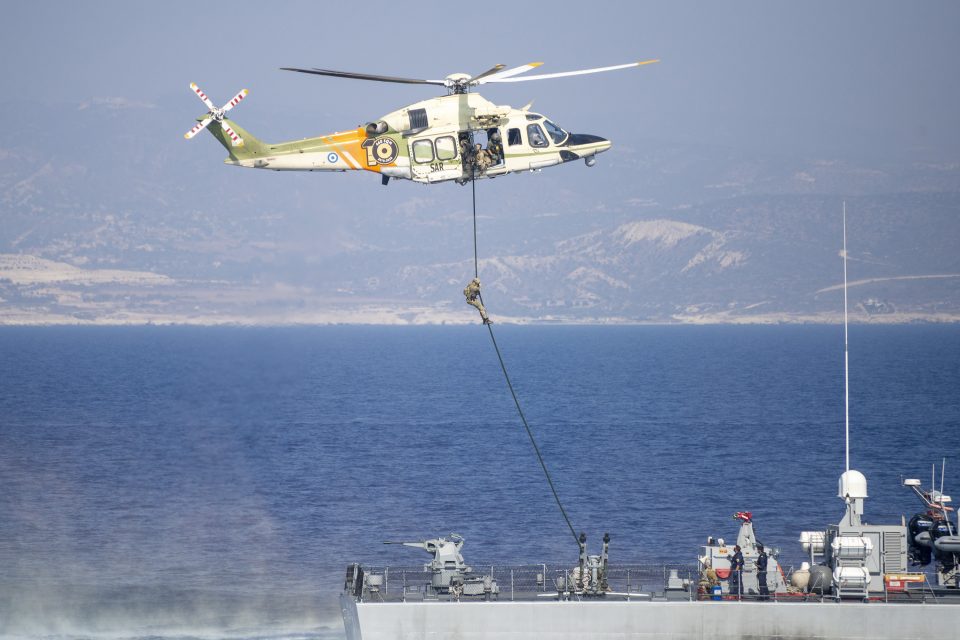 A capabilities demonstration between the UK and Cyprus was held on Tuesday in the presence pf the British Naval Force’s Littoral Readiness Group Experimentation, which is currently visiting the Eastern Mediterranean.

The demonstration took place in Limassol bay, where ships and aircraft of the Republic of Cyprus, the United Kingdom, and the French naval unit took part.

National Guard Chief Demokritos Zervakis and UK High Commissioner Stephen Lillie, defence attaches from the UK and US embassies, members of the British Bases, and other National Guard officials watched the exercise from the HMS Albion.

Zervakis thanked the participants, and said the LRG’s presence in Cyprus’ waters was a great opportunity for learning and a practical example of the excellent military cooperation between Cyprus and the UK.