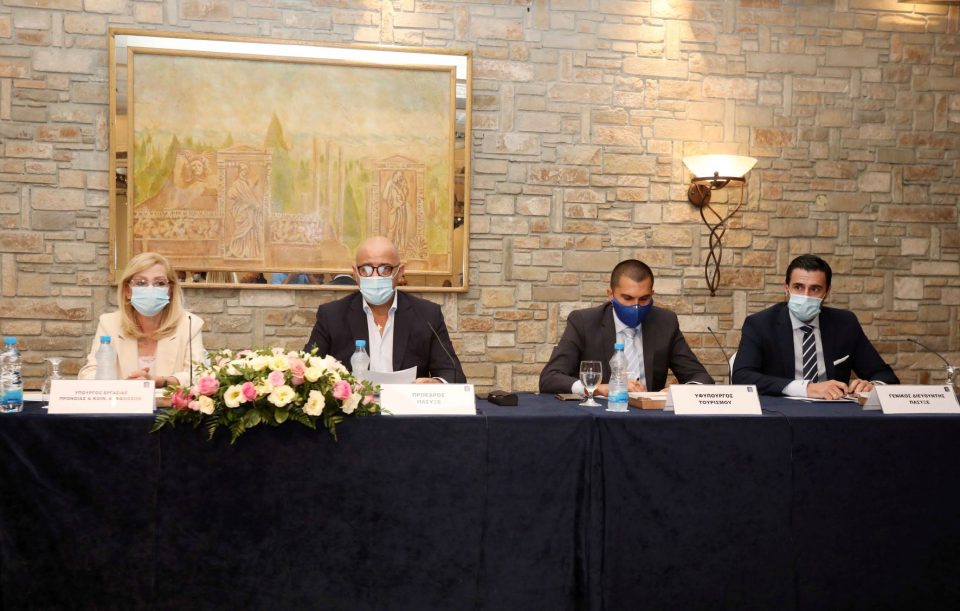 Cyprus hoteliers said on Tuesday they were optimistic tourism would rebound despite the abysmal figures for 2020 caused by the coronavirus pandemic.

At an extraordinary general meeting between the hoteliers association (Pasyxe) and Labour Minister Zeta Emilianidou and Deputy Tourism Minister Savvas Perdios further support was discussed for the industry.

Emilianidou promised Pasyxe the government would provide further support to employees in an effort to keep as many hotels as possible operating during the winter season.

Pasyxe head Haris Loizides reiterated that in the first seven months of 2020 an estimated 88.5 per cent of revenue was lost compared to the corresponding period the year before.

“The Association will continue to work so that the year is not a total loss, however there are difficulties,” he said.

Loizides said it is “absolutely necessary” the tourism industry continues to receive the government’s support as it has “always served as a lever for the Cypriot economy.”

Pasyxe’s head said the association developed actions in recent months aimed at supporting workers in the tourism industry, but also at strengthening the state’s efforts to manage the pandemic.

He said the association deposited €100,000 into government accounts to strengthen their efforts to deal with the effects of the pandemic and made an agreement with the ministries of tourism and health to operate hotels for repatriated individuals and permanent residents returning to Cyprus, who were required to stay in quarantine.

Emilianidou said the hotel sector and the tourism industry are the lifeblood of the economy, as many sectors and companies also depend on their operation.

She added that on November 3, the cabinet is set to approve new measures to support employees in the hotel and tourism industry until March.

Perdios said the goal of keeping arrivals at 30 or 20 per cent was achievable.

He said that no one can endure another year like this year, hoping a different approach to the issue of categorisation will be followed.