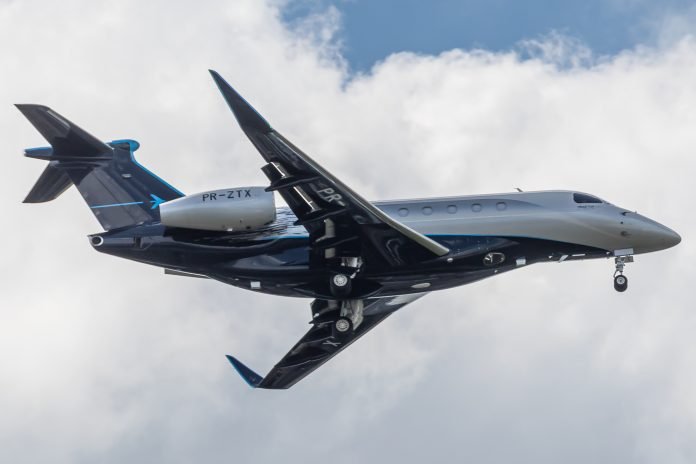 More first-time buyers and clients who used to fly commercial at least part of the time are now opting to fly private either because of concerns over COVID-19, or because airlines have scaled back their schedules, industry experts say.

Pre-owned jet transactions are bouncing back to near 2019 levels, while lawyers and brokers are seeing orders for new planes trickling in after a pandemic-induced lull, generating cautious optimism for corporate planemakers as they begin reporting quarterly earnings this week.

“There’s just so much more activity than we anticipated four or five months ago,” said Don Dwyer, managing partner at Guardian Jet, which does aircraft brokerage, appraisals, and consulting.

“In April you could hear crickets chirping for new orders.”

Affluent travelers avoiding commercial flights during the pandemic are helping fuel a recovery in pre-owned corporate aircraft transactions this year and reviving shoots of demand for new planes even as the business aviation industry braces for a slump in 2020 deliveries.

Jets built as corporate aircraft, which can carry from roughly a handful to 19 travelers, tout less risk of exposure to the coronavirus because their passengers can avoid airports and generally select who comes on board.

Private flights have mostly recovered better than those of commercial airlines, with operators like NetJets reporting improved demand this summer.

Corporate planemakers, such as Canada’s Bombardier Inc BBDb.TO, have been watching to see whether the rebound in leisure flights would translate into new aircraft orders.

The private jet industry, which delivered 809 new business jets in 2019, has still not recovered since its peak of 1,317 deliveries in 2008, said analyst Brian Foley.

But pre-owned transactions for the first nine months of 2020 range from flat to down 8 per cent, on an annual basis, depending on the data source, surprising aviation analysts Foley and Rolland Vincent. During the third quarter, transactions rose 9 per cent to 643, according to Vincent’s JetNet IQ data.

Executives attribute the improvement in the pre-owned market to a combination of tax incentives this year in the United States, the world’s largest market for corporate planes, along with demand from first-time and occasional business jet travelers, upgrades, and charter companies.

Small through super mid-sized planes which carry up to 10 passengers are especially in demand for domestic leisure travel, executives said.

September business aviation flights in the United States, Caribbean and Canada were up 1.2 per cent compared with August but remain down almost 17 per cent on an annual basis, according to Argus TRAQPak data.

Amanda Applegate, a partner at Aerlex Law Group, said she has done post-COVID-19 transactions for new-model Bombardier Challenger 350s, Embraer SA EMBR3.SA Praetors, along with Gulfstream G500 and G600 jets, some of which were for clients who previously flew commercially.

At Canadian plane-share operator AirSprint, which is taking two pre-owned planes post-COVID-19, the number of new fractional owners increased by 36 per cent between April and October compared with the same period in 2019, said Chief Operating Officer James Elian. Fractional ownership allows passengers to invest in a private jet to gain access to it.

“This time around has been different.”