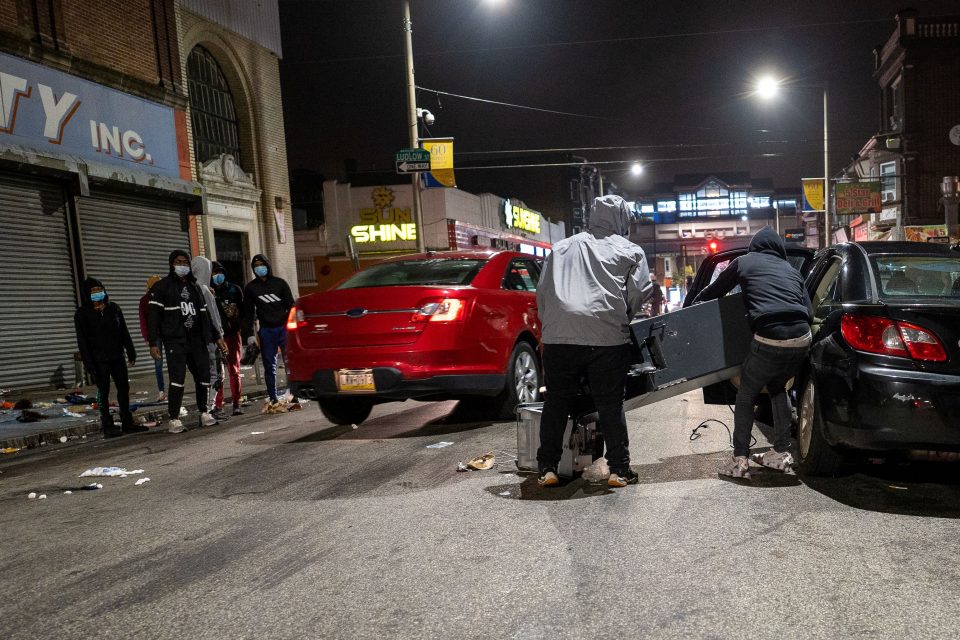 Street protests broke out on Monday night in the western part of the U.S. city of Philadelphia, injuring four police, after police had shot and killed a Black man they said had been armed with a knife.

The violence is the latest in months of anti-racism protests across the United States since the May death of George Floyd, a 46-year-old African-American, after a Minneapolis police officer knelt on his neck for nearly nine minutes.

Four officers were hit with bricks when Monday’s protest outside a police station in Philadelphia turned violent and they had to be taken to hospital, broadcaster NBC said.

Earlier, a man identified by officials as Walter Wallace, 27, had approached two police officers who drew their guns after warning him to put down the knife, video of the afternoon’s shooting on social media showed.

The incident raised questions and was being investigated, Mayor Jim Kenny and Police Commissioner Danielle Outlaw said in separate statements.

Outlaw said she heard “the anger of the community” after Wallace’s death.

Reuters could not immediately verify the video on social media, recorded by a bystander, which showed the two officers point their guns at Wallace as he walked in the street.

He approached them as they backed away, with guns still aimed at him, while yelling to him to put down his knife.

Both then fired several shots and Wallace collapsed in the street, according to the video.

Tension rose as the death of Wallace sparked clashes between protesters and local police.

Since the incident in Minneapolis, demonstrators have turned out nationwide to demand racial equality and an end to police brutality, with protests sometimes turning violent.

Activist groups reiterated a demand to defund the police, with the American Civil Liberties Union saying state violence could not be the answer to society’s problems.

“It is time to divest in police and invest in community programs, including the kind of mental health services that allow intervention that may have prevented Mr. Wallace’s killing,” said Reggie Shuford, executive director of the Pennsylvania ACLU.