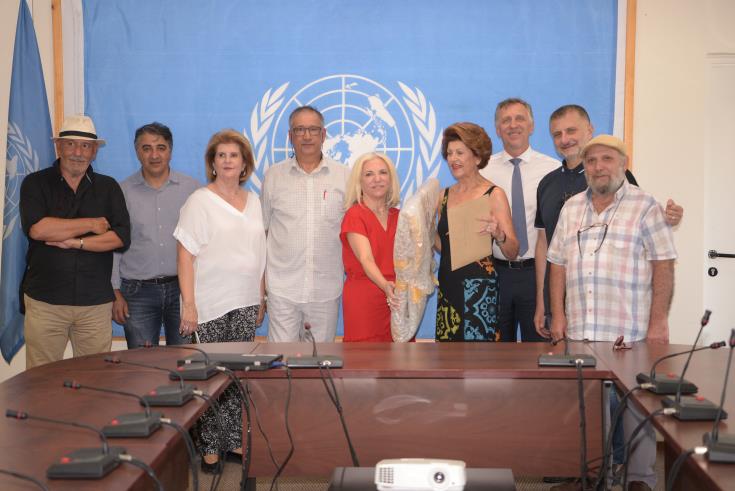 Greek Cypriot co-head of the bicommunal Technical Committee on Culture Androulla Vassiliou expressed sorrow on Tuesday over the resignation of the Turkish Cypriot members of the committee following the election in the north of Ersin Tatar as the new leader of the community.

Vassiliou told the Cyprus News Agency that their cooperation has been excellent and friendly and expressed certainty that the new members to be appointed by Tatar would also cooperate effectively.

According to Vassiliou, the members of the committee always engaged constructively in discussions, which gave hope that the two sides could cooperate and build a common future. “That is why I am so sorry that our Turkish Cypriot friends have resigned,” she said.

Vassiliou said culture is above political parties and politics, and expressed hope that the new Turkish Cypriot leadership would appoint people who would work towards a common future.

The eight Turkish Cypriot members submitted their resignations in a letter to Tatar’s office, stating that the outcome of the elections did not reflect and comply with the collective principles identified and agreed by all the members.

The committee was established in 2015 following an agreement between the two leaders. Those who resigned said they had carried out their activities based on the principles outlined by former Turkish Cypriot leader Mustafa Akinci to improve the daily lives of the Cypriots and to develop a federal culture on the island which would one day assist in the creation of a united federal Cyprus.

It remains unknown if Tatar will reappoint the same people or choose new ones.

Later on Tuesday, the Turkish Cypriot members of the Technical Committee on Gender Equality also announced their resignation.

“We do not feel under these circumstances where the will of the TCs have been taken away from them, we can serve under this new ‘president’,” they said.

The Great Wall of Japan