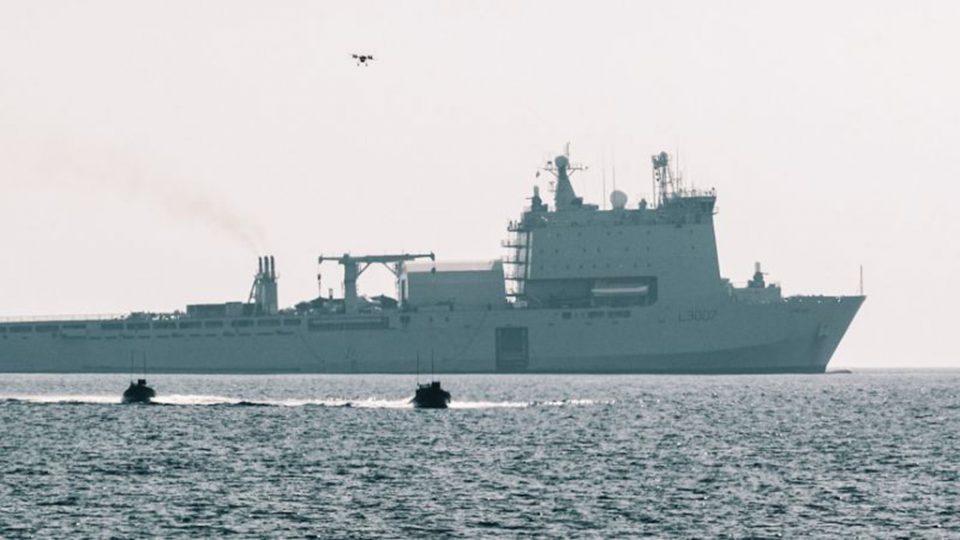 The British navy is conducting drone trials off the coast of Cyprus as part of its ‘Future Commando Force’, designed to modernise the military.

Lasting two weeks, royal marines commandos are trying out the robot systems which provide ammunitions and supplies to personnel on the ground.

As reported on the Forces website on Wednesday, “Cyprus gives us a superb opportunity to test the equipment and concepts of the UK’s Future Commando Force, whilst maintaining our excellence at the basics,” said commanding officer of 47 commando raiding group royal marines Colonel Chris Haw.

“We are putting this technology into the hands of royal marines and sailors and integrating it both at sea and on land.”

47 Commando’s trials squadron is practicing with the drones as well as advancing the operational ability between royal navy vessels and the shore for the first time.