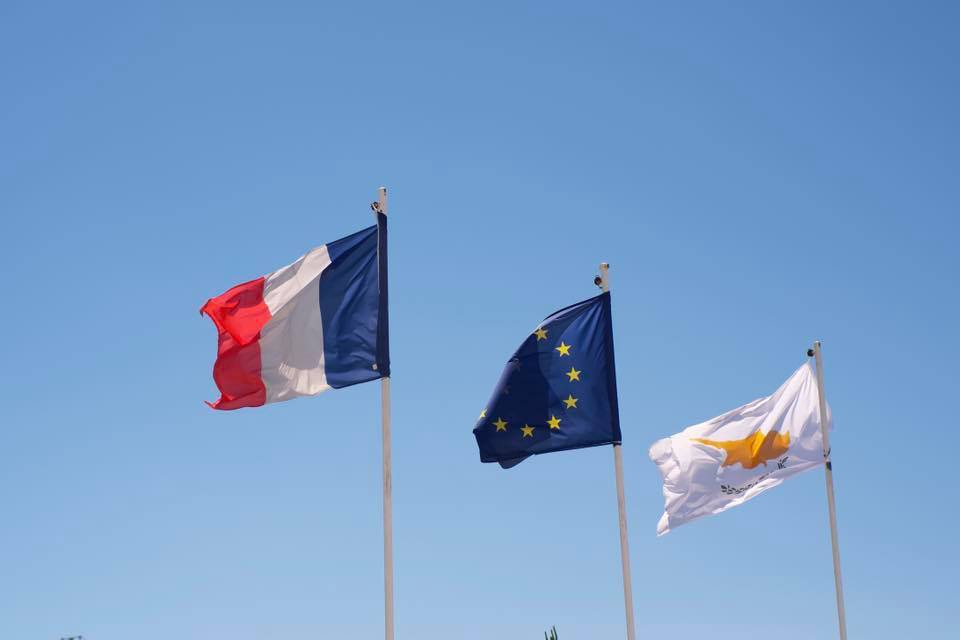 President Nicos Anastasiades on Wednesday condemned an incident outside the French embassy in Nicosia in which protesters reportedly destroyed the country’s flag amid an ongoing row between Paris and Ankara.

Police arrested four demonstrators who were remanded in custody for five days on Wednesday.

Some 80 people took part in the demonstration that took place on Tuesday at around 5.30pm amid a row between France and Turkey over cartoons of the Prophet Mohammad.

A 28-year-old man was also arrested for assaulting an officer. He was released later Tuesday after he had been handed a summons to appear in court on Thursday.

Anastasiades said the incident was “condemnable.”

The embassy said it was saddened by the trouble outside its offices and thanked the authorities for their timely and effective intervention.

A spokesman told the Cyprus News Agency they regreted the tension and the inappropriate acts that took place.

The dispute between France and Turkey follows an attack outside a French school on October 16 in which a man of Chechen origin beheaded Samuel Paty, a teacher who had shown pupils the cartoons in a civics lesson on freedom of speech.

The cartoons, considered blasphemous by Muslims, have been displayed in France in solidarity and Macron has said he would redouble efforts to stop conservative Islamic beliefs subverting French values, angering many Muslims countries.

The front-page caricature shows Erdogan in a t-shirt and underwear, holding a beer and lifting the skirt of a woman wearing a hijab to reveal her naked bottom.

“Ooh, the prophet!” says the character, while the title proclaims “Erdogan: in private, he’s very funny”.

France has urged the EU to take measures against Turkey in the next summit after Erdogan questioned French President Emmanuel Macron’s mental health and called for a boycott of French goods.

Asked if Nicosia would support the French request, Anastasiades said the October 2 summit adopted a series of conclusions including to consider substantive measures if Turkey did not comply.

“It’s (Turkey’s) attacks are not limited to the Republic of Cyprus and Greece’s sovereign rights. We have an outburst against France too.”