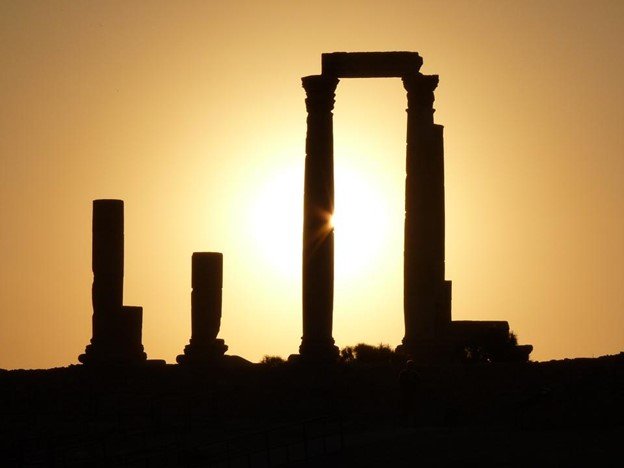 The Middle East is associated with disasters and endless deserts. However, did you know that it hosts some of the most rewarding tourist attractions and World Heritage Sites? It is also one of the melting points for ancient civilizations. Do your homework online and save time as well as resources to tour some of the most rewarding attractions in the world. Here is a list of 10 most attractive places to visit in the Middle East.

Regarded as home to the Three Wise Men, Amadiya is located in Iraqi Kurdistan, only 10km from the border with Turkey. The small town with more than 5,000 years of history has hosted Christians, Jews, Muslims and Persians. It is one of the most scenic places to visit in the Middle East.

Natural beauty blends seamlessly with historic sophistication. Cappadocia is famous for its chimneys formed millions of years ago as the earth was taking shape. The chimneys serve to remind humanity that nature is equally creative.

The city of Dubai is a testament to what man can achieve with imagination. It is the most magnificient city built in a desert and in the shortest time. A single building six decades ago has turned into a city inviting the world in awe. Visit to see what future cities will look like.

It could be the oldest capital of a country in the world, built in the second millennium BC and still in use today. It has changed hands from Christian to Muslim regimes, each leaving a mark. The city has been spared by years of war and is ready to welcome guests on a tour several millenniums old.

No tour to the Middle East would be complete without Egypt. From the mighty pyramids to lost cities and archeological sites, it is a cocktail of history and tourist attractions.

The Roman Empire spread its tentacles into all corners of the earth. Its influence and ruins dot different historical cities, including Baalbek. Some of the ruins are still in perfect condition and are some of the most visited tourist attractions in the Middle East.

Petra has been declared a World Heritage Site and will complete any tour of the Middle East. It was a crucial trade and administrative centre created with surreal beauty. You will see what remains of Royal tombs, a monastery, the treasury and the Siq.

A charming, vibrant modern city, Kuwait City is one of the most breathtaking in the Middle East. It has grown from a stormy past to a now tranquil and thriving global business hub. It is also a centre for Arabic performances.

Dhofar combines turquoise blue waters with a scenic mountainous background. Since the place has barely been discovered by tourists, it is one of the most serene tourist spots in Oman.

Located in the second largest city in Bahrain, Riffa has a fort that protected the locals from enemy attacks through the sea. Today it is one of the most thriving business centres in Bahrain.

The Middle East has mastered the art of preserving history for mankind. It also combines scenic seas and deserts to create the most rewarding cocktails. The attractions in the Middle East are like no other in the world.

Will Dogecoin reach $1? analysts say Chronoly (CRNO) could get there soon