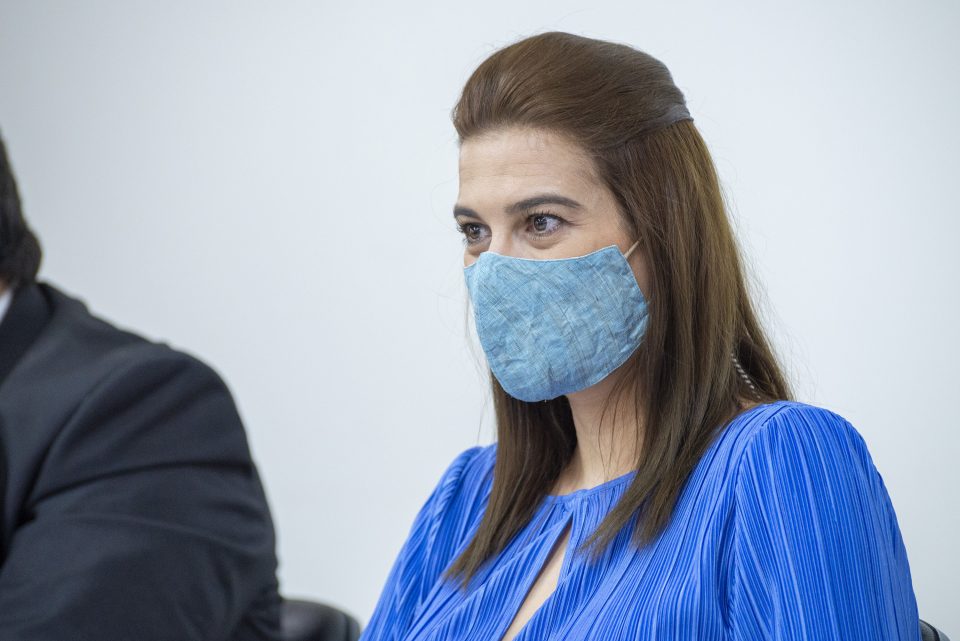 The energy ministry will seek to tap millions in EU funds to finance the transition to greener energy, minister Natasa Pilides told the House finance committee on Thursday.

Pilides, who was presenting her ministry’s budget for 2020, said that another priority was to ensure that next year’s planned gas exploration in Cyprus’ exclusive economic zone (EEZ) stick to schedule.

And she voiced concern over the large number of legal challenges to Cyprus’ halloumi trademark abroad by Cypriot and other producers.

The energy ministry, which also covers industry and commerce, plans to spend €91.1m next year of which €41.6m is in regular expenditure — €5m more than last year to cover a costlier payroll. Another €49.5m is earmarked for development spending, including €26m for natural gas infrastructure and €19m for industrial areas – the bulk of it for road works and other infrastructure at Vasiliko.

Sticking to the time schedule agreed with the natural gas companies for exploratory and confirmatory drills despite the prevailing uncertainty, was a priority, she said. In view of the coronavirus pandemic, efforts will be made to introduce safeguards so that drilling can be carried out safely and procedures agreed in the event of a positive case.

The ministry was also running a number of projects on energy saving for homes and businesses and public buildings, for better energy performance in SMEs, the manufacturing sector, municipalities and local communities and subsidies to install photovoltaics at houses among other.

And it has submitted proposals for EU financing of business for the gradual transition to green energy, digitisation and the introduction of innovative products and services.

It hopes to draw €400m in the new programme period – quadruple that of the previous year — for projects that will start being announced in early 2021.

As regards the consumer protection service, Pilides said a bill was being drafted to bring together the various bills to make protection more effective.

New software is being developed to monitor petrol prices as the current system is no longer considered credible given the introduction of new fuels and players in the market. A specialised IT system will automate market checks, she added.