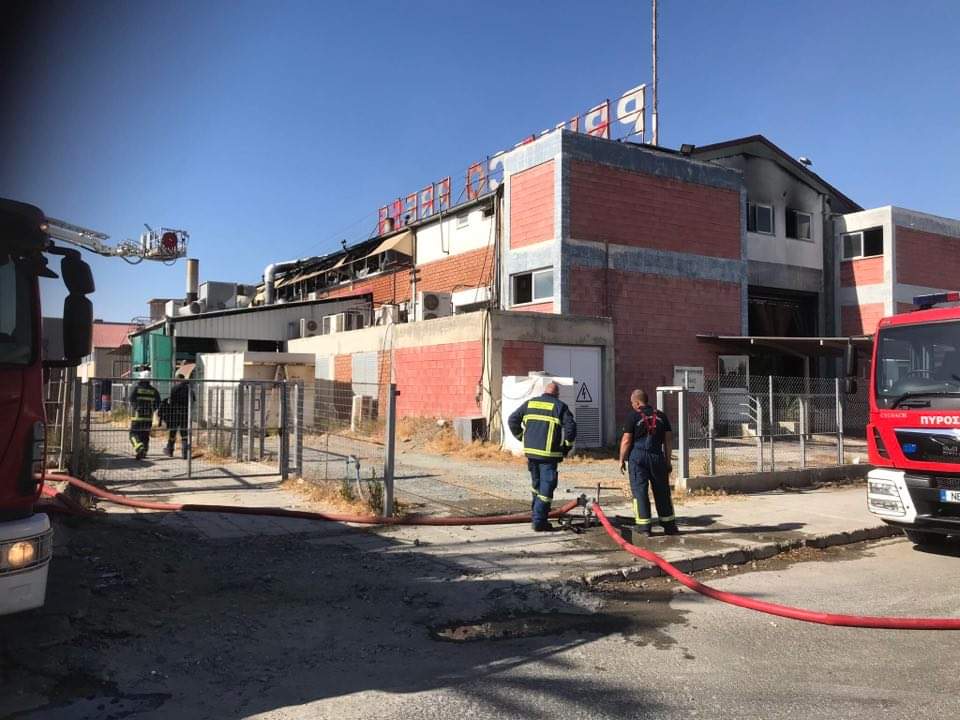 A large crew of firemen put out a blaze at a printer’s in the Strovolos industrial area an hour and half after it erupted, the fire services said on Thursday.

According to fire service spokesman Andreas Kettis seven engines and 20 firemen were called on site to put out the blaze that broke out at around 11.30am. It was put under control just before 1pm.

No injuries have been reported, Kettis said, as the staff was evacuated as soon as the blaze started.

It seems the fire started from the roof during insulation works and spread to the equipment.