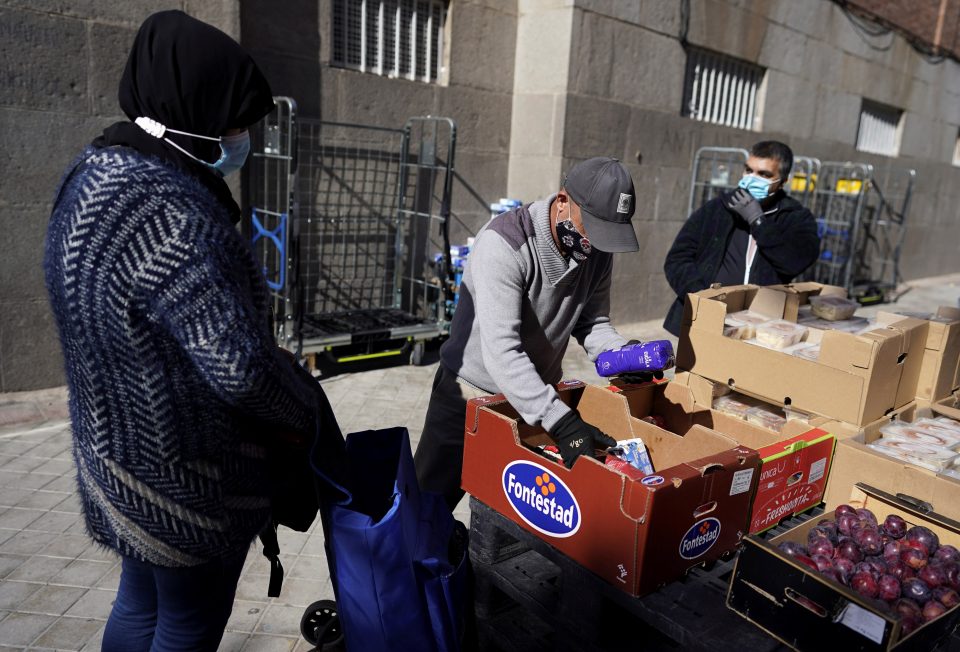 Before the coronavirus pandemic, Conrado Gimenez’s Madrid-based food bank helped around 400 people a month. Now it distributes 10 tonnes of supplies between 3,500 people every day.

Hit by one of Europe’s worst coronavirus outbreaks, the Spanish economy has been pulverized. September data showed Spain was down 450,000 jobs compared to a year earlier, and around 3.8 million people are out of work.

“We anticipate that if this continues for another three to six months there will be a social breakdown.”

The leftist government has rolled out a much-vaunted basic income programme and is supporting nearly 730,000 people through a national furlough scheme, but many fall through the cracks.

Dolores de San Antonio, 23, who illegally occupies a house with her husband and three children, was told she doesn’t qualify for the programme despite her household only subsisting on 422 euros ($499) a month, well below Spain’s minimum wage of 1,108 euros.

“All I ask for is an opportunity to work so I can pay rent and live with dignity,” said San Antonio, whose family faces eviction in December.

“I don’t want my girls to have to live with this kind of stress, especially the older one…. She has even offered me money from her piggy bank to make ends meet,” she said, fighting back tears.

Outside the church of Santa Maria Micaela and San Enrique, which serves as the foundation’s main hub, women queue up to receive their daily ration of bread, milk and nappies.

Many struggle to find work after losing jobs to the pandemic.

“My mother doesn’t have a job and my dad is furloughed but they’re not paying him, so I don’t know how we’re going to pay the bills this month,” said 18-year-old Paola.

With two young children to feed, she is looking for work but has so far found nothing.

“I don’t know what we’re going to do. There’s no food in the house.”