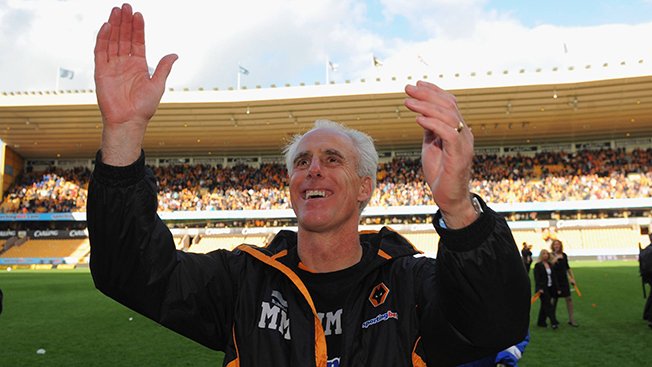 Apoel have been linked with former Wolves, Ipswich and Republic of Ireland manager Mick McCarthy. According to the club's own Facebook profile, McCarthy is expected to be on the island this weekend for a final round of discussions

The ninth round of the Cyprus first division would have started with two evening games on Friday, with Enosis and Doxa drawing 0-0 and AEK hosting Pafos in Larnaca.

However, as we mentioned earlier in the week, the fourth coronavirus case in the span of seven days for Pafos meant that their game was postponed.

In the early Saturday game, AEL will face Ermis Aradippou, with a potential win taking them as high up the table as third.

Speaking before the match, Belgian attacking midfielder Danilo Campos said that his aspirations at every club that he’s played for is to “win titles, to win something, to make history”.

“For this year, for sure we want to do our best. The team is very close to each other. We have a very good feeling inside the team, a family spirit”, Danilo said.

In the biggest game of the round, top-of-the-table Apollon Limassol will face off against troubled Apoel.

Apoel fired coach Marinos Ouzounidis on Monday after a poor start to the season.

Though Petrides revealed that Apoel owe €8,000,000 to the state and have a loss amounting to around €5,000,000 for the current fiscal year, he assured fans that the club will not be in any financial trouble any time soon. “I am not here to bankrupt Apoel”, he said.

Among the financial revelations was the amount that Apoel has forked out in compensating prematurely dismissed managers and players. This comes to €1,200,000 for the past two years.

On hiring a new manager, Petrides said that the final decision has yet to be taken but that the club was close to confirming their new man.

“A decision might be taken by this weekend. He won’t be on the bench managing the team but he might attend the game”, the Apoel chairman said.

“We already have a shortlist of managers and by tonight we will conclude on the final 2 or 3”, he added.

Apoel have been linked with former Wolves, Ipswich and Republic of Ireland manager Mick McCarthy. According to the club’s own Facebook profile, McCarthy is expected to be on the island this weekend for a final round of discussions with the Apoel board and may attend the game.

On the recent move of star player Musa Al-Taamari to Belgian club OH Leuven, Petrides said that the player was not in touch with reality and the club were forced to sell him at a discounted price for fear of losing him for nothing next summer.

“He was the only player to whom we offered better wages but seeing him every day I realised that his mind was not here so we sold him now so that we didn’t lose him on a free”, Petrides said.

Elsewhere, Salamina announced the firing of manager Pambos Christodoulou on Friday following a poor start to the season in which the refugee club racked up seven losses in the opening eight games.

“In no way is the dismissal of Pambos Christodoulou related to his managerial abilities nor with his worth as a coach”, Salamina’s statement read.

“This has to do with the adverse conditions he has had to face while performing his duties”, the statement added.

Finally, Salamina have also been charged by the Cyprus Football Association for a number of infringements during their game against Anorthosis on October 17.

The charges for which the club has been fined for include their five yellow cards during the game, the allegedly racist chants that fans directed at Anorthosis manager Temur Ketsbaia, spitting at the match officials, and the unseemly behaviour of fans in the 79th minute of the game where they approached the opposition manager’s bench and hurled abuse at both him and the match officials