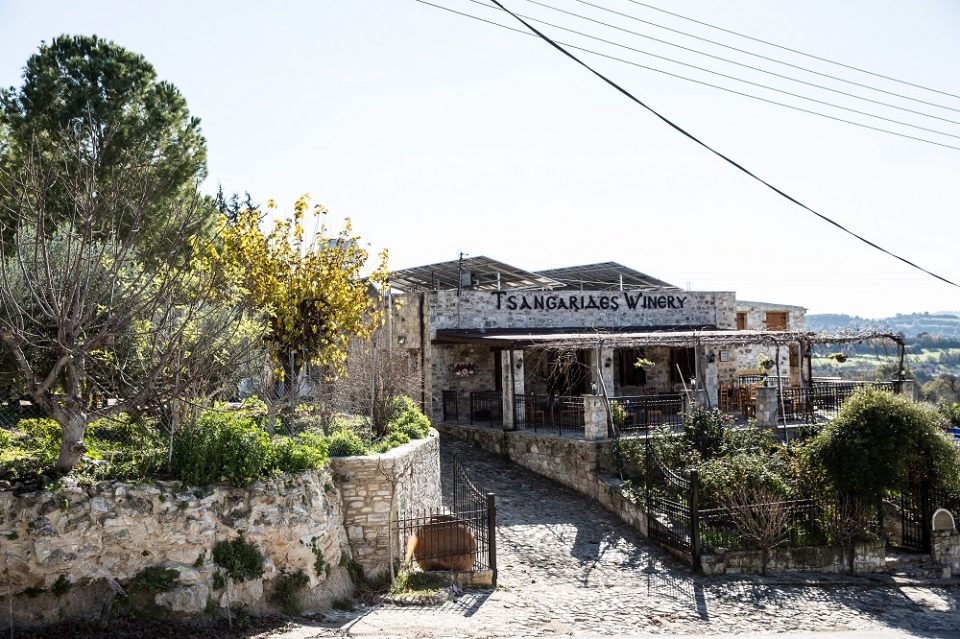 This year’s grape harvest in Cyprus is one of the best in recent years, but that doesn’t mean winemakers are looking forward to a profitable vintage – the coronavirus pandemic means many wineries are still struggling to sell last year’s yield, with some even suffering a drop in sales of about half.

An unknown future lies ahead for one of the island’s oldest industries as most wineries are unsure of how or where they will sell this year’s product, and are unable to make any sort of plans for the future, they told the Sunday Mail.

The harvest across the varieties in Cyprus has been one of the best for years, agreed head oenologist at Sodap’s Kamaterena winery in Stroumpi Stephanos Stephanou.

“The grapes are perfect, they show good maturity, nice aromas and structure, and no disease. It’s a good year for wine,” he said.

Tsangarides winery’s Angelos Tsangarides agreed: “It has been a very good year for grapes,” he said

Yiannis Kyriakides, of Vasilikon winery in Kathikas, said the same thing, the harvest has been a good one, and despite that fact that there is no indication of what the future will hold, the winery will make almost the same amount of wine as last year.

“It’s bad for all of us and we encourage people to buy Cyprus wines and not imported ones,” Kyriakides said.

Tsangarides lamented that although the harvest was good he is not sure what to do with the grapes. “Our main market is here in Cyprus. We sell around 80-90 per cent here and usually export to China and Singapore, but none of our overseas customers bought this year,” Tsangarides told the Sunday Mail.

The problem is that it’s impossible to plan anything, he added.

“If it was last year, I would be preparing for Christmas, but we have no idea what will happen tomorrow let alone March or April next year,” he said.

The Tsangarides winery is a boutique family-owned and run venture in Lemona, Paphos. The current owner and his family are proud of their heritage and want to carry it on. Their great, great grandfather prepared the land and planted the first vines.

And it is not just overseas sales that have plummeted. “There is just no tourism this year, it’s not just affecting me or the wine industry but everyone. We usually get millions of tourists a year but there have been hardly any and the population here is not even a million. Everyone is being affected,” he said.

Currently, the winery is bottling on an ‘ad hoc’ basis, as the need arises.

“It’s very difficult as the running costs of a winery are huge and many people are reliant on it as an income.”

Sodap too has main markets of hotels and restaurants, which were the first to be hit by the Covid 19 pandemic and remain so, Stepahonou said, adding that this has resulted in large quantities of unsold wine having to be stored at the winery, and they are now having difficulty finding the space.

“We have close to four million litres left from last year, it’s usually close to 2/3 million litres. We have had to exploit the situation and do what is necessary to try and free up space. We have repaired old tanks and filled them with wine and utilised every part of the winery we could,” Stephanou said.

As Sodap and the winery of Kamanterena is a co-operative, created by vine growers to trade their own grapes, Sodap has done everything possible to take the harvest this year and received four million kilos, the same amount as last year, he said.

“The future is uncertain all over the world and Covid 19 has created so many problems. We are looking for new and other markets, but the pandemic has made it difficult to export now. The situation is really difficult,” he said.

In March, local winemakers called on authorities to help them better promote their products, as it emerged that sales of imported wine outstrip exports by 10 to1.

MPs heard that in 2018 exports of Cypriot wines were just €2.5m, compared to imports worth €25.5m. Politicians called for better branding and market placement.

“I don’t think people really have a budget to advertise or anything, we (Tsangarides) have done some on social media, like everyone. We are around 40 to 50 per cent down on last year and are mostly selling at supermarkets this year. Usually our main market is restaurants and hotels,” Tsangarides said.

The winery bottles around 300,000 in a good year, and are unsure of exact numbers for this year, but they maybe only around half, he added.

Although grape growing and wine making have been part of the culture spanning generations in Cyprus, and there is evidence that wine making may have existed as many as 6,000 years ago, the industry has gone through many changes in recent years .

The sector is also a significant contributor to the economy through cultivation, production, employment, export and tourism.

Grape production in Cyprus has dropped by around 20-30 per cent this year in general, Tsangarides explained. He said that when the grapes are a better quality, production is generally less.

“The government’s green harvest scheme has also meant a reduction in numbers and a lot of grapes were picked in May,” he said.

Under the EU’s wine support programme, wine-producing member states like Cyprus may currently offer financial support for a number of measures, including green harvesting, (the process of removing extra grape bunches from a vine when young), which will ensure there isn’t a surplus of grapes.

The programme offers compensation for growers that meet the criteria.

A vineyard must be registered in the Viticultural Register, be of a specific size and planted by 2015. Vineyards planted since 2016 and later are not eligible.

But winemakers only see the sector in Cyprus surviving if the effects of the pandemic start to improve. “If it remains like this for a few years,” Kyriakides warned, “it will be very difficult for the industry to keep going.”

Our View: There is still a tiny window open for a federal solution