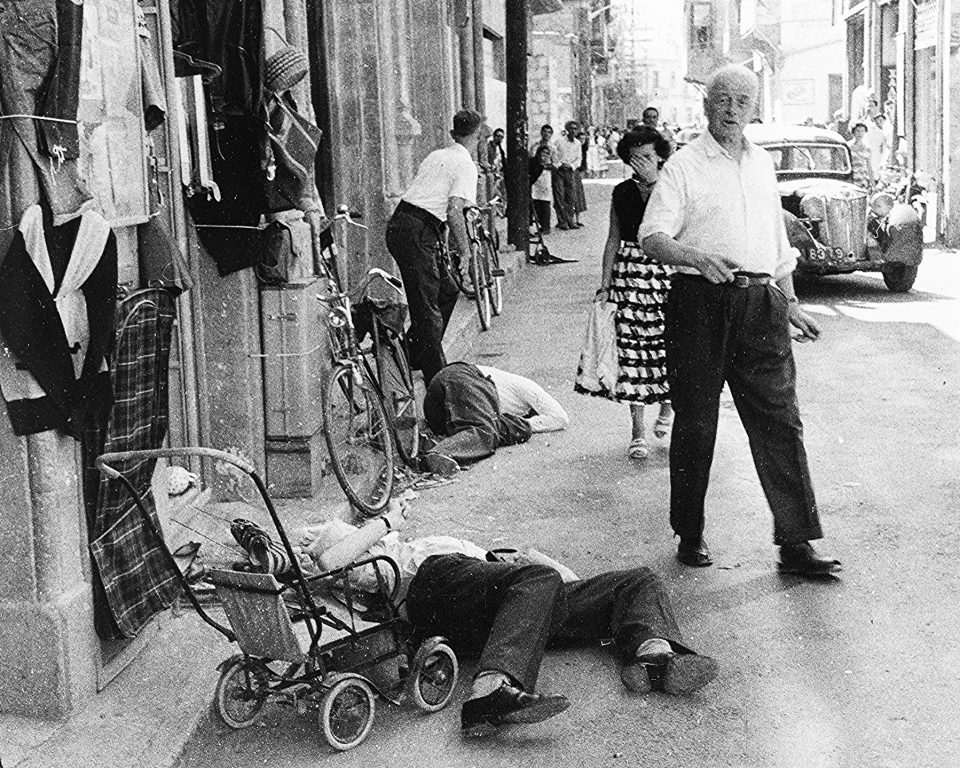 VICTOR Bodker was a beloved tyrant. If he were alive today he would have protesters, activists, anarchists and all whose minds were out of joint, on parade and saluting. Yet he loved people.

As editor of the Cyprus Mail from 1946 he was a kindly dictator. He knew the editorial content he wanted from reporters – and people who penned articles at home and sent them in. A comma or full stop, were never out of place. Make a typo – yes these were the days of typewriters – and he would criticize you for sloppiness.

While he controlled the news and features side of the paper – it was a broadsheet in those days – he rarely cast an eye on advertisements.

Consequently, ads for John Odgers bar and restaurant on Regina Street, which ran a daily box, featured such errors as ‘Roast Peasant’ and another which should have said ‘Duck a l’orange’ – didn’t. Such papers sold out by midday and were the delight of gossips.

The Cyprus Mail was eight years old – in late 1953 – when I first encountered Victor. I was serving my last days in the RAF, working as a presenter on Forces Broadcasting Service in Nicosia (the studios) and studying Journalism. Larry Durrell (the elitists knew him as Lawrence) tipped me off that a Mr Manglis was going to build a business tower, a skyscraper on Ledra Street – as a part of a million pound development plan. Durrell was PR for the Colonial Government.

I penned an article and showed it to Victor. He was delighted, then started pulling it apart, but he did use it, so I climbed aboard the Cyprus Mail and was with them until 1962.

In spite of digging, one discovered very little of Victor’s past, except he had been one of the Press Corps in Adolph Hitler’s Germany in the mid to late 1930s. His wife said once she had many times encouraged Victor to write about the spread and development of Nazism in those years prior to World War II. Douglas Grant, a corduroy jacketed, pipe smoking assistant editor said “Victor had seen so much, it horrified him to the point he would not talk about his experiences.”

So it was that when there were isolated protest demonstrations in Nicosia and Limassol – usually by young men – Victor became extremely angry and started to voice his anger in editorials. In fact, one day Jacko, that’s Iacovos Iacovides, the Founder and Publisher, told him several times to desist.

When EOKA with Colonel George Grivas took the stage in April 1955 Victor voiced suggestions “those youngsters should be thrashed.” Yangos, Jacko’s brother, spotted the editorial and it was promptly cut.

Victor loved to hobnob with the Fleet Street correspondents that came in those early years, because he had known some or most of them in the UK and Germany. Ralph Izzard of the Daily Mail was one.

When Greek Cypriot protesters in the then Metaxas Square somehow caused the British Council building to burn, it was observed by Izzard who did what many Cypriots did, walk with a bicycle and watch. Next day the Daily Mail’s front page shouted: “I’d Sack the Governor for This.” When Governor Sir Robert Armitage was replaced a few days later, Victor had a celebration in the Ledra Palace. Ralph had disappeared and later claimed he never wrote the head.

1955, EOKA and the change that ultimately brought about the end of colonial rule in Cyprus in August 1960, also changed the newspaper. I recall one evening Jacko took Doug Grant, Andreas Hadjipapa and a couple of others, including myself to – I think, it was Antonaki’s Bar, a spacious place in the heart of Nicosia – and imparted to us that it was the tenth anniversary.

1956 and 1957 were hard working years for the team at the Cyprus Mail. The offices and the printing unit were in an alley off Ledra Street which ultimately became ‘Murder Mile’ in the British Press. One day in September 1956 Roy Bellm, Victor and his secretary Effie, who ultimately became Jacko’s other half, heard a crackling sound at the end of the alley.

Grabbing my Rollei I ran after Victor. The elderly man could move when a story was afoot. To our horror, three British policemen in civilian clothes had been shot. One was dead, one was dying, one was injured, holding a gun and looking up the street.

My camera clicked in what became a famous photo. It shows the carnage and in the middle is Victor Bodker, calling for an ambulance. Roy Bellm found a taxi. The three policemen were piled aboard and were gone by the time any other reporters and photographers arrived.

Victor was mortified by the killing. He wanted to express his emotions in an editorial but we all knew that this would invite retaliation. Staunch colonialists criticized the newspaper and this hurt him. One of the last things he said: “Being editor in times of radical change is like walking a tightrope.”

It was the last time I saw him. News took me to other countries for a few months and when I returned, the old Ledra Street operation had gone and been replaced by a large and modern office and printing shop. The old linotype lead-clicking machines were there, so were the galleys. The huge press machine downstairs regularly rolled at 2am. The address: 24 Vassiliou Voulgaroctonou, Nicosia.

But Victor had gone too. His editor’s chair was filled by a succession of talented journalists, Ken Mackenzie and David Lewis. None of them stayed long, the pressures of running a newspaper in the middle of an island struggling for independence was a tough challenge.

I stayed as news photographer, writer, and part-time night editor until the end of 1962 when other worlds called. In my thoughts of a time so long ago, I cherish the memories and companionship of Victor Bodker, Doug Grant, Jacko and Yangos Iacovides, and Effie – she was a gem.

The photo of Victor Bodker standing in Ledra Street seconds after a killing was awarded an Honourable Mention in the British Press Photos of the Year – News Section, 1956.

Six in custody over Nice church attack in France

UK minister says lockdown in England could be extended (Updated)