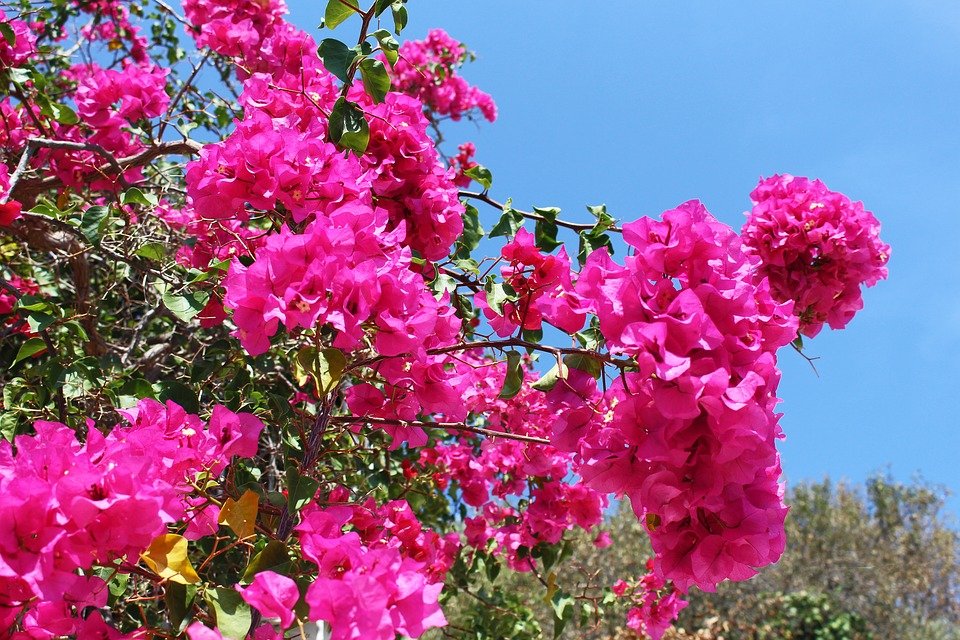 Before I came to live in Cyprus over 20 years ago, I was for many years involved in a UK national garden plant conservation society. The founder organisers were worried about the loss of garden plants in the UK with many hundreds going out of cultivation every year. The reason for that was sometimes that a newer hybrid was often healthier, more floriferous or less prone to bugs than the parent, or that the plant had gone out of fashion, just like many other things can do. The organisation was re-named later as ‘Plant Heritage’ and I often wondered exactly was meant by ‘heritage’ in regard to plants. Dictionaries tell us that heritage means something that is handed down from the past or relating to an older, traditional breed of plant or perhaps endemic to the country in which it was first found.

Many plants grown in Cyprus nowadays didn’t start their lives here, but if we didn’t have them in our gardens now, then they would be severely lacking in colour, form and perfume. Take for instance the very colourful bougainvillea, adorning the fronts of houses everywhere here and was first found in tropical and semi-tropical countries throughout the world. Hibiscus, you may not be aware came originally from China, along with that wonderful rose, Rosa banksia, which grows so well here. A spring-time favourite, Jasminum mesnyi, is sometimes known as the Chinese Jasmine, as that is where it was originally found.

How naked our gardens would look without the wealth of those plants that started life in South Africa – some 10 per cent of the world’s flowering species came from there. The list is endless and includes agapanthus, chasmanthe, clivia, freesias, kniphofia, nerines and plumbago, not to forget pelargoniums, known here as geraniums. I remember writing to the National Collection holder of Chasmanthe about the plant, as it produces flowers in the spring, whilst crocosmia, to which it is related, flowers in late summer. The holder was curious to know how it came to be growing here as it is not native to Cyprus and was only first described as being endemic to the Cape Province in South Africa in 1932. Chasmanthe flowers abundantly in many older gardens here, reproducing itself every year from corms.

The endemic plants of Cyprus are lavenders, rosemary and many herb-like plants, which were widely, and still are, used in home remedies, as well as for flavouring foods. So how did we acquire so many other non-heritage plants? The answer has to be the enthusiasm of gardeners here looking for more decorative plants, although what could be more pleasing to the eye than a field of poppies, hidden pastures of Tulipa cypria in the spring time or even wild orchids tucked away under trees, of which there are many species here. The growth of garden centres and nurseries over the past 20 years along with much media coverage and Cyprus becoming a member of the EU, has brought about many changes and plants are now being imported from Holland, surely the biggest plant exporters in Europe, as well as Israel.  So should we embrace them further or stick to our own ‘heritage’ plants? Surely there is room for both!

Hopefully your spring bulbs should all be planted by now, and although tulips flower later than daffodils, make sure that they are in by the end of this month or the earth will be too cold for them to make roots.

You may notice that some cacti and succulents are beginning to throw up flower stems already. The lovely bright Crassula capitella ‘Campfire’, whose leaves glowed all summer, will have long flower stems now. Aloe vera plants will flower in the spring but their leaves once cut and split open exude a salve that is good for burns and itches. I have planted some big clumps of them on a huge bank here, alternating them with Agave americana Variegata and hope that they stabilise the soil. Hedges are growing fast as well, so it is important to keep them trimmed before the task becomes too difficult.

Trimming back shrubs now that the weather is mild will do them a power of good. Plumbago comes to mind here as it can become large and very woody if care is not taken with it. If it is still a young shrub with lots of green growth  you can prune it right back to 20cm or so, but if it has produced lots old wood you may need to take more drastic action and prune more thoroughly or eventually you may lose it altogether. Jasminum officinale can also be pruned right back to the wood as well, although I sometimes leave this until the early spring, as next year’s flowers will only appear on fresh new growth.

Lavenders may also need a trim, but rosemarys will start to flower from now on, so leave those flowers for the bees. My under-gardener has been pruning our almond tree that can put on about 2 metres of growth a year and is then too tall for the nuts to be picked. The pecan trees have had some drastic pruning too. Last year, we had an enormous crop of nuts, which were harvested before the crows got to them, but this year not so many. This is called biennial bearing and probably means the tree was severely stressed by the amount of nuts and will not produce many the next season. This can happen to fruit trees as well. We have very few citrus fruits this year. The early heat waves and storms took off the flowers and embryonic fruits, which is a great disappointment.

Take green cuttings of your favourite plants now and after cutting off the top growth and lower leaves, dip the cut end into some hormone rooting powder, and place it firmly in a pot of compost, and then water. It is possible to get about 7 cuttings round the edge of a 1 litre pot. Insert a label with the name and date you took the cuttings and place the pot in a plastic bag, tying the top. Keep it in a light but not sunny spot and check after several weeks to see if the fibrous roots have appeared through the holes in the bottom of the pot, when the plants will be ready to move on to pots of their own.

Keep checking any other potted plants and move them under cover if it gets too cold in your area. A particularly good one here this year has been Tradescantia sillimontana whose grey foliage and delicate pink flowers have given me much pleasure. I hope that you find gardening pleasurable too.

The bright, almost florescent pink flowers of Nerine bowdenii certainly brighten up the late autumn days here. Nerines belong to the Amaryllis family, although the flower heads are smaller than those of Amaryllis belladonna. They were collected in the Drakensburg Mountains in South Africa and legend has it that the first consignment was shipwrecked on the Channel Islands where they thrived and were eventually called the Guernsey or Jersey Lily. They also go by the names of the Cape Flower or the Japanese Spider Lily. True to their South African origins, nerines require a dry, sunny location to thrive and are happy in poor soil, as nerines in the wild also grow in very poor soil. Bulbs grown in richer soil grow bigger and have more leaves, but at the expense of flowers. However, they will not flower in shaded situations and do not compete well with other garden plants. Otherwise they are very easy to grow and disease free, their only enemies being slugs or snails who like the strap-like leaves.

They have the most stunning flowers with a faint perfume on warm days. Like many plants they look best in large groups, which may take some time to establish. They do not like being moved and will sulk and not flower if moved about too often, so ensure that you choose the right place for them when you first plant them.

You will probably see the bulbs for sale in the spring time and they can be planted then. Place them 7-10cm apart, leaving just the tips above the ground. They will send up some leaves but will only produce flowers a year or so afterwards. If planted outdoors they should be in a well-drained spot, preferably against a warm wall, but they will grow well in pots too. They are remarkably drought-proof but dislike cold damp soil and humid temperatures. They lie tucked under the soil for almost all of our hot summers and start to grow again as the weather cools down in late October or November.

They have been given the Award of Garden Merit (AGM) by the Royal Horticultural Society as they are a really truly amazing flower.

Finance ministry warns against any more changes to foreclosure processes