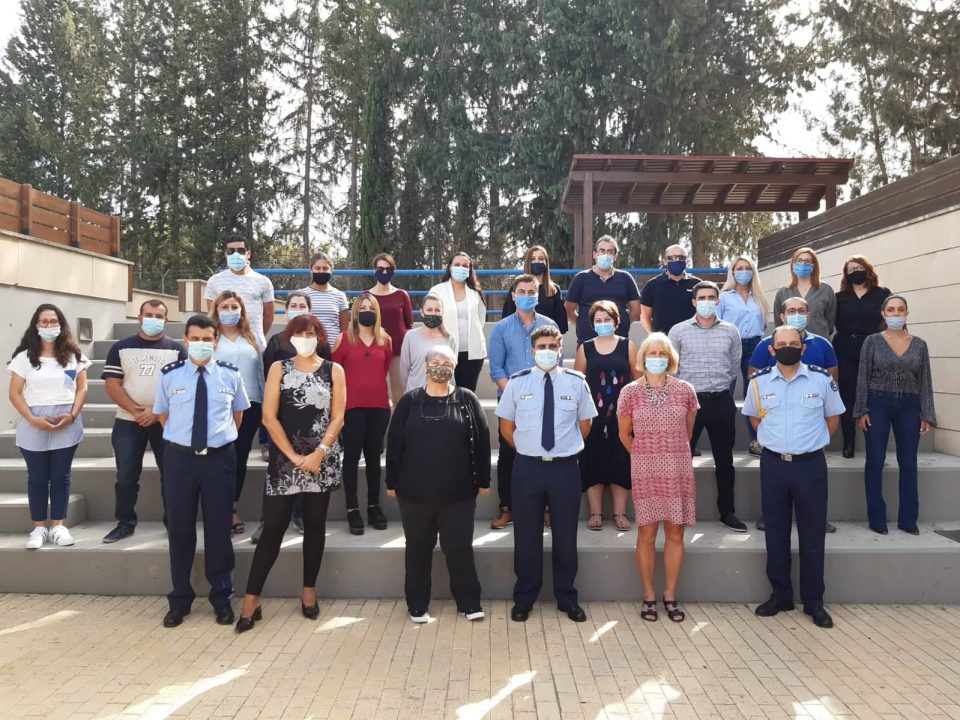 Participants In One Of The Workshops

Discussions got underway this week for the creation of a sexual assault referral centre where victims of crime could seek support and undergo the necessary examinations by specialists following the visit to the island by two sexual violence experts.

The two experts were on the island to prevent police mishandling of such cases, by providing them with clear guidelines and an insight to the victim’s perspective.

“Officers are not trained like psychologists to deal with and understand the effects of trauma,” Eaton said. “A centre would give police a better referral pathway and support,” she added.

Such a centre would allow rape victims to undertake a forensic exam, give testimony to the police and receive free counselling all in the same place. The centre, which would probably be based in Larnaca, would also collaborate with England.

The pair met senior officials from the health ministry, ministry of labour and social welfare to initiate discussions on such a unit’s creation. The association for the prevention and handling of family violence (Spavo) and police were also involved.

The experts will now prepare and submit a report with their recommendations for the creation of a centre to the British high commission.

“We will recommend the centre to be for everyone, including boys and men,” said Eaton.

The two, who began their co-operation in February, came to the island in the wake of the force’s treatment of a British teenager who reported she had been gang raped by 12 Israeli youths last year in Ayia Napa led to an international row.

The young woman, who was eventually found guilty of lying, had later reported that police had pressured her to sign a retraction statement, withdrawing her rape claim after questioning her for hours.

Cyprus police denied any mishandling of the case.

The Scottish rape counsellor believes “mistakes were made”.

“I think they understood that mistakes were made. That’s why people have been welcoming to us, because nobody wants to make mistakes over and over again,” Kerr said. “It would have been easy for them to be defensive, but instead they were very receptive”.

Kerr, currently the manager of Glasgow and Clyde Rape Crisis Centre, combined her 40-year experience with rape victims with Eaton’s expertise on gender-based violence and her former experience as a detective to form a ‘partnership approach’ programme.

“It combines the two perspectives of the police when trying to gather evidence, but also understanding that someone has just experienced trauma,” Kerr explained.

A total of 41 police officers on the island, including two from the SBA, have taken part in two cycles of interactive trainings held by the two experts. An initial four-day workshop for investigators took place last week, and a two-day training for first responders was held this week.

“We hope this will be the first step to start training more officers,” Kerr said.

During the trainings, the officers practised how to talk to rape victims.

“Some were very good, and some were not so good,” Kerr said “it’s a learning process.”