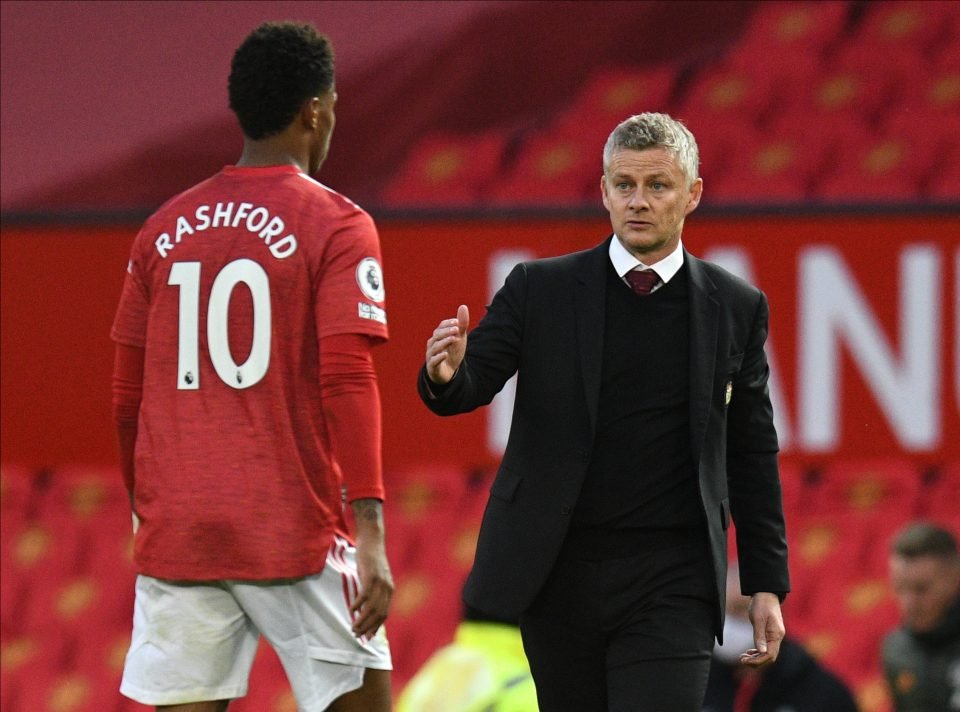 Manchester United manager Ole Gunnar Solskjaer said he hoped to celebrate his 100th game in charge of the club with a victory, but is well aware of the threat posed by old rivals Arsenal.

Solskjaer faced questions about his position following this month’s 6-1 Premier League defeat by Tottenham Hotspur but his team have since won three of their last four games in domestic and European competition to silence the critics.

“Arsenal is always going to be difficult, because they’re a very good team with a good manager who has got some great ideas on how football should be played and I’m looking forward to it,” Solskjaer told reporters ahead of Sunday’s game.

“Surprised it’s 100 games, it’s gone really quickly even though a lot has happened, so let’s hope I can celebrate number 100 with a good performance and a good result. I’ve enjoyed it so far.”

“At the moment, we’re looking like a Manchester United squad, I’ve got opportunities, competition for places,” Solskjaer added.

“Any successful team in the modern era of football have had the option to rest players … that’s probably the only way you can last in this most intense league in the world and also with the Champions League involved, you want to go for the trophies.

“I’ve been pleased with the response after what we did early on in the season, we knew we had to hang in early on and try to get points on the board because we were far behind but now we feel fit and strong and competitive in every game.”

Meanwhile, Mikel Arteta believes Arsenal have the “perfect scenario” to win at Manchester United on Sunday and end a torrid run of away form against their big-six Premier League rivals.

The Gunners have gone 28 games without a win at United, Manchester City, Chelsea, Liverpool or Tottenham – a record which stretches back to a victory at the Etihad Stadium in January 2015.

Arteta managed to pick up wins over United and Liverpool at home in the Premier League last season while also beating Manchester City and Chelsea to lift the FA Cup.

But it is at the home of their main opponents where Arsenal have notoriously struggled under Arsene Wenger, Unai Emery and now Arteta – although the current boss believes it may be time to bring that run to a close.

“It would be great,” Arteta replied when asked how important it was to address Arsenal’s form against the big six with a win.

“I think it’s been 14 years since Arsenal have won a Premier League game at United and, after the defeat like we had against Leicester last week, I think it’s the perfect scenario to go there and try to do that.

“Since I was in this country and was watching the Premier League, it was the most exciting game probably of all season. As well as the rivalry between the two clubs at that moment, because they were constantly fighting with each other for the Premier League title.

“They were tense, emotional, it was passionate, some really good games and situations that occurred there.”
Arteta said he has been impressed with the evolution of his side since he took over last December.

“We’ve done it against some big teams already, now we have to do it in a consistent way,” he added.

“I’m not concerned about performances because, as you mentioned, you can see the trend and how we are evolving.

“It’s just those margins, how we manage the margins within the games and those game moments when we try to get wins and not lose those games.”

Over 50 bookings for not wearing masks