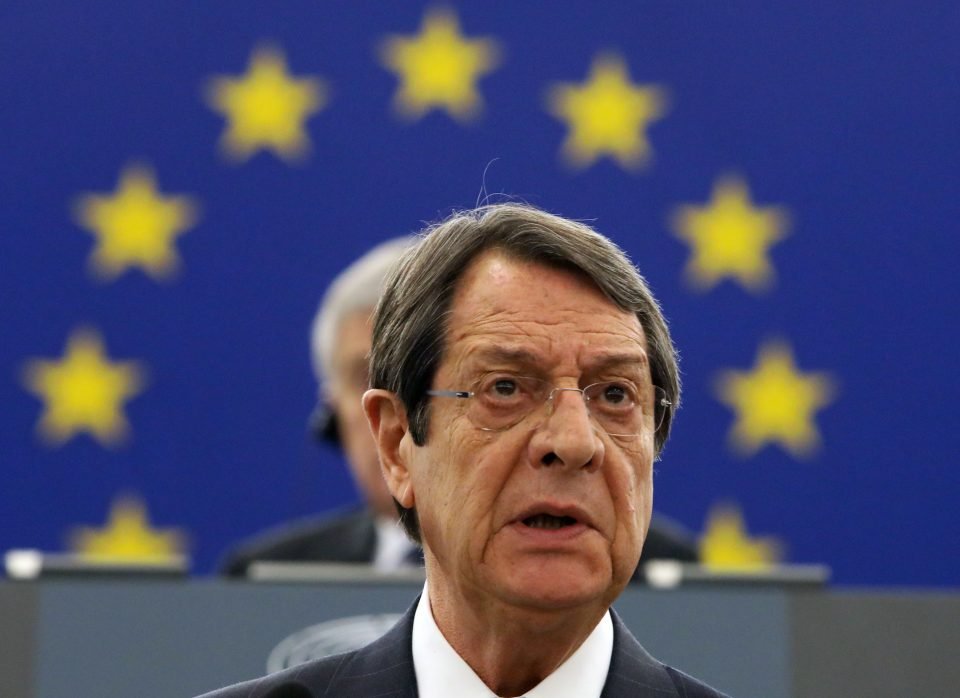 Greek Cypriot politicians have consistently exhibited a reckless attitude and unbelievable incompetence in managing political affairs. Take the current occupant of the position of president

As partition of the island is increasingly becoming a likely outcome, it is time to look the bull in the eye; beating around the bush is no longer an option

The word linovamvakoi (which literally means dressed in linen on the one side and in cotton on the other side) is found only in Cyprus and it represents those Cypriots who converted to Islam during the years of Ottoman rule for reasons of physical and economic survival. Some argue that the descendants of these people represent a substantial segment of today’s Turkish Cypriot community. Whether this claim is valid or not, I am not in a position to say.

However, in an interesting twist of history the Famagustians, who consider themselves to be of Greek extraction, may end up being confronted with a similar dilemma to that of their ancestors. In fact, Greek Cypriot refugees from other parts of occupied Cyprus may also find themselves being confronted with this harsh dilemma. They may view this option as the price they need to pay for repossessing their lost wealth (or at least part of it) and for returning to their “homelands”. I am horrified by the fact that “partition”, which was once an inconceivable concept, is now openly discussed as one of the available options.

In a partitioned Cyprus, the comeback of the linovamvakoi is a scenario, which nobody can rule out. Once initiated, the process may snowball, forcing Greek Cypriots either to follow suit or pack up their suitcases and emigrate to other lands. I suspect that many Greek Cypriot politicians will reject this nightmarish scenario as sheer fantasy but it is a scenario we have seen materialising on innumerable occasions, in many parts of the world. Why not Cyprus?

There is very little doubt that the blame for getting into the mess we are currently in sits entirely on the shoulders of the Greek Cypriot politicians, who have consistently exhibited unbelievable incompetence and a reckless attitude in managing the political affairs of Cyprus.

Take the current occupant of the position of president and leader of the Greek Cypriot community. He has been elevated to these positions as a result of being a fervent supporter of the re-unification of Cyprus. Indeed, during his first term in office (2013-2017) he actively pursued this goal and, as a consequence, very substantial progress was made, to the point of admitting that we were within a breathing distance of re-unifying Cyprus.

Then something went wrong. A lot of people (including people who were in attendance in Switzerland) claim that he has made a turn of 180 degrees to become a challenger of the re-unification of Cyprus. There is a lot of speculation as to what has caused this apparent change. At the beginning it was the demand that the Turkish military presence in Cyprus as well as the ‘guarantees’ of the UK, Turkey and Greece be terminated. Then, it was the proposal for a loose federation (or, some claim, a disguised form of partition), which he never explained in detail. Then it was his meeting with the Turkish foreign minister and the sounding out of the other side on other ‘options’ (a two-state arrangement or a confederation).

It is true that Anastasiades has vehemently rejected the accusations levied on him as being totally unfounded but the fact is that, following the collapse of the Mont Pelerin and the Crans-Montana discussions and his “zero troops, zero guarantees, as of the first day the settlement is implemented”, his behaviour was characterised by a “yes, but…” attitude, combined with practical steps that had a negative impact on the relationship of the two Cyprus communities and their leaders.

Thus, despite the continuous prompting of the Secretary-General of the United Nations to take practical steps that would pave the road for a comprehensive settlement of the Cyprus problem very little has been done in the past three years.

Whether we like it or not, the time has come to look the bull in the eye. Beating around the bush is not an option anymore. The opportunity that is (hopefully) coming up is Anastasiades’ last chance to salvage the situation. He’s got to do his best if he does not wish to see his compatriots being turned into linovamvakoi and his name going down in history as the Greek Cypriot leader who wrote the last chapter in a history book covering thousands of years.

As an absolute minimum he needs to come out and explain in clear, simple terms what he has in mind and how he is going about achieving it. He also needs to tell us what he realistically believes are his chances of success. Clean, honest words are what is needed right now. There is no room for Delphic oracles or for creative ambiguity. The country is going through a confidence crisis. The people must be convincingly persuaded that those who seek to lead them have the honesty and the competence to do a reasonably good job.

But merely convincing the people is not sufficient. The goods must be delivered and must be delivered soon because we are running out of options, save that of permanently dividing Cyprus into two pieces. My position is crystal clear: unconditionally accept the Guterres framework with one single red line – the securing of the independence of northern Cyprus from the suffocating political and economic embrace of Turkey, the latter to become a friend and ally but not an overlord of Cyprus. I hasten to add that the securing of the independence of northern Cyprus should be attained in a manner that would serve and protect the interests of the Turkish Cypriots.