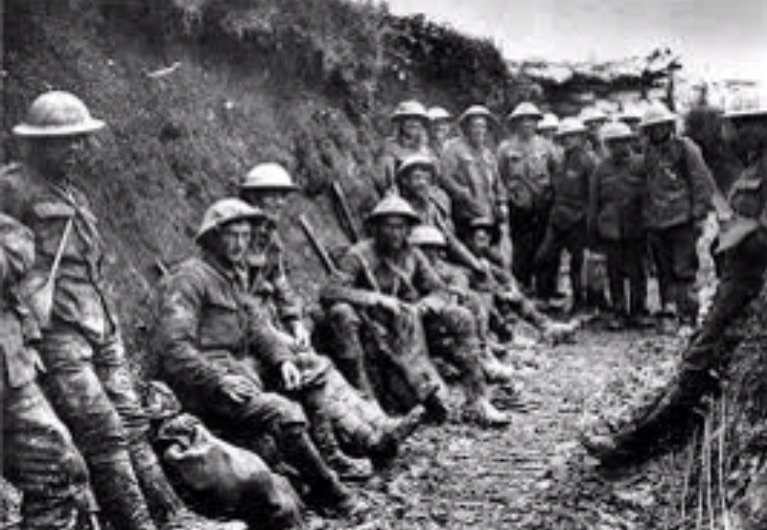 The Battle of the Somme where Britain suffered over 57,000 casualties

There’s a 1945 John Wayne movie entitled ‘They Were Expendable’ and for some, those of us who have experienced the trials, tribulations, successes and failures of life and have attained three score years and ten, are indeed deemed ‘expendable’ and should be sacrificed on the covid altar. On the first day of the Battle of the Somme, 01st. July 1916, Britain suffered over 57,000 casualties which included almost 20,000 fatalities so the young in that appalling context were also ‘expendable’. What price death be it for the old and the young.

I accept that fatalities in Kyproulla haven’t been on the scale as witnessed in many other countries but it’s all relative. From what I’ve read, out of approximately 3-4,000 daily tests, about 150 or so have proved positive for covid-19. As a Paphite resident, by and large people have stuck to the rules and coupled with the fact that as a society our houses tend to be spread out, the incidence of infection seems to be relatively low. Cypriots have a reputation for being undisciplined but in the context of covid, this ‘accolade’ belongs to other nations, especially Britain and America it would seem.

Cyprus is caught between a rock and a hard place. It relies on tourism and has placed Germany inexplicably in category A and Britain in B. Why the former have been allowed to arrive on the island with no mandatory testing is a mystery but Mammon is the obvious criterion. However, regarding Britain, it’s now academic as lockdown from this Thursday forbids foreign travel. It should be noted that as well as hospitals being on the front line, the same has applied to employees in Cypriot hotels. For the record, some have succumbed to the virus.

Finally, I happen to know the writer of this column and I would like to assure him that not all of us septuagenarians live on the fat of the land with bulging bank balances and money cascading down upon us. Defeating this pandemic has to be achieved with a measured response and yet with certain controls in place. There IS a middle way and what we’ve witnessed is a chorus of invective from both sides of the covid divide which serves no purpose other than unnecessarily inflaming emotions.