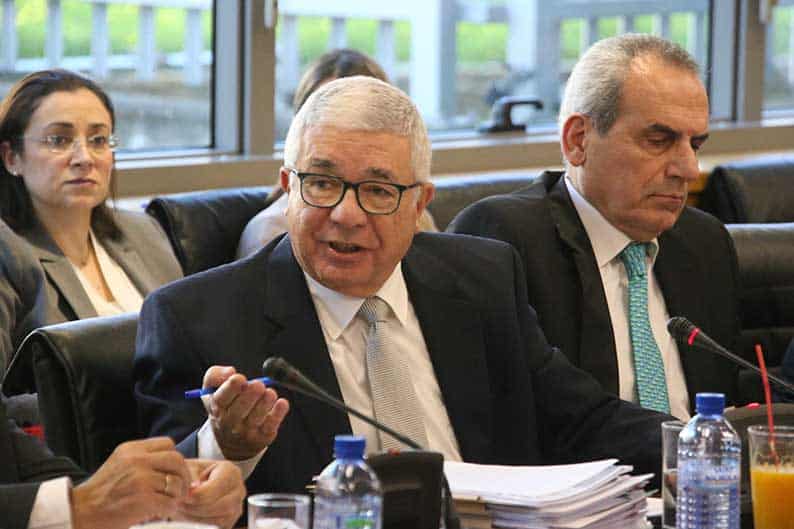 Government spokesman Kyriacos Koushos said on Monday nothing would be covered up during an investigation into the island’s citizenship by investment programme, as he sought to turn the tables on the opposition over its criticism of the government.

An independent four-member committee has been set up to probe the programme after repeated reports and allegations it had been used to grant citizenships to dubious individuals.

It was appointed in September, following a report by Al Jazeera the previous month that Cyprus was granting citizenships to dodgy characters. This was after the government had vehemently denied the allegations, suggesting Cyprus was being targeted deliberately.

Before the committee had even started its work, Al Jazeera followed its first report with a second one, an undercover video this time, showing then House president Demetris Syllouris and his close friend Akel MP Christakis Giovanis, offering to help a fictitious Chinese businessman with a criminal record secure citizenship.

Both men have since resigned while the government terminated the programme but not in time to stop the EU from seeking sanctions against Cyprus.

Koushos appeared adamant on Monday that the committee, headed by former supreme court judge Myron Nikolatos, would leave no stone unturned to get to the truth. However, certain events since its appointment have sown the seeds of doubt.

“There is no one stopping the committee or intervening,” Koushos told reporters. “Everything will be investigated by the committee and we will see findings. I don’t think anyone can dispute the legitimacy, credibility, ability and honesty of its members.”

Along with Nikolatos, the committee is made up of deputy auditor-general Kyriacos Kyriacou, the head of the securities and exchange commission Demetra Kalogirou, and financial ombudsman Pavlos Ioannou.

Initially, the attorney-general appointed former supreme court judge Costas Pampallis as a member but he quit citing personal reasons on October 13. He was replaced by Kalogirou.

Also, according to the auditor-general, Kyriacou was there in his personal capacity and not representing the audit service.

In a bid to dispel suggestions of conflict of interest, 50 days after its appointment on September 7, Nikolatos said he had recused himself from any cases handled by the law firm that employs his daughter – the same firm where the government spokesman was a partner.

He also said that before assuming the position, he had been in negotiations with a private university whose president is a big developer to teach law.

He was talking about the Neapolis university in Paphos, which he did not join because of the appointment.

Koushos stressed that his firm had handled a very small number of applications until the day he was appointed spokesman and none since.

“There is nothing wrong with any case,” he said.

Of the accusations made by Diko and its chairman Nicolas Papadopoulos, Koushos said President Nicos Anastasiades’ law firm had been investigated by the auditor, the Bar Association, and Moneyval, and nothing wrong was found.

“Yet they continue to regurgitate issues in a Goebbelesque way in a bid to cast shadows on the name, dignity, and credibility of the president,” Koushos said.

The spokesman said Papadoulos should answer why the website of the law firm bearing his father’s name, Tassos Papadopoulos and Co, presented him as an associate in 2015 while boasting that he was also the chairman of the House finance committee.

This was during a period when large international companies advertised their cooperation with the firm to promote the investment programme, the spokesman added.

At the same time, Papadopoulos declared income from the firm, but he never said where his shares went and under what conditions, Koushos said, of the Diko chairman’s claim that he no longer held any shares.