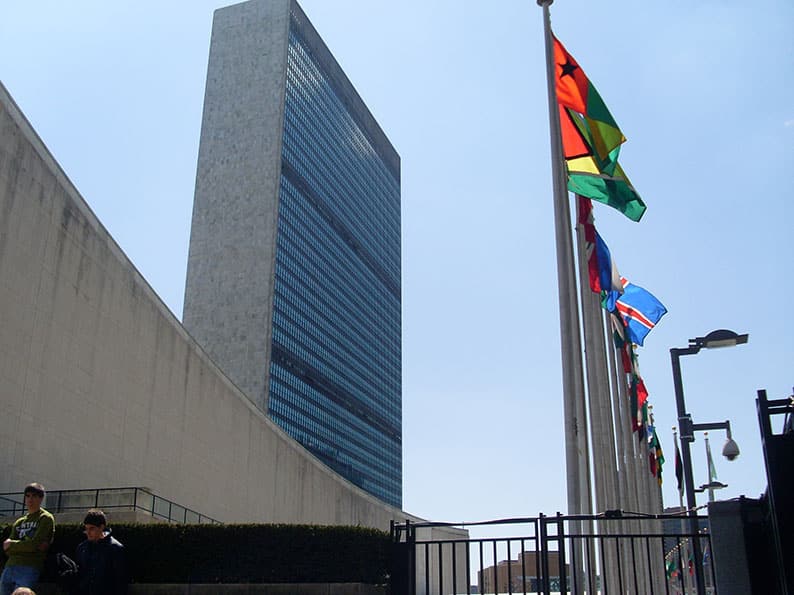 Artillery strikes on civilians in the Nagorno-Karabakh conflict could amount to war crimes, the U.N. human rights chief said on Monday, reiterating a call for Azerbaijan and Armenia to halt attacks on towns, schools and hospitals in the mountain enclave.

Separately, Armenia’s prime minister called for an investigation into the presence of “foreign mercenaries” in Nagorno-Karabakh after ethnic Armenian forces said they had captured two fighters from Syria.

Fierce battles continued along the front line of a conflict that has killed at least 1,000 people, and possibly many more. Nagorno-Karabakh is internationally recognised as part of Azerbaijan but is populated and controlled by ethnic Armenians.

She said in a statement that repeated calls for both Armenia and Azerbaijan to avoid the loss of civilian life and damage to civilian infrastructure had gone unheeded.

“Instead, homes have been destroyed, streets reduced to rubble, and people forced to flee or seek safety in basements,” she said. “Such attacks must stop and those responsible for carrying them out, or ordering them, must be held to account.”

Just hours after agreeing in Geneva on Friday to avoid the deliberate targeting of civilians, Azerbaijan and ethnic Armenian forces in Nagorno-Karabakh accused each other once more of shelling residential areas.

Citing data from both sides of the conflict, Bachelet said about 40,000 Azeris had been temporarily displaced by the latest fighting while some 90,000 ethnic Armenians had fled Nagorno-Karabakh and were currently in Armenia.

International rights groups have also accused both sides of using banned cluster munitions, most recently in the shelling of the Azeri city of Barda on Wednesday.

Armenia’s foreign ministry said the Artsakh Defence Army, its name for the ethnic Armenian forces in Nagorno-Karabakh, had captured two Syrian combatants over the weekend, one from Idlib province and the other from Hama.

Armenian Prime Minister Nikol Pashinyan said in a Facebook post that the involvement of “foreign mercenaries” was “a threat not only to the security of Nagorno-Karabakh and Armenia but also to international security and this issue should become a subject of international investigation.”

The Nagorno-Karabakh defence ministry said fierce battles took place along parts of the front line on Monday and that it had repelled an Azeri platoon. A spokesman for the ministry said a deputy commander in the Artsakh army was killed in combat.

Azerbaijan’s defence ministry said it had repelled an attack on its positions in the high ground of the Zangilan district, between the enclave and the Iranian border, while army units in the Gazakh, Tovuz and Dashkesan regions also came under fire.

MPs say no expenses for oversight board until sewerage scandal sorted