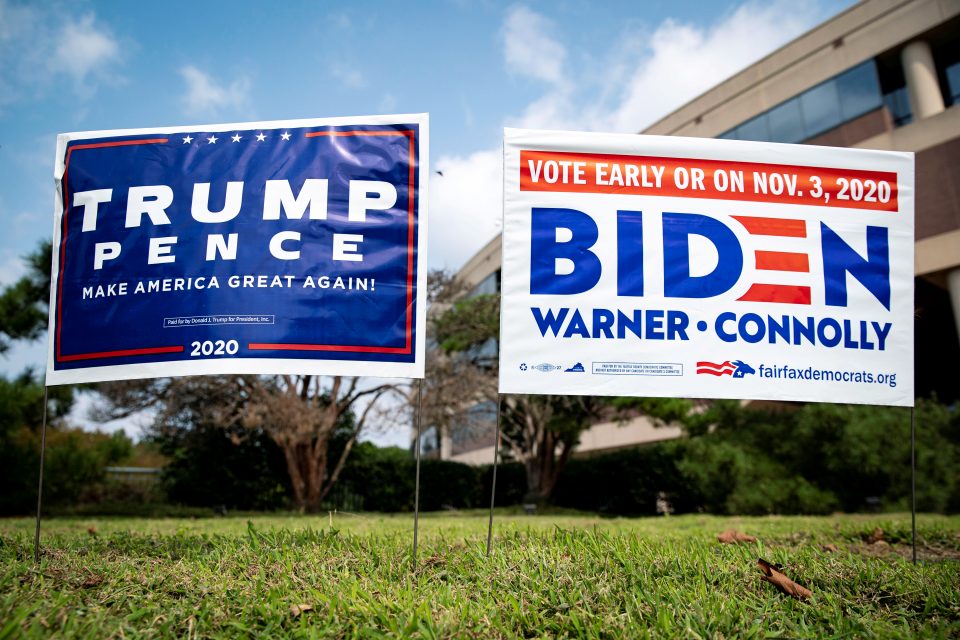 President Donald Trump and Democratic challenger Joe Biden on Wednesday each faced narrow paths to potential victory in a close-fought U.S. presidential election that will be determined by a razor-thin margin.

Six states remain to be called — Georgia, Michigan, Nevada, North Carolina, Pennsylvania and Wisconsin — with Biden needing to carry at least three to win, while Trump would need at least four.

The outcome is almost certain to come down to millions of absentee ballots that were the first cast in this election and often are the last to be counted.

At 6 a.m. ET (1100 GMT), Biden held narrow leads in Nevada and Wisconsin. Trump held slim leads in Georgia, North Carolina, Pennsylvania and Michigan, though tens of thousands of ballots remain to be counted in those states, many of them votes cast by mail in the areas around major cities, which traditionally favor Democrats.

Here are Trump’s and Biden’s paths to victory:

Trump’s most likely road to victory goes through Pennsylvania, a state he carried in 2016. If he wins there, he will have to win three of the other battleground states to secure 270 electoral votes. If he doesn’t win Pennsylvania, he’ll have to sweep the remaining five.

Trump led the voting in Pennsylvania about 55% to 43% with about 75% of the votes likely counted.

The state’s biggest cities, Philadelphia and Pittsburgh, have reported only a small share of their election results so far, and those results traditionally favor Democrats. Beyond that, many of the ballots that remain to be counted were filed by mail, and the state has said many more Democrats than Republicans cast mail-in ballots this year.

Pennsylvania offers one other wrinkle: Its state courts have ordered officials to count absentee ballots that were cast by Tuesday so long as they arrive in the mail by Friday. (Trump has criticized the U.S. Supreme Court for permitting the change and the case could return to the court after the election.)

Biden’s most likely road to victory goes through Nevada and Wisconsin, states where he held narrow leads early Wednesday morning as officials worked to tally the final votes. If Biden wins those states, victories in Georgia, Michigan or Pennsylvania would give him enough to win.

Trump held a lead of about 51%-47% in Michigan, but many of the votes remaining to be counted there were mail-in ballots from Detroit and its suburbs, where Democrats have historically enjoyed an electoral advantage.

Officials in Nevada, where Biden had a razor-thin 49.3%-48.7% lead with 86% of expected votes counted, said they would not resume counting ballots until Thursday morning.