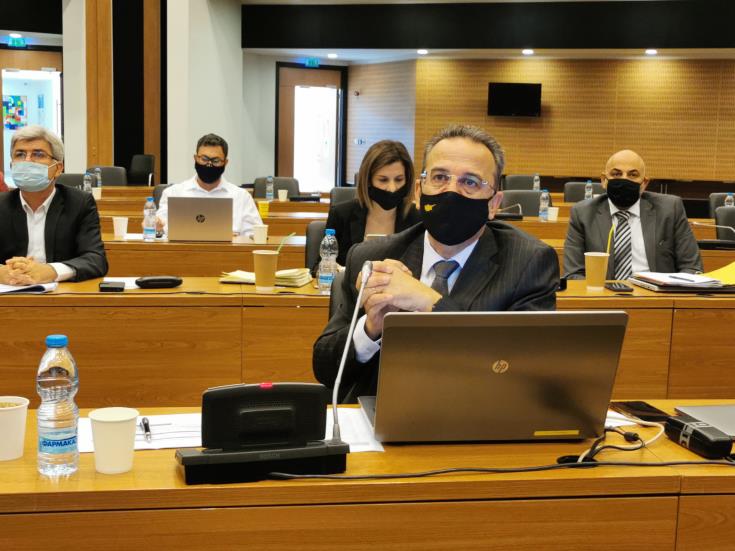 The digital transformation of the government should follow a two-tier plan, whereby small projects are finished fast while bigger ones have a longer time frame, deputy minister of research, innovation and digital policy Kyriakos Kokkinos said on Thursday.

This will make the transformation happen more quickly and with greater efficiency, he argued.

Talking about the two-speed plan, Kokkinos referred to smaller projects with lower costs and a fast implementation which have an immediate positive impact on the economy and longer-term projects with higher costs.

“The need for this separation became apparent during the coronavirus pandemic, with the deputy ministry implementing in just 17 days the platform for electronic submission, evaluation and payment of bonuses set up during the lockdown, as well as the establishment of the SMS movement system,” he said.

A total of 164 state services have been registered for digitisation, such as the electronic payment of the social insurance fund, electronic submission of applications to the town planning department, electronic registration of students and members of the national guard, and also the registration of unemployed.

As he said, in a period of 18 months the majority of these services will be delivered, thus setting up the “factory for the production of digital public services”.

The second tier, he went on to explain, concerns big projects, the implementation of which takes two to five years and has a total budget of €236 million.

According to Kokkinos, the justice reform started in 2010 and was announced three times, but was twice overturned by appeals. The government, however, is proceeding with the interim solution concerning the electronic registration of cases and payments.

On cybersecurity, which he described as an important project, as state digital services are increasing, in turn increasing the state’s exposure to cyber-attacks, which “is part of our daily lives”, the deputy minister said the budget includes investments of €700,000 per year for the next two years.

Until an internal system is built, relevant services need to be paid for, he noted.

Asked about e-learning, Kokkinos said it is ready, since the issue of internet speed has been resolved. He noted that there are two challenges, one of which is the shortage of equipment, which is observed worldwide.

The second challenge concerns teachers’ reactions to the use of cameras, which, he noted, he does not understand.

“In all countries, including Greece, any issues regarding distance learning has been resolved.”

“The issue is a pedagogical challenge and this journey should have started a long time ago and this process will remain after the pandemic.”