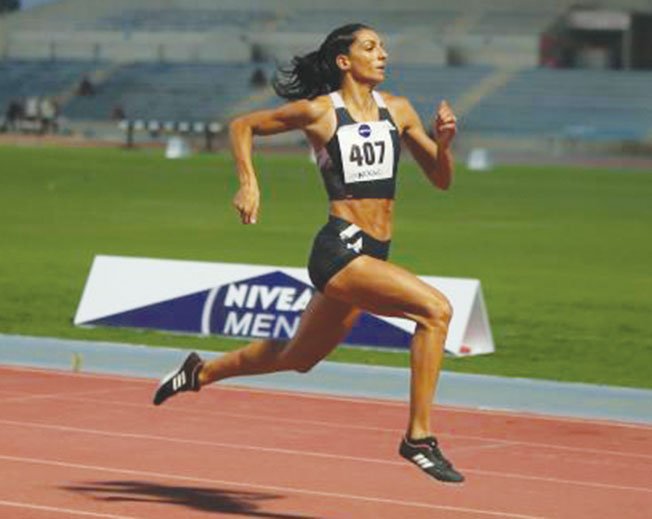 Cypriot track and field athlete Eleni Artymata is in training for her fourth Olympic Games in Tokyo next summer.

According to the Cyprus Amateur Athletic Association (Koeas), the most successful female athlete in Cyprus’ track and field history qualified on August 25, last year, when she ran the 400 metres in 51.34 seconds at an international meet in Madrid.

Artymatas’ preparation for the Olympics was disrupted in March due to the coronavirus outbreak, leading to the postponement of the Games to 2021.

Subsequently, sthe 34-year-old began a new training regime in September designed to put her in the best condition possible for Tokyo.

As per a statement released by Koeas, Artymatas’ preparation includes strength and conditioning exercises. It will not include track work for the time being and will not do so for at least one more month. The main chunk of the training regime will take place in North Africa with increasing intensity as she progresses.

Artymatas is aiming to break her own Pancyprian record of 51.14 seconds set on July 18, 2018 in Bellinzona, Switzerland.

“This year, we would like to focus on the 400 metres, meaning the type of training usually involved with this race, which aims to increase endurance at speed. This is our main goal. We work on this every year but this time we are increasing the emphasis on it”, Artymata said.

“In May we are hoping to start competing in a number of events. I would like to take part in as many competitions as possible because the 400 metres needs competitive races to help you find the right tactic and correct any mistakes”, Artymata added.

On the coronavirus, Artymata expressed her disappointment at the disruption suffered, particularly as it affected one particular objective at the time.

“There was a lot of uncertainty around the risks and dangers of the coronavirus at the time which led to the cancellation of a number of events. It also meant the postponement of the European Championship in Paris which was not the best for my confidence”, Artymata explained.

“We have lived with this virus for months now. Seeing that we are slowly getting back to normality, since there are scheduled competitions, including the Olympics in July, makes me not want to let anything influence my mental state”, she added.

“I am fully focused on my objectives. During training I am only thinking of what my coach demands of me, nothing else”, Artymata concluded.

Antonis Giannoulakis, Artymatas’ coach since 2004, expressed satisfaction at how Artymatas’ preparation has been coming along.

“My Eleni has been impressing me and seems to be able to take the physical demands needed to compete for a fair few years yet”, he said.

“She is much more mature and handles training very well, with economy in her mechanics, knowing exactly what to do”, Giannoulakis added.