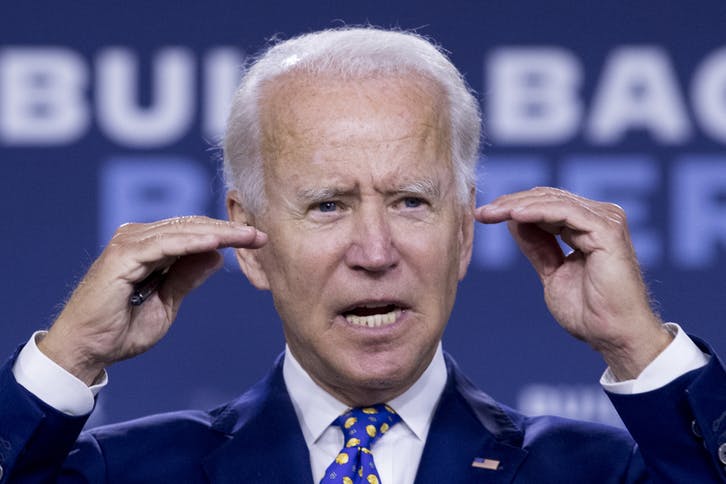 Gold, which is limited in supply and seen as a hedge against inflation in an era of ultra-loose monetary and fiscal policies, eased slightly to $1,942 per ounce after jumping over 2 per cent overnight.

Even gold, a traditional safe-haven asset, rallied overnight as investors looked forward to the conclusion of the U.S. election as a precursor to more fiscal stimulus in the world’s largest economy.

Oil prices were sluggish after a bout of profit-taking in early trade. Brent crude was down 1.73 per cent at $40.22 a barrel.

Investors expect Democrat Joe Biden to beat President Donald Trump and the Republicans to retain control of the Senate, allowing them to block the Democrats’ agenda, such as corporate tax hikes and massive borrowing for large spending.

A gauge of Asian shares rallied to a near three-year peak while the dollar stayed sluggish and U.S. bond yields slipped on Friday in anticipation that a divided U.S. legislature would limit major policy changes and keep the status quo on economic policies.

“With the prospects of fiscal stimulus constrained by a likely gridlock in Washington, monetary policy will likely have to do heavy lifting, boosting risk assets and putting pressure on the dollar,” said Hiroshi Watanabe, economist at Sony Financial Holdings.

Japan’s Nikkei average rose 0.7 per cent to almost its best level in 30 years while MSCI’s broadest gauge of Asian Pacific shares outside Japan rose 0.3 per cent.

U.S. S&P futures dropped 0.3 per cent in early Asian trade, a day after the underlying stock index rose 1.95 per cent.

Ten-year Treasury yield edged lower to 0.773 per cent, more than 150 basis points below the pre-U.S. election level seen on Tuesday. It had struck a three-week low of 0.7180 per cent on Thursday.

“There will no longer be the massive largesse people were imagining. After all when it comes to fiscal spending, the Senate really matters,” said Kazushige Kaida, head of FX sales, at State Street Bank’s Tokyo Branch.

U.S. networks project almost no Democratic gains in the Senate, though vote-counting is ongoing.

The Federal Reserve on Thursday kept its monetary policy loose and pledged to do whatever it takes to sustain an unsteady U.S. economic recovery.

With COVID-19 raging in the United States and parts of Europe, many investors assume more monetary stimulus will be inevitable.

The Bank of England expanded its asset purchase scheme on Thursday while the European Central Bank is widely expected to announce more stimulus next month.

Investors also focus on the stalled talks on a U.S. coronavirus relief package.

“We still anticipate that there will be a fiscal package in excess of $1 trillion next year,” said James Knightley, chief international economist at ING Group.

“This stimulus, when combined with a long-anticipated COVID-19 vaccine, can really lift the economy and drive growth. We consequently remain very upbeat on the prospects for 2021 and 2022.”

Trump’s campaign pursued lawsuits challenging the election process in several states but few investors expect him to retain the presidency through the courts.

In the currency market, lower yields undermined the dollar against many currencies.

A softer dollar supported the Japanese yen, which climbed to a near eight-month high of 103.43 yen against the dollar overnight. It was steady in early Asian trade at 103.52 yen.

Gold, which is limited in supply and seen as a hedge against inflation in an era of ultra-loose monetary and fiscal policies, eased slightly to $1,942 per ounce after jumping over 2% overnight.

Oil prices were sluggish after a bout of profit-taking in early trade. Brent crude was down 1.73% at $40.22 a barrel.

Even gold, a traditional safe-haven asset, rallied overnight as investors looked forward to the conclusion of the U.S. election as a precursor to more fiscal stimulus in the world’s largest economy.