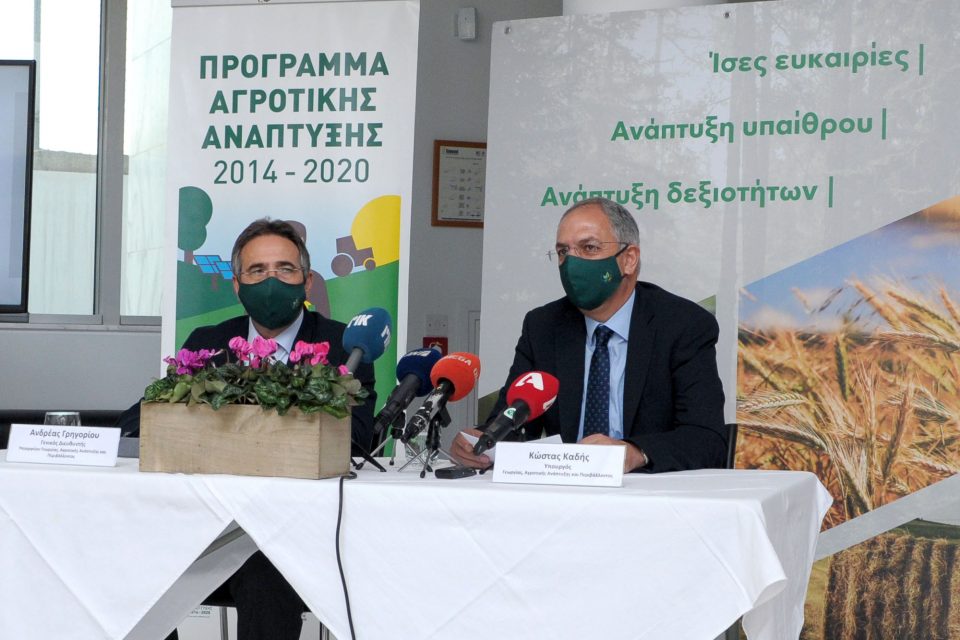 Kadis said that restrictions on catering establishments, the cancellation of flights, the dramatic drop in tourism arrivals and tourism more generally have curtailed demand for agricultural products and led to lower revenue for farmers.

The new package was drawn up after discussion with agricultural organisations and meetings with farmers in recent months, he added. It is partly funded from national funds as state aid and partly from the rural development programme 2014 -2020 which allows support for farmers in emergency cases.

Agricultural cultivations at an altitude of above 400 metres will receive €2.2m while €650,000 is earmarked for producers of vegetables, aromatic plants and strawberries. Vine growers will share out €500,000, another €250,000 will go to watermelon producers and €50,000 to olive growers at altitudes under 400 metres

Applications for support from the schemes must be submitted by November 17. The grants will be distributed with the amount of land under cultivation involved. Eligible beneficiaries are all those who have applied to the Cyprus Agricultural Payments Organisation for support in 2020. There is a maximum ceiling of €7,000 per beneficiary.

Speaking on behalf of farmers’ unions, PEK general secretary Michalis Lytras said the grants would offer some relief to producers but do not resolve all the problems.

Coronavirus: experts weigh in on reasoning behind stricter measures