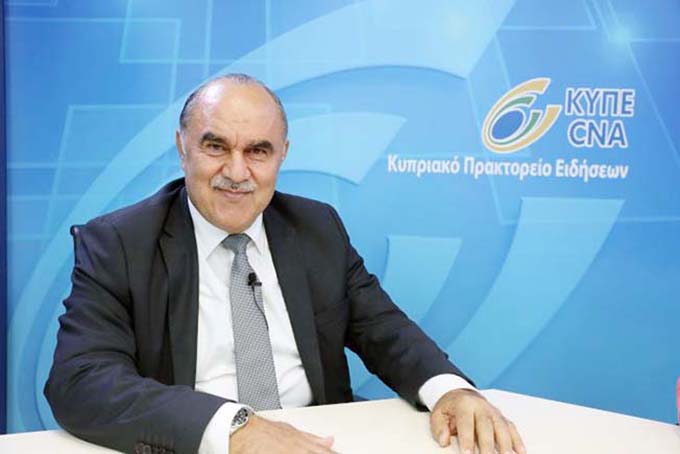 Cyprus Sports Organisation president Andreas Michaelides spoke to the Cyprus News Agency on Friday, saying that though reactions to the latest measures to curtail the spread of the coronavirus are understandable, especially from the world of sports, it is a sacrifice everyone must make for the benefit of public health.

“All of us involved with sports have the responsibility to take all required measures with no compromises so that we can keep the virus at bay”, Michaelides said, before adding that “positive cases have been found in every sport”.

The CSO president explained that the organisation does not have the executive authority nor does it influence the epidemiological team so that it can define the measures that are going to be implemented.

However, Michaelides did say that the CSO does have “opinions and suggestions” which it had already forwarded to the Ministry of Health for consideration.

“I will not fall into the trap of attempting to become a specialist epidemiologist and say what is or isn’t the correct thing to do. The CSO has its opinions and suggestions which we have sent to the Ministry of Health on time. We have been told that our suggestions have been put forth to the epidemiological team. I have to stress that we have never sat down with the epidemiologists in person to discuss these matters and we respect their opinions and their expertise”, Michaelides said.

“I must underline this last fact as we have been on the receiving end of hundreds of complaints and criticism saying that the CSO has not done this or that. If it was our own decision we would assume all responsibility and all consequences, but it isn’t our decision to make.

“We must acknowledge that we are indeed going through a very difficult period, a crucial period where measures have to be taken. If someone disagrees with some of these measures they have every right to do so, but I cannot believe that any Cypriot truly believes that measures must not be taken.

Unfortunately, this situation will continue, according to the experts, until the day a vaccine is released”, Michaelides added.

Michaelides was asked about the virus and how it has affected football and other sports, with the CSO president highlighting that any complacency with the mandated health and safety guidelines has dire consequences for the people involved.

“The virus has already made its way into football and this is worrying. Until now, however, the adherence of the protocols put in place has allowed the sport to overcome any issues and prevented the shutdown of the league. Those who are not following the protocols and do whatever they want are paying and will continue to be paying a heavy price. This goes for every sport.

“Ourselves at the organisation have very strict protocols in place for all of our sporting facilities and have given very strict guidelines to the CSO staff so that all protocols are faithfully followed”, Michaelides said.

Michaelides also stated that the CSO will not be lenient towards any partnering body which violates the protocols and spoke on future plans which will ensure that these protocols are being adhered to.

“We will not be merciful with any partner who does not fully implement these guidelines or with the interpretation of the content within them. I feel that until now and according to the updates I have been receiving from the organisation’s management, that this has been enforced to the maximum degree and that it will continue in this fashion until the very end.

“At the same time, I must say that we are preparing a task force after having talked with our political superior, the Minister of Education. This task force will inspect all of our sporting grounds and facilities on a daily basis to make sure that all guidelines are being followed”, Michaelides stated.

Michaelides clarified that this task force has not been instructed to go and report CSO staff or various sports clubs and their athletes, but rather it will help them identify gaps and weaknesses in their guideline implementation and recommend the appropriate corrective tasks.

Finally, Michaelides was also asked on whether positive cases have been found in other sports beyond football. The CSO president confirmed that this is indeed the case, but not to a very large extent.

“There have been a few incidents which are being handled with attention and control. There are only a few cases because they are in individual sports, there’s not a lot of people involved”, Michaelides concluded.

Blood reserves 15% lower than normal due to pandemic

Weekend mainly fine with some showers and dust