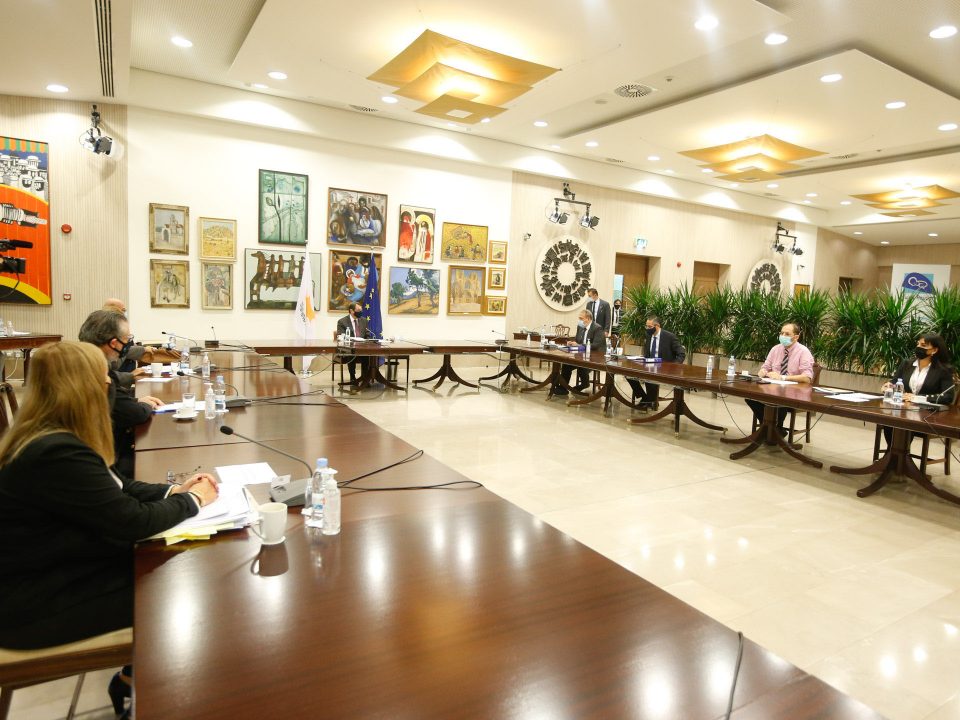 President Nicos Anastasiades asked Friday for any pending bills related to corruption to be expedited and outstanding recommendations by the European Commission and international organisations to be adopted as soon as possible, as the government seeks to correct its image in the wake of a public outcry over state corruption.

Anastasiades convened a broad meeting at the presidential palace where, according to the government spokesman, he “initially expressed his determination and political will to protect, to the highest degree possible, our country from corruption phenomena,” government spokesman Kyriacos Koushos said afterwards.

The president asked all department heads and authorities to assist towards that direction.

The meeting was attended by the House president, the attorney-general and his deputy, the justice minister, auditor-general, the chairman of the Bar association, the head of the anti-money laundering unit, and the internal audit commissioner.

The president asked for the approval process of certain pending bills to be expedited and to boost the protective net, he asked the recommendations made by various organisations and the Commission over the years be adopted as soon as possible.

According to the spokesman, Anastasiades said through the measures and full transparency it must be embedded in the minds of the people that authorities were determined, without exception, to stamp out every form of corruption.

A discussion followed in which the participants tabled recommendations that reinforced the proposals.
Anastasiades has also convened a meeting of NGOs on Monday to hear their views on the issue. Following the consultations, the president will announce proposals in a bid to tackle corruption effectively, the spokesman said.

The government, and the political class in general, have been heavily criticised recently after a video filmed by undercover Al Jazeera journalists showed the house president and an opposition MP offering assistance in exchange for cash to secure a citizenship for a fictitious Chinese businessman with a criminal record.

The two have since resigned but the video shot down the government’s narrative until that time that Cyprus had been unfairly targeted over its citizenship by investment programme.

The government has since shut down the programme but not before the EU launched legal proceedings against Cyprus, which could result in hefty penalties footed by taxpayers.
Cyprus scored 58 out of 100 and ranked in 41st place out of 180 countries on Transparency International’s 2019 Corruption Perceptions Index.

In 2019, the Council of Europe’s Group of States against Corruption (Greco) said Cyprus was among countries that have not fully complied with any of its recommendations regarding corruption prevention.

According to Greco’s annual report, which reviewed action taken by its 49 member states against corruption, in 2018, in respect of MPs, judges and prosecutors, and its most recent evaluation round focusing on preventing corruption in central government and law enforcement agencies, Cyprus had 14 non-implemented or only partially implemented recommendations, and was among countries with the highest number of pending cases.

I love this painting with Despo Michaelidou | Leventis Gallery

How stress affects your brain