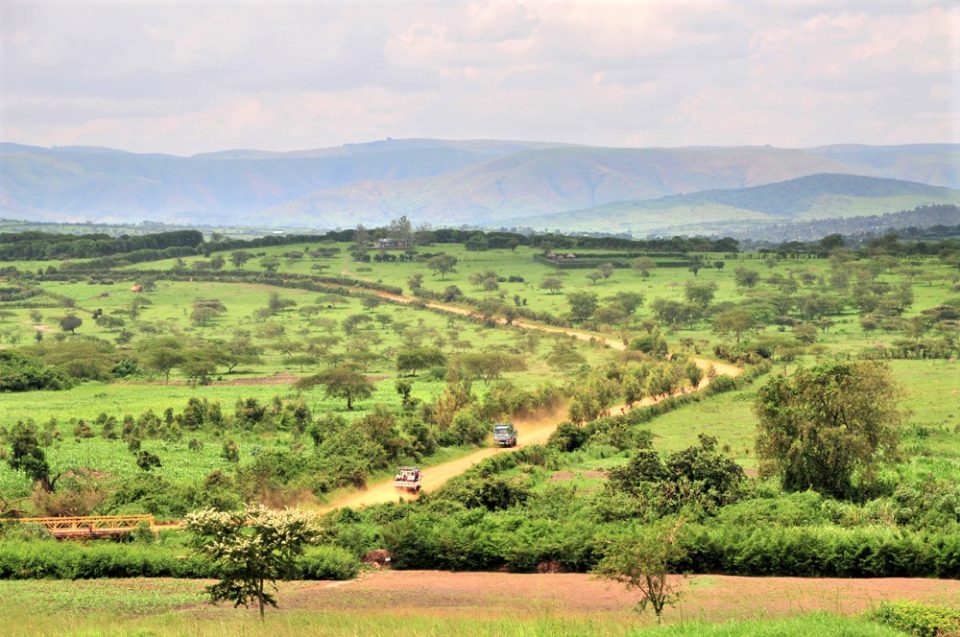 While Rwanda’s past is tinged with tragedy, its present is hopeful: this small, landlocked African nation is now finding its feet, helped by increasing numbers of foreign visitors – most of whom come to enjoy its incredible natural wonders…

For a start, there are the gorillas, while known as ‘the land of a thousand hills’, Rwanda is a natural paradise – dotted with tranquil lakes, mountain forests, and sweeping savannah, home to zebras, giraffes, elephants, buffalo, leopards, hyenas, and warthogs.

The country also has more than its fair share of people – Rwanda is Africa’s most densely populated nation. Given the country’s lack of natural resources, these residents are mostly involved in subsistence agriculture: an estimated 90 per cent of the working population farm the land.

While coffee and tea are major exports, everyday basics include potatoes, beans, sweet potatoes, cassava, wheat and maize, along with green bananas. What you won’t see is a lot of animal husbandry; yes, there are cows, sheep, goats, and chickens around, but shortages of land and water, insufficient feed, and regular epidemics mean the main foods are generally plant-based. 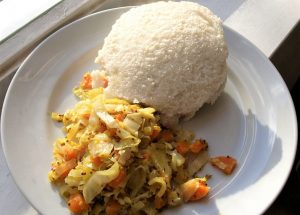 All of which gives us a very simple national dish: ugali. (Or bugali, depending on where you’re from.) A basic paste made from maize and water, this porridge-like dish is a staple across the region. Usually served with stew or sukumawiki, it’s a main feature of the African Great Lakes cuisine, where the method of eating is generally much the same: rolled into a ball and dipped into a sauce or stew of vegetables or meat.

Inexpensive, ugali is definitely the dish of the masses. But it’s not the only thing on the menu: matoke (made from baked or steamed plantains), ibihaza (pumpkins cut into pieces, mixed with beans and boiled), and ikinyiga (a paste of ground nuts) are also dietary staples, along with (if you’re lucky) isombe, which is made from mashed cassava leaves and served with dried fish.