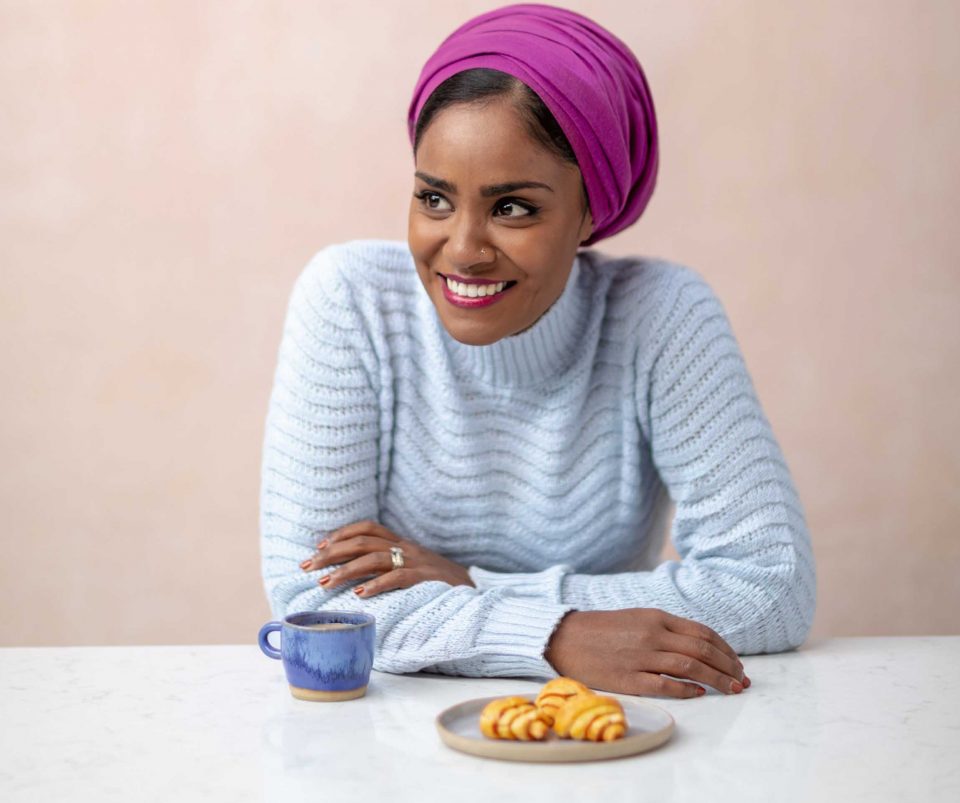 She might have found fame on a baking show, but Nadiya Hussain has never actually written a book specifically about breads, cakes, pastries and cookies.

“It’s really funny, because people just made the assumption that I had already done it,” Hussain says with a laugh. “But five years later, finally writing a book that’s just about baking is really exciting… It’s a book dedicated to some of the bakes I really, really love.”

Since winning the sixth series of The Great British Bake Off back in 2015, the 35-year-old has cemented herself as a true national treasure in the UK, through writing cookbooks and presenting her own BBC shows. As this is her fifth cookbook, Hussain well and truly knows how things work by now – but she says choosing which recipes to include for this one was trickier than normal.

Each bake had to be “something that I believe in”, she says, “and every single recipe I test at home – I do each one and it takes me weeks, months of testing”. It might sound arduous, but Hussain calls it “my most favourite bit, because that’s when I develop them and make them the best they can be”.

As we’ve come to expect from Hussain’s cooking, the bakes are accessible, delicious, and draw their inspirations from all over the world.

Baking has had quite the year too though, and Hussain understands why it’s used as a form of therapy. “Life is so busy, and what we do is spend so much time on the important, busy aspects of our life that we neglect the other bits of our life: our mental health,” she says.

She has been outspoken about her own personal struggles on that front, and says: “Baking allows me to look after the part of me that I neglect, which is my mental health.”

Luckily, any time she feels overwhelmed, there are more recipes to try and cakes to bake. “I certainly don’t have room to complain,” she says with a giggle. “I might have the best job in the world.”

60ml coconut oil, plus extra for greasing the tin

A pinch of salt

7 bananas, chopped and frozen, about 580g

Start by lining and lightly greasing the base and sides of a 20cm round loose-bottom tin, 7.5cm deep.

Make the base of the cheesecake by toasting the oats and the hazelnuts in a large frying pan on a medium heat for about five minutes until they just start to turn a golden brown, making sure to stir all the time to keep the oats moving. Pop them straight into a food processor and blitz to a fine crumb. Now add the coconut oil and the golden syrup, and pinch of salt, and blitz again ’til it all clumps together.

Throw the mixture into the prepped tin and, using the back of a spoon, press into the base and 2.5cm of the sides. Leave the base to chill while you make the filling.

Make the topping by taking out the frozen chopped bananas and adding to a food processor with the golden syrup, cinnamon and cocoa. As tempted as you might be to begin whizzing, walk away for five minutes and allow the bananas to defrost just very slightly so that they process more easily, then blitz ’til you have what looks like a soft-scoop ice cream. Quickly spoon the mixture on top of the prepped base and pop into the freezer ’til you are ready to eat.

Take the cheesecake out of the freezer, slide it out of the cake tin and put it onto your serving dish. Add the warm compote on top and leave for just a few minutes before slicing and enjoying.

The importance of asking questions

Golden eyes: How to recreate the dazzling catwalk look at home

Saving the Quasimodo of produce with jams and sauces