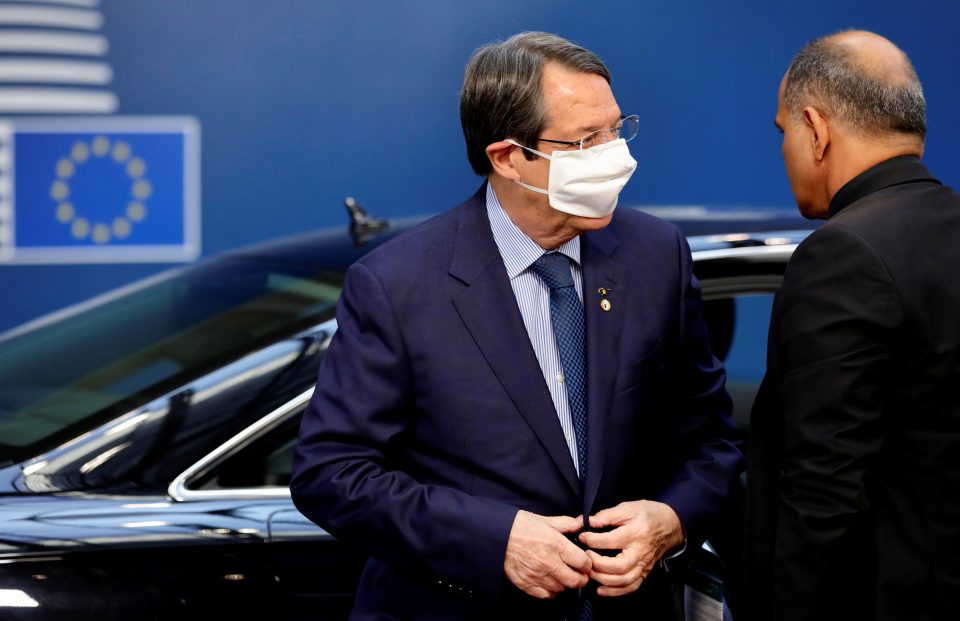 President Nicos Anastasiades will on Monday preside over a meeting with the advisory team on coronavirus to assess the latest epidemiological outlook and decide on what to do following the latest surge in Covid-19 cases.

The meeting is to take place on Monday at 7pm at the Presidential Palace in the presence of Health Minister Constantinos Ioannou.

According to government spokesman Kyriacos Koushos, Anastasiades convened for Monday the meeting “to evaluate the epidemiological outlook and make relevant decisions after the increased number of coronavirus cases that have occurred.”

On Saturday 314 cases were recorded and one death, setting a new record for the country, with the health minister calling on the public to abide by the measures. The new cases include 92 workers at a Nicosia slaughterhouse.

Member of the advisory committee, professor of microbiology/molecular virology at the University of Nicosia Medical School, Petros Karayiannis, commenting on the possibility of a lockdown, said on Sunday that there should be a gradual tightening of measures against the spread of coronavirus instead, unless things get out of control.

“We are taking one step forward and two back,” Karayiannis told the Cyprus News Agency (CNA), citing Saturday’s cases. He expressed hope that the existing measures will pay off. “Perhaps they started to pay off but somewhere things went wrong again,” he said.

Commenting on the 92 cases detected among staff at the slaughterhouse, Karayiannis said that considering that more could be found positive, this may be the largest influx ever recorded in Cyprus. He added that it may not be, however, given that the tracing process as regards other cases is currently underway in Limassol and Paphos, the two districts most affected by the spread of the virus.

Karayiannis stressed that each business ought to have a person tasked with supervising health issues.

He also stressed the importance of following the measures in place.

“If we want to celebrate Christmas, we must act according to what the measures dictate,” he said. But even if things are better by Christmas, he said, “we should limit our social encounters to close family.”

As regards the possibility of a lockdown in Limassol and Paphos, he said they have given time until November 16. “If things don’t change, there may be some changes.”

He expressed hope a nation-wide lockdown would be avoided through collective effort stressing that there will be no positive results if only a few people follow the measures.

Paphos mayor Phedonas Phedonos too made an appeal to the district’s residents to show self-discipline to avoid a second lockdown.

Speaking to CNA, he said he would try coordinate with the other mayors and community leaders of the district to send a message to the people that they need to act responsibly so that the crisis is overcome “with as few negative consequences as possible for society and the economy.”

He warned that it may take six months or even two years to recover from another lockdown.

Does innovation in the public sector have to be slow?