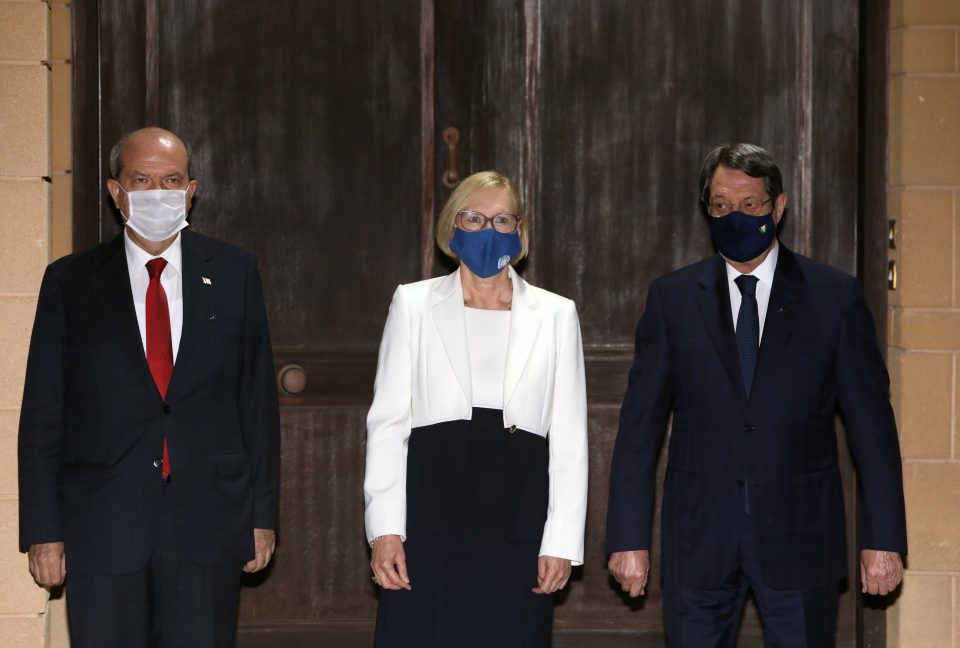 Serving up endless sterile ‘Nos’ has got us nowhere

Following the first, informal two-hour meeting between the Turkish Cypriot leader Ersin Tatar and the Greek Cypriot leader Nicos Anastasiades last Tuesday, it was said that the two leaders were “determined” to respond positively to the UN secretary-general’s anticipated invitation to an informal five-party-plus-the-UN summit to be attended by the two Cypriot communities and the three “guarantor” powers – Greece, Turkey and the United Kingdom.

If we go on the basis of what was publicly stated by the two leaders after the meeting, it seems that, apart from their agreement to attend the summit, they disagreed on everything else. Of course, nobody was taken by surprise, given that Tatar – both before and after his recent election – has been openly promoting the idea of partitioning Cyprus into two separate states.

Also notable are the references in the UN statement issued soon after the meeting, namely that the UN secretary-general intends “to explore the possibility of convening an informal meeting … at an appropriate stage”. These evasive words were presumably intended to trim down our expectations.

However, what I did find surprising the following morning was a suggestion made by Stavros Kyprianou, the presenter of the current affairs programme Proti enimerossi (First briefing), aired by CyBC. In a question he posed, he appeared to be suggesting that the Greek Cypriot side should “counter-balance” Tatar’s insistence on partition by promoting the idea of a unified state (instead of the bizonal, bicommunal federation or BBF supported and promoted by the international community and seen as being the only feasible arrangement that would be acceptable to the two Cypriot communities). I honestly felt that it was an unintelligent, childish suggestion on the part of Kyprianou. Fortunately, Neoclis Sylikiotis, an ex-MEP, and Xenia Constantinou, currently a member of parliament, who were participating in the programme, clearly disagreed with him and stressed the importance of being open, fair and consistent at the forthcoming informal summit.

I entirely agree with them that we should stick to the BBF with political equality, as prescribed by the UN Security Council resolutions. A failure to adhere to this line will inevitably undermine our credibility and will sabotage the only workable basis on which to plan the political future of Cyprus. Any other response to Tatar’s challenge would clearly be suicidal for the Greek Cypriot as well as the Turkish Cypriot community.

“Partition” (taksim) has always been the preferred solution of the Grey Wolves on the Turkish Cypriot side. However, the partition of Cyprus will clearly lead to the elevation of northern Cyprus into a district of Turkey that would be managed and controlled at a distance from Ankara. My prediction is that under such circumstances most Turkish Cypriots, who socially and culturally have few things in common with the mainland Turks, will simply vanish since their right to relocate to other EU member states will be automatically lost, as a result of the effective cessation of northern Cyprus to Turkey.

The partition of Cyprus will also spell catastrophe for the Greek Cypriots because, even though the Republic of Cyprus will likely remain for an EU member for a while, its long-term prospects will not be bright because of the uncertainty and the insecurity that will prevail amongst the population in the south.

Assuming that the Greek Cypriot leader is truly convinced that a federal arrangement is the ideal solution of the Cyprus problem, it is not sufficient for him to confirm his commitment to seek the attainment of this goal in a lukewarm fashion. He needs to come up with an imaginative, comprehensive plan to lure all Cypriots into promoting and supporting such a project. This is what the UN secretary-general has asked him to do but, so far, he has failed to deliver.

Understandably, Anastasiades may be reluctant to undertake commitments and steps that are irreversible without reciprocal undertakings on the part of the Turkish Cypriots and Turkey. The solution to this tricky problem is very simple. Embark on reaching and implementing a comprehensive solution within a short period of time, say within a period of three to six months. Make concrete proposals as to what is going to happen in respect of the hydrocarbons, the withdrawal of troops, security and in respect of all the other issues that are of concern to the man in the street.

Get the European Union, the United Nations and, in general, those who care about Cyprus to become extensively involved in providing problem-resolution mechanisms and in reassuring the Cypriots that the new setup will survive the test of time. At the same time, find practical ways and means of terminating the suffocating interference of Turkey in the political affairs of Cyprus while adequately and effectively securing and protecting the interests of the Turkish Cypriot community, not by merely delivering promises but by proposing and adopting concrete actions.

It will not be easy, but it is doable; it will take courage, vision and statesmanship. Our consistent practice of serving sterile “Nos” has got us nowhere.

Hopefully, the above information has clarified things for you. As it was previously mentioned, if you are not sure whether you want to allow the cookies or not, it is usually safer to leave cookies enabled in case it interacts with one of the features you use on our Site. However, if you are still looking for more information, then feel free to contact us via email at [email protected]com