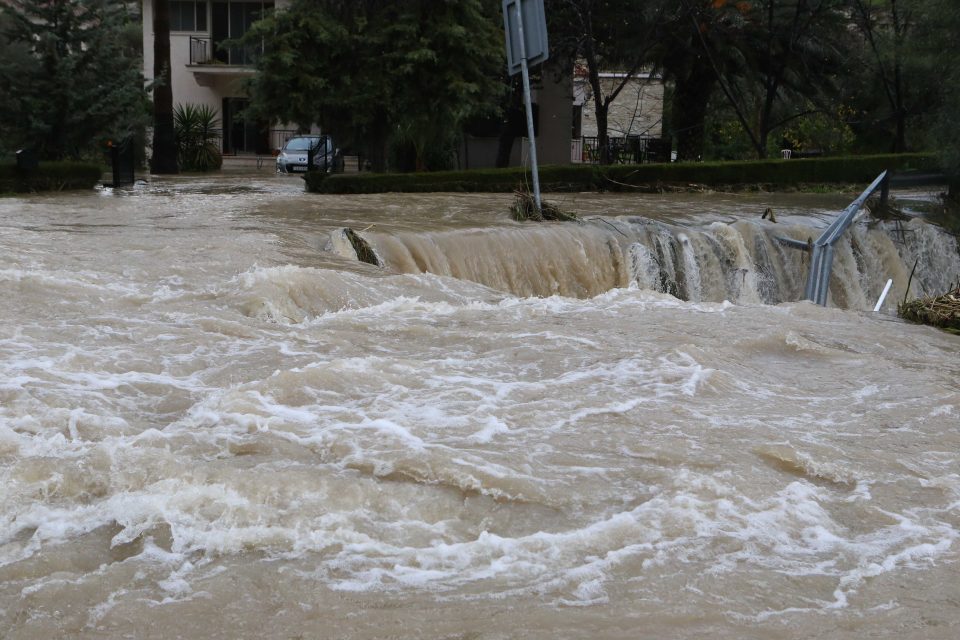 Speaking to the Cyprus News agency on Monday, Lambrou said that she has already briefed all mayors and community leaders in the Paphos district on how to take precautionary measures in order to avoid damage from the upcoming severe weather in Cyprus.

A yellow warning has been issued by the met office for Monday, in effect from 4.30am until 4pm. The intensity of rainfall during the day is around 35 millimetres per hour.

“Be aware of the potential for localised flooding of a small number of properties, with local disruption to outdoor activities. Difficult driving conditions due to reduced visibility and aquaplaning,” the met office warned.

Aside from thunderstorms, hail is also likely to fall during the day.

Lambrou urged authorities to take actions that will curb any potential damage created by the weather. Specifically, she called on single municipalities to regularly check and clean manholes and to avoid dumping garbage in riverbeds, as they might end up being filled with rainwater over the next days.

“I can confirm that each municipality I have spoken to is fully prepared to respond should the upcoming storms create any incidents,” she said.

Lambrou’s comments were also echoed by Polis Chrysochous mayor Yiotis Papachristofi, who said his municipality is ready to deal with storms, particularly after the refurbishment of a pipeline in Latchi, and by the Geroskipou mayor Michalis Pavlides, who said areas in the village affected by severe weather in previous years have been thoroughly cleaned.

Meanwhile, several power cuts were reported on Monday in Nicosia after a heavy storm overnight.

The areas of Latakamia, Engomi and Archangelos have been mostly affected by lightning. Two power lines were cut off in the village Psimolofou.

Papadopoulou added that much of the damage was repaired while other serious incidents are also expected to be taken care within the day.

Moreover, the Larnaca Sewerage and Drainage Board (LSDB) has also announced it is taking temporary measures to deal with any floods caused by severe weather events that may occur during the winter.

“It seems that we will have a delay in the construction of a large permanent pumping station in the area of Prodromou, which is one of the areas mainly affected by bad weather,” said LSDB director Angelos Hadjicharalambous.

“That pumping station will only be operative at the beginning of January, which is why we had to install four temporary and smaller pumping stations in the area in order to be able to deal with potential problems created by floods.

“We will deploy a larger number of LSDB workers on the streets of Larnaca this year, so that we can be fully prepared in case of need,” Hadjicharalambous said.

He also added that four meteorological stations have already been installed in Larnaca, which will give the LSDB workers around half an hour to react and take the necessary measures in the areas that will be hit by bad weather.