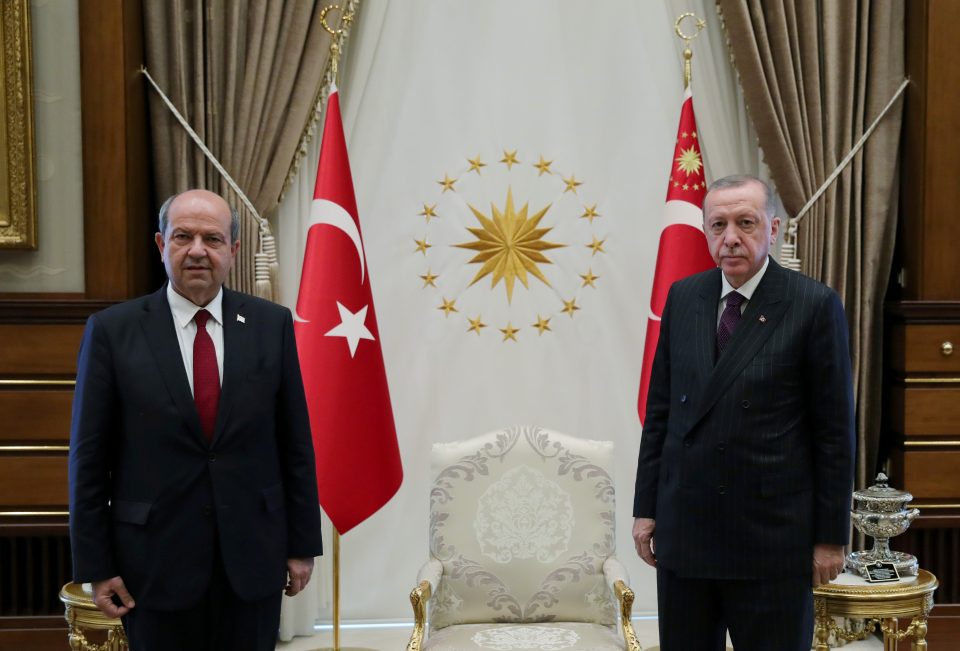 Turkish Cypriot leader Ersin Tatar said a five-party meeting is the last chance to reach an agreement with the Greek Cypriot side, as he rejected a federal scheme, insisting that a two-state solution was the only way forward.

In an interview with Turkish newspaper Sozcu, Tatar said it was clear he and President Nicos Anastasiades had different views.

The newly elected Turkish Cypriot leader, who had Ankara’s backing, said a five-party meeting would be a good opportunity to table new thoughts and approaches.

Tatar said in any potential negotiations, a two-state solution would also be on the table and Turkey’s guarantees would not be up for discussion.

“There will be realism on the issues of territory, property, nationality, and Turkey’s bonds with the Turkish Cypriots,” he said.

He said a map on territory submitted by former leader Mustafa Akinci during negotiations in Switzerland damaged their rights and interests.

“We reject this map, we don’t accept it, but it is clear the Greek Cypriots think they have it in their pocket,” he said.

Tatar said Cyprus was important for all countries in the region, both strategically and as regards trade, but it was more important for Turkey.

“If Cyprus falls into the hands of unfriendly countries it would be a serious weakness for Turkey’s security,” he said. “As soon as I sit at the negotiating table or when I talk to foreign diplomats, I must protect the rights and interests not only of Turkish Cypriots but Turkey too.”

On energy, Tatar said steps cannot be taken in the region without the participation of Turkey and the Turkish Cypriots.

Orban threatens to veto EU budget over rule of law