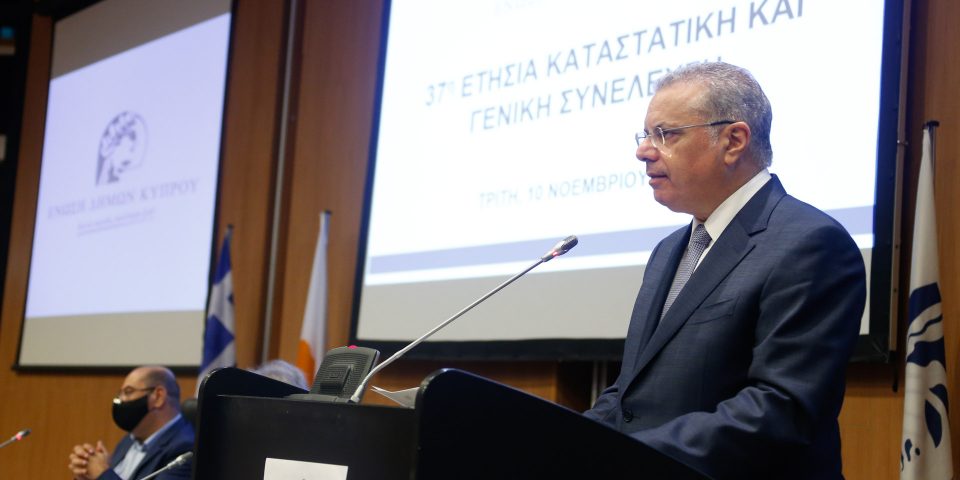 Nouris addressing the union of municipalities

Interior Minister Nicos Nouris urged parties to set their differences aside on Tuesday and approve bills covering the much-needed local authority reform that has been delayed for years.

Speaking at the union of municipalities’ annual general meeting, Nouris said approval of the bills providing for the overhaul of the local authority system would be a victory of the people, not the government.

“Do not let petty differences be an obstacle,” he said. “We must look ahead. Society demands it, this is what’s expected of us.”

Nouris said the pandemic confirmed the existing administrative model was finished, emphatically highlighting the weaknesses of the system, which would have collapsed without state financial support.

“This would have happened if amid the crisis the government and the interior ministry had not bolstered the municipalities’ cashflow, paying the state grant earlier, and suspending the payment of the instalment to the state and banks,” Nouris said.

The bills provide for sweeping reforms and mergers, from 30 municipalities to 17, while the 576 local councils in the Republic will be consolidated into 37 complexes covering about 300.

Studies have shown that smaller municipalities provided services at double the cost.

With the mergers, the local authorities are expected to achieve economies of scale of between €30m and €50m, which will represent 50 per cent of their resources. The other half will come from the government.