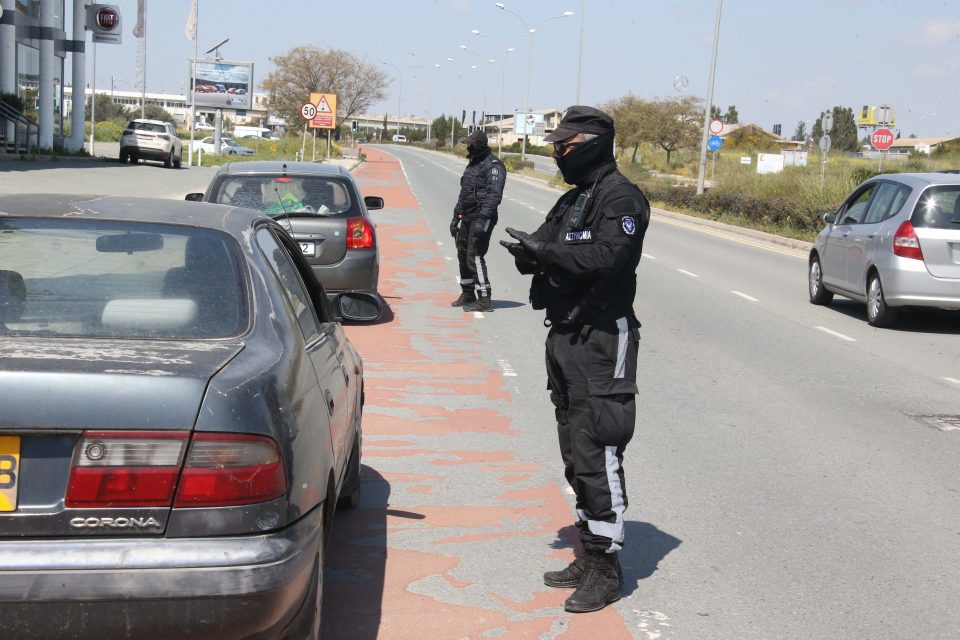 Limassol and Paphos districts will enter an almost complete lockdown, beginning Thursday night and lasting until November 30, with the focus on restricting movement.

Exceptions to the movement ban to those districts will apply to essential workers such as doctors, nurses, teachers and so on. Movement for travel purposes to Larnaca and Paphos airports is also allowed.

For the rest of the island, the situation remains largely unchanged apart from some notable exceptions such as the banning of visits to hospitals and care homes.

Ahead of the announcement of the new measures, President Nicos Anastasiades highlighted the severity of the situation in the Limassol and Paphos districts.

He said that since October 28, Cyprus recorded 2,644 new coronavirus cases along with eight deaths due to the virus.

Some 1798 of those cases – or 68 per cent – and seven of the deaths are from Paphos and Limassol permanent residents.

He added that 72 per cent of patients being treated for coronavirus are from those two hotspot districts.

The measures in Limassol and Paphos are similar to the measures taken in March but not identical.

The lockdown includes a ban on public gatherings, but outdoor sports are permitted, provided no more than two people are together.

As for schools, lyceums and higher education colleges will close and lessons for those students will move online from November 16 while nurseries, primary and secondary schools will remain open.

Notably, gatherings of up to ten people in a household is still permitted.

Church services will not be allowed but weddings, funerals and baptisms may go ahead with a maximum limit of ten people.

People who are not working in essential services will work remotely.

Visits to hospitals are not allowed.

Restaurants, bars, cafes and other such venues will only be allowed to operate on a take-away and delivery basis.  The former service is only available until 8pm.

Public markets (open-air fruit markets for example) will operate at a 50 per cent capacity.

Public transport will only allow 50 per cent of the maximum persons inside.

Operation of large, enclosed shopping areas of over 500sqm is prohibited, with exceptions for food shops and so on.

Beauty parlours, hairdressers, barbers, gyms and tattoo shops and other similarly non-essential services are to close.

As for the rest of the island – Nicosia, Larnaca and Famagusta districts – the picture remains essentially the same as before, although there are some notable exceptions.

The major changes include: a ban on visits to care homes and other centres with people in vulnerable groups. But people with disabilities may be visited twice a week.

No entry or exit to the migrant reception centres will be permitted, barring those who work at the facilities.

Campsites, luna parks, play areas are to close and events such as art exhibitions will not be permitted.

The 11pm curfew remains in place and restaurants and bars must close by 10.30pm as before.

Supermarkets, mini-markets etc will be open until 10am only to those aged 65 and over or people with disabilities.

“I would like to reiterate that these are critical moments,” he said. “And they will become even more critical if we do not act with the same sense of responsibility and solidarity as we successfully did in dealing with the first wave of the pandemic.”

Health Minister Constantinos Ioannou said that the measures were taken in accordance with the advice and guidance of the European Centre for Disease Control and Prevention, which he said, emphasised the necessity of focusing restrictions at a local (district) level.

Further advice from the World Health Organisation was consulted when considering the areas which are considered to be high risk factors, Ioannou said.

But Ioannou and Anastasiades said that the measures took into account the physical, financial and mental wellbeing of those impacted.

Ioannou provided further context to illustrate the situation in Limassol and Paphos, stating that since the beginning of the pandemic until September about 28 per cent of cases were from those two districts.

This has risen sharply however, as he said, with those districts now accounting for over 70 per cent.

He also struck a conciliatory tone, acknowledging that psychological fatigue has set in for many.

“The fact that [after eight months] we do not have a clear picture of when we will have either an effective vaccine or treatment causes great uncertainty,” he said.

“I am confident that each of us recognises the need to once again act responsibly for ourselves and the collective good.”

A medieval abbey trapped by tides and time